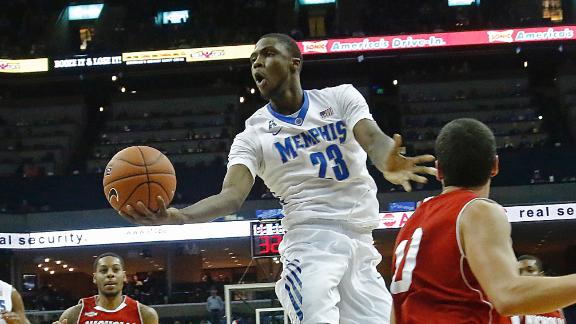 Memphis transfer Kuran Iverson has enrolled at Rhode Island and will suit up for the Rams next season, sources told ESPN.com.

Iverson left Memphis earlier this month after being suspended for a violation of team rules. Sources told ESPN's Jeff Goodman that Memphis coach Josh Pastner kicked Iverson out of the program following that suspension.

A 6-foot-9 small forward from Connecticut, Iverson was the No. 33-ranked prospect in the ESPN 100 for the Class of 2013. Once considered among the top prospects in the country, he failed to live up to expectations at Memphis, averaging 4.6 points and 1.9 rebounds per game as a sophomore.

Iverson will become eligible for Rhode Island after the fall semester next season and will have two and a half years of eligibility. He is former NBA star Allen Iverson's cousin.