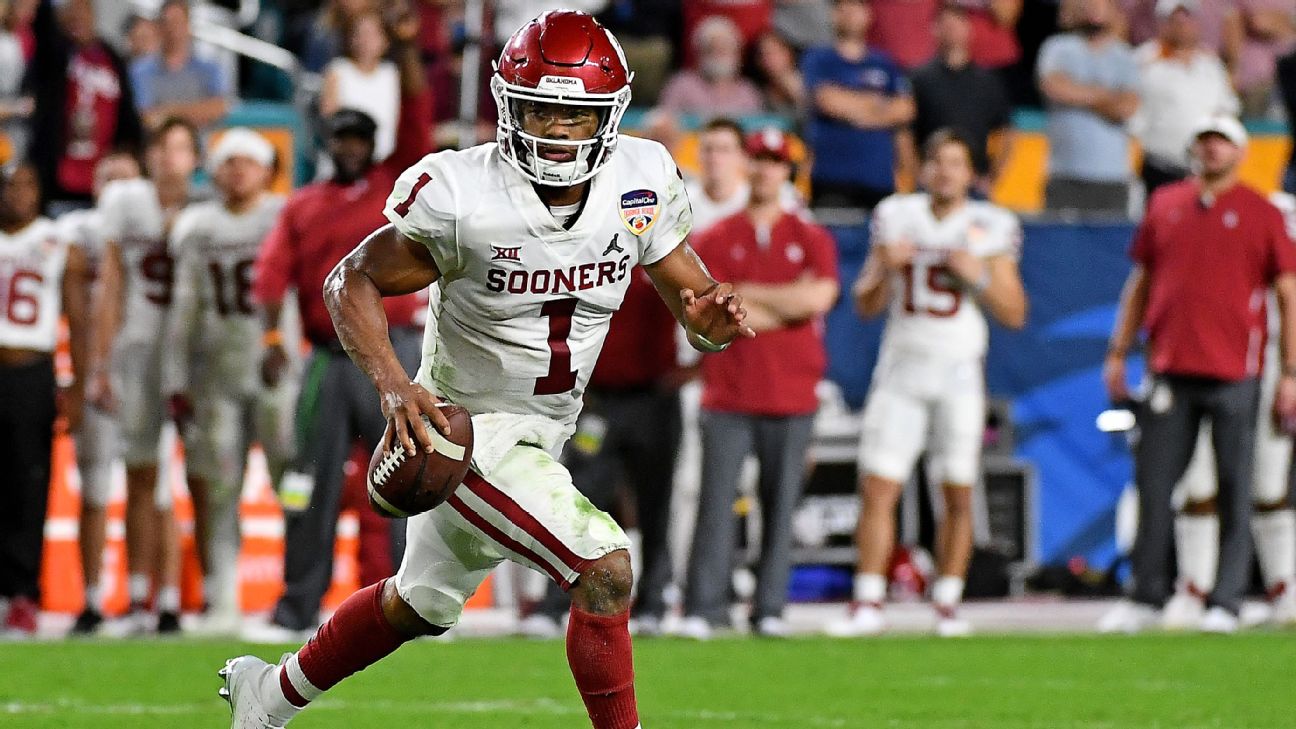 ESPN
By Kevin Seifert
Oklahoma quarterback Kyler Murray has declared for the 2019 NFL draft. The 2018 Heisman Trophy winner will leave school a year early to join a league perpetually starving for young passers. Or maybe not ...

Murray, who isalso a center fielder for Oklahoma's baseball team, already had a contract in place with the MLB's Oakland Athletics, who paid him a $4.66 million signing bonus last June after making him the No. 9 overall pick in the 2018 amateur draft.

The first question was: Will he declare for the NFL draft? But the answer only opened up a new bag of questions. How will it all play out?

Let's run through the possibilities and answer the biggest remaining questions, with insight from ESPN MLB Insider Jeff Passan.

So, this means he's going to the NFL and quitting baseball?

Maybe, but not necessarily. On both counts.

Monday was the deadline for underclassmen to declare for the 2019 NFL draft. If Murray hadn't registered by then, he would have had to wait until 2020 for another opportunity to play in the NFL. So in reality, this move allows him to extend his window for deciding what he will do in 2019. Declaring for the NFL draft merely means that, after a 72-hour window, he can't return to college football.

Maybe he won the Heisman Trophy, but is he really a top NFL prospect? Isn't he 5-foot-9?

Yes and yes. NFL fans might not be too familiar with Murray, who only started for one season at Oklahoma. But he is the kind of dual-threat player -- 4,361 passing yards and 1,001 rushing yards -- that NFL teams are more than willing to take on in this era. The NFL hasn't had a starting quarterback as short as Murray since Doug Flutie retired in 2005, but height is one of only a few drawbacks on Murray's otherwise exciting resume.

Where would Murray go in the NFL draft?

There is some evaluation left to do, be it at the NFL scouting combine or at the Oklahoma pro day or in private workouts. But ESPN's Adam Schefter has reported that Murray is being discussed as a likely first-round pick. As NFL teams have integrated college schemes, "hybrid" quarterbacks have become more attractive in the draft. And this 2019 quarterback class isn't as strong as that of 2018, when four were drafted in the first 10 picks, and a total of five went in the first round.

Is this dual path about money or passion?

Both. The 2018 college football season was a life-changer for Murray, who figured he would be reporting in February to A's spring training. He now has an opportunity to earn more money, and make big money quickly, than if he stayed with baseball. The A's have committed $4.66 million to him, but every first-round pick in the 2019 NFL draft will receive at least double that total.

So is there anything baseball can do to sweeten the pot?

Yes. According to Passan, Major League Baseball has given the A's permission to offer him a major-league contract by putting him on their major-league roster.

So he would have to play for the A's this season if he sticks with baseball?

No. If he accepted that offer, he would still start in the minor leagues -- sources told ESPN most likely at High-A Stockton. But he would count toward the A's 40-man major-league roster limit. Murray would have four options, meaning he would need to join the A's full time by the 2022 season at the latest, though Oakland intends to promote him aggressively.

What happens to the $4.66M signing bonus the A's gave him if he chooses football? And what about the first-round pick the A's used?

According to Passan, there is language in Murray's contract for the A's to recoup the bonus should he pursue a professional football career. The draft pick would be forfeited -- typically teams get a pick the next season when their first-round choice doesn't sign -- but the A's would retain Murray's rights. He would be placed on the restricted list. If he left football to play baseball, he would enter the A's system on a minor league contract. Unless, of course, he negotiated a major league deal, through which Murray could recoup the millions he would give up if he chose football originally.

Football might offer more money sooner, but aren't baseball players better off in the long run?

OK, so what is the next step?

Murray could announce a final decision at any time, pending negotiations with the A's. But the first flash point would seem to be Feb. 15, when the A's open spring training. If he is serious about pursuing football in 2019, it wouldn't make sense to spend his pre-draft training on a baseball field.

We should definitely know by the combine, right?

Probably. It's scheduled to start on Feb. 26. That's six weeks from Tuesday.

Any other dates worth watching?

Is there any chance he would try to play both sports? Doesn't Russell Wilson do that?

Almost certainly not. The standard NFL contract prohibits players from participating "in any activity other than football which may involve a significant risk of personal injury." After playing minor league baseball while he was in college, Wilson has visited major league spring training as an NFL quarterback, worked out with other players and sat in the dugout during games. He did receive one at-bat during an exhibition game, to which the Seattle Seahawks agreed beforehand.

But could Murray try?

Sure, if he can leverage his talent enough to convince both teams to waive their concerns. If an NFL team used a lower-round draft pick to secure Murray's rights -- even after he reported to A's camp and then to the minor leagues -- that team could conceivably add him to its roster once the baseball season is complete. Murray would be placed on that NFL team's reserve/did not report list at the start of training camp. Then he could be activated at any point until Week 13 of the regular season. 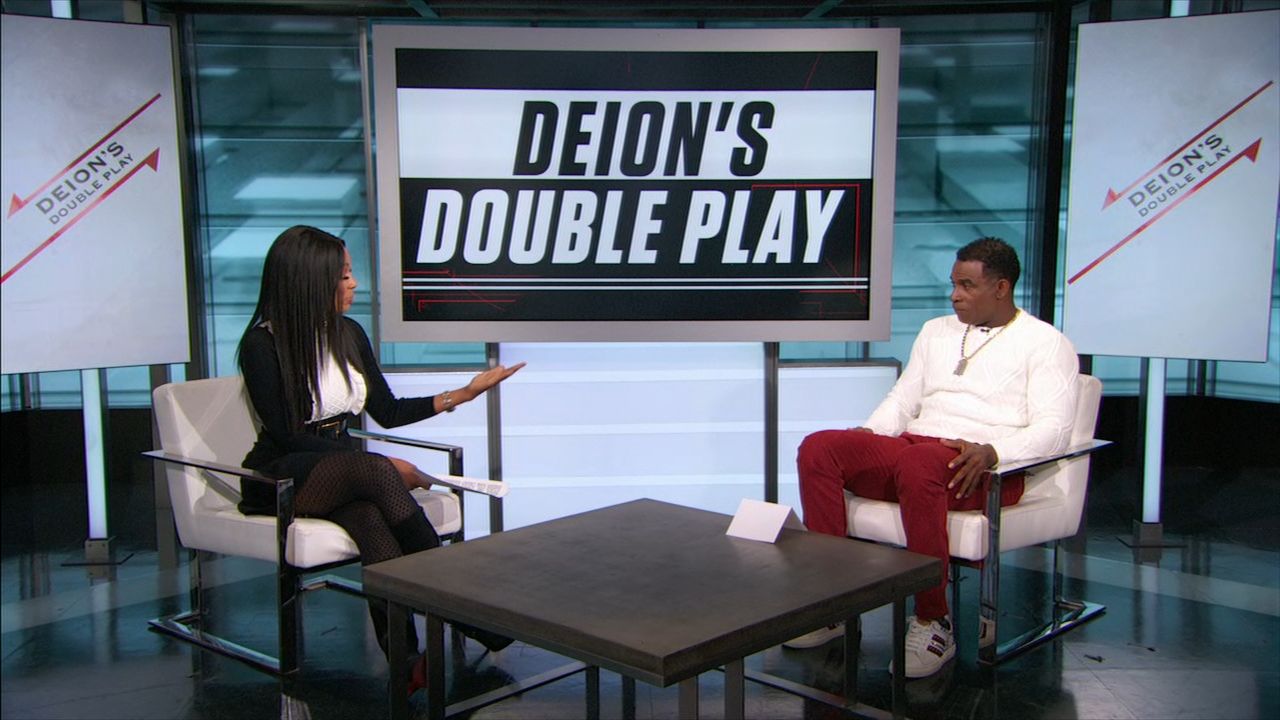