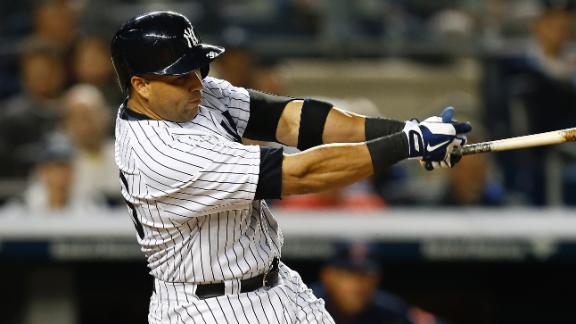 Tony La Russa told ESPN.com on Monday that while he respects manager John Farrell and understands his frustration over two key replay calls that went against the Boston Red Sox this weekend, it's "premature" to question the integrity of baseball's replay system just two weeks into its existence.

"One thing I'd say to John -- and I'd love to talk to him because I have great respect for him -- is that, in fairness to the process, we need to keep working at it," said La Russa, a Hall of Fame manager who helped devise the new system for Major League Baseball. "I don't know what the period of time is, whether it's a month or six weeks or whatever it is, but we all have learned from what we've seen.

"But I think it's premature to say the process isn't going to work or he doesn't have confidence in it because, in my opinion, the process has been really remarkable in how well it's worked so far. I'm amazed, in fact, that we haven't had more hiccups."

Farrell's frustrations boiled over Sunday night, when he became the first manager to be ejected for arguing a decision made by replay umpires, not the umpires on the field. The Red Sox manager then raised eyebrows across the sport by saying afterward: "It's hard to have any faith in the system."

Two weeks and 185 games into the season, there have been 84 calls reviewed. Of those, 28 calls (33 percent) have been reversed.

La Russa said Monday that "I don't even get upset" with those comments, because "they're in the spirit of the competition."

"I understand what was said," said La Russa, who managed 33 years in the big leagues, "because it's all in the context of competing to win a game. The whole game revolves around two teams trying to win a game. So in your heart, your gut, your head, you're supposed to get fired up, as a manager, about the key things that help you win or help you lose. That's the way this is supposed to work."

La Russa also said that Farrell's interpretation of Sunday's close play at first base, which reversed an inning-ending double-play call, was incorrect.

The initial call on the field from first-base umpire Bob Davidson was that the Yankees' Francisco Cervelli was out at first on the back end of an around-the-horn double play. Yankees manager Joe Girardi challenged that call, and it was reversed by umpires in the replay command center.

The Yankees scored a run on the play, which proved pivotal in a 3-2 game.

Farrell said afterward that he believed the replays were "inconclusive" and said the "frustrating part is that, when this was rolled out and explained to us, particularly on the throw received by the first baseman, we were instructed when the ball enters the glove -- and not that it has to hit the back of the glove -- is where the out is deemed complete."

La Russa, however, said that isn't how umpires are instructed to make that call. In fact, he said, the opposite interpretation is true -- that umpires are being instructed that a catch is only complete when the ball hits the first baseman's glove, not when it first reaches the glove.

The reason for that, he said, is that umpires on the field are taught to make that call by "watching the foot hitting the bag and listening to when the ball hits the glove. And the most important sound, when they're listening, is the ball hitting the back of the glove, because that's what makes the loudest sound.

"So what's upsetting John about this call is explainable," La Russa added. "The way the replay umpires are looking at it, it's when the ball hits the back of the glove, that's when it's deemed a catch."

La Russa said he spent three days last week observing and working with umpires and technicians in the replay command center, but he was not there Saturday, when a review of a play at second base in another Red Sox-Yankees game also went against Boston.

In that game, Farrell challenged a call that ruled that the Yankees' Dean Anna was safe at second on a double to right field. Replays later showed that Anna's foot came off the bag while Red Sox shortstop Xander Bogaerts was still applying a prolonged tag. That safe call was upheld by the replay umpires, but MLB issued a statement Saturday night acknowledging that the call should have been reversed.

La Russa said he "didn't know exactly what mistake was made" during that review but said he thought people like Farrell should be viewing MLB's statement -- admitting that an incorrect call was made -- as encouraging.

"I applaud the honesty of that response," La Russa said. "If I were in uniform right now, or if I were an owner or a fan, I would have been excited to see that MLB [isn't claiming that] 'we're never wrong.'"

Farrell later questioned whether the replay officials had seen all the angles that his team had seen. Later that day, Washington Nationals manager Matt Williams expressed similar concerns about a review of a call at first base that went against his team in Atlanta.

"I'm extremely frustrated by the process at this point," Williams said after that game, "because if they're seeing the same feed that we're seeing, I don't know how he's out."

La Russa said Monday that "there are no views they're getting in their clubhouse that [the replay command center in] New York is not getting."

While there has been furor over several missed calls despite the presence of replay, La Russa said there have been five or six games where the use of replay corrected a call that would have changed the outcome of a game. So he defended the system to critics who have focused on the mistakes, controversies and delays rather than the many correct calls that have been made.

"What, in my opinion, has been remarkable is that, after two weeks, the process has been as efficient as it's been, when you consider all the reviews of these calls, the response of this system and all the moving parts," La Russa said. "If you had told me at the beginning, when we started this, that two weeks later, the hiccups would have been so few and far between, I would have challenged that."

Yankees Edge Red Sox To Win Series
Carlos Beltran's two-run homer was the big blow in the Yankees' 3-2 win over the Red Sox.

SweetSpot TV: Early Thoughts On Replay
Eric Karabell and David Schoenfield discuss how the league has handled the first week of instant replay.