Luke Walton 'got his point across' to reeling Lakers, Nick Young says 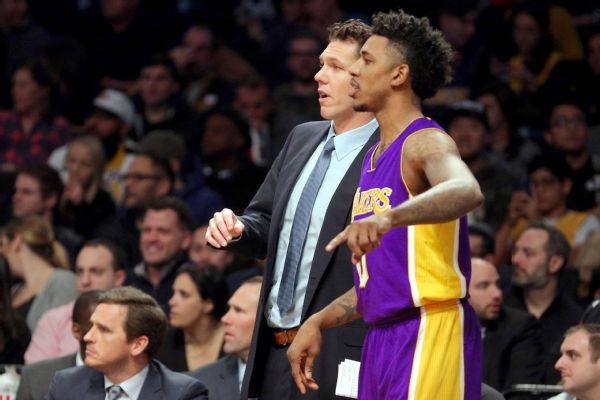 "He raised his voice. He got his point across today," Lakers guard Nick Young said of Walton, a first-year coach. "Just mentally being soft and calling us out. We got to step up to the plate. I know I'm not soft. My teammates aren't soft, so we got to show him and prove ourselves."

Lakers forward Larry Nance Jr.pointed out that Walton, known for his laid-back demeanor, has raised his voice before.

"Luke is a player's coach, but he can get onto us," Nance said.

Walton pointed out after his team's107-97 defeat how the Lakers squandered "little moments in the game that I felt we could've made a little distance and we casually approached as a group."

He added: "As a group, as a team, we've got a lot to learn about winning and how hard it is. It's frustrating, but it's where we're at. It's like I told the guys, we're going to find a way out. When that is, time will tell."

The young Lakers, who are led by the league's youngest head coach in the 36-year-old Walton, have struggled with injuries following their surprising 9-7 start after posting a franchise-worst 17-65 record last season.

The Lakers will play the 76ers in Philadelphia on Friday. The game will be televised by ESPN.

When asked what the Lakers should focus on heading into Friday's game, Russell said: "I don't want to talk about the problems anymore. I don't want to come together as a group and talk. I want to get a great practice in and go down there [to Philadelphia] and don't say nothing. I don't even want us to talk to each other. I just want it to be a straight business approach going into this game."

Russell added: "It's not what these fans are used to. It's not what Coach is used to. Our main focus is turning around the organization, and there's losses here and there, but eight and 10 and 12 in a row -- that's not us. I don't want to talk about it anymore. I don't want guys to speak their minds -- I just want to come in and get to work." 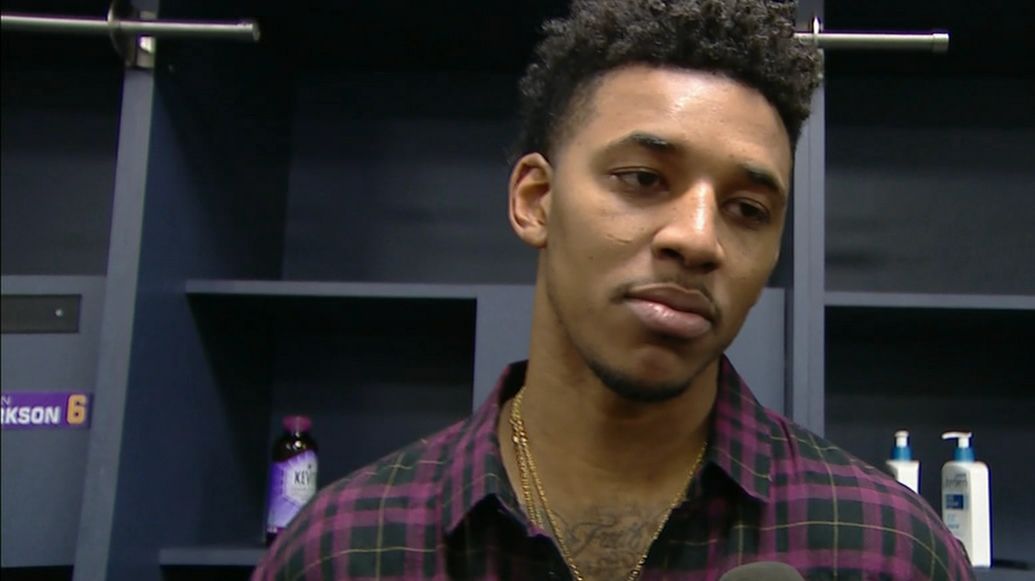