Madison Bumgarner in the HR Derby would be great fun

ESPN
By Jim Caple
Madison Bumgarner wants to compete in the Home Run Derby. And he should. Because seeing a pitcher compete alongside the likes of Bryce Harper or David Ortiz or whomever else would make baseball even more fun.

After all, during Sunday's batting practice in St. Louis, Bumgarner slammed more than 12 balls over the left-field fence, two into the third deck and one into the fourth deck. Just imagine how fun and exciting it would be to see a pitcher crushing home runs like that during the Home Run Derby. If Bumgarner did so, not only would Petco Park shake like a 7.0 earthquake had hit San Diego, social media would explode more than if Donald Trump and Hillary Clinton batted against each other in the Derby, with Bernie Sanders throwing from the mound.

"I've never seen a pitcher do that before,'' said Robinson Cano, the winner of the 2011 Home Run Derby. "If Bumgarner wants to do it, it would be fine. He hits bombs, a lot of bombs. I don't think there would be anything wrong with it. He can hit bombs and that's what people want to see.''

Indeed. Bumgarner is the MadBomber with the bat. He has hit 11 home runs in the past three seasons and has 13 in his career, most among active pitchers and just one fewer than Babe Ruth hit as a pitcher. He has been averaging a home run in almost 6 percent of his plate appearances the past three seasons, an even higher ratio than Mike Trout during that span.

Nelson Cruz said "it would be good'' to have a pitcher in the Derby. Of course it would. Who wouldn't want to see a pitcher bat with the likes of Harper, Kris Bryant, Ortiz or Trout in a home run competition -- and possibly out-homer them all? It would be like getting the chance to see Trout take the mound and pitch against Harper, and possibly strike him out.

I mean, how excited did anyone get watching Todd Frazier win last year's Derby? For that matter, do you even remember that Frazier won it? You definitely would remember for years if Bumgarner won.

It also would link the MadBumbino to the great Bambino. The first home run in All-Star Game history was swatted by -- big surprise here! -- Babe Ruth. The Bambino slammed a two-run shot over the right-field fence at Comiskey Park in the 1933 game. That gave Ruth both an All-Star Game home run and a career World Series record of 3-0 with a 0.87 ERA. No one else has been able to match that combination of feats. But Bumgarner is someone who could accomplish something similar in the Derby.

After all, Bumgarner has an even better World Series record on the mound than Ruth -- 4-0 with a 0.25 ERA. The chance to kind of match Ruth by homering during one of the All-Star competitions (albeit one that did not exist in 1933) is just another reason to include him in the Derby.

San Francisco manager Bruce Bochy, however, says he won't allow Bumgarner to hit in the Derby, worrying the pitcher could wear himself down. Cleveland manager Terry Francona says it would be fun to watch Bumgarner hit in the Derby but he completely sympathizes with Bochy's take.

"I think it would be really fun for the fans. But I can see where the Giants might be [against it],'' he said, mimicking a facial expression of extreme discomfort. "I understand that. It would be tough. It would be like if Corey Kluber asked me if he could be in the home run contest.

"I'm with my guys every day. I'm not with Madison Bumgarner. Bochy knows him inside and out. I'm sure whatever they come up with will be the right thing. I'm just glad I'm not in that position.''

Bochy and Francona have won a combined five World Series so they know what they're talking about. But Bochy needs to change his stance and allow Bumgarner to take part in the Derby. For one thing, batting in the Derby does not lead to second-half declines as many believe. As FiveThirtyEight.com research shows, participation in the Derby has little to no impact on a player's power numbers in the season's second half.

Besides, Bumgarner is a pitcher, so how would taking a few extra swings of the bat affect his arm? He takes batting practice all the time. Hitting some pitches into the seats is not going to result in Tommy John surgery. It's just going to energize fans.

And don't just limit the Derby to Bumgarner. Add Jake Arrieta, who has three home runs the past two seasons. And to make it really interesting, let Arrieta hit and pitch in the Derby. Last year, Arrieta hit as many home runs as he allowed from June 17 until the end of the season (two). He could surpass that in the Derby.

Baseball also should fly in Japanese star Shohei Otani, who pitches and plays outfield/DH for the Nippon Ham Fighters. Still just 21 years old, Ohtani is 33-13 with a 2.70 ERA and 512 strikeouts as a pitcher and has hit 27 home runs -- 27! -- at the plate. If he hit in the Derby, he not only might win, he probably would receive a $500 million contract from a team.

Adding those pitchers would make the Derby much more interesting and much more fun to watch. At the very least, let the MadBumbino do it. And just as important, also let Bumgarner bat during the actual All-Star Game, and perhaps truly match what the Bambino did 83 years ago. 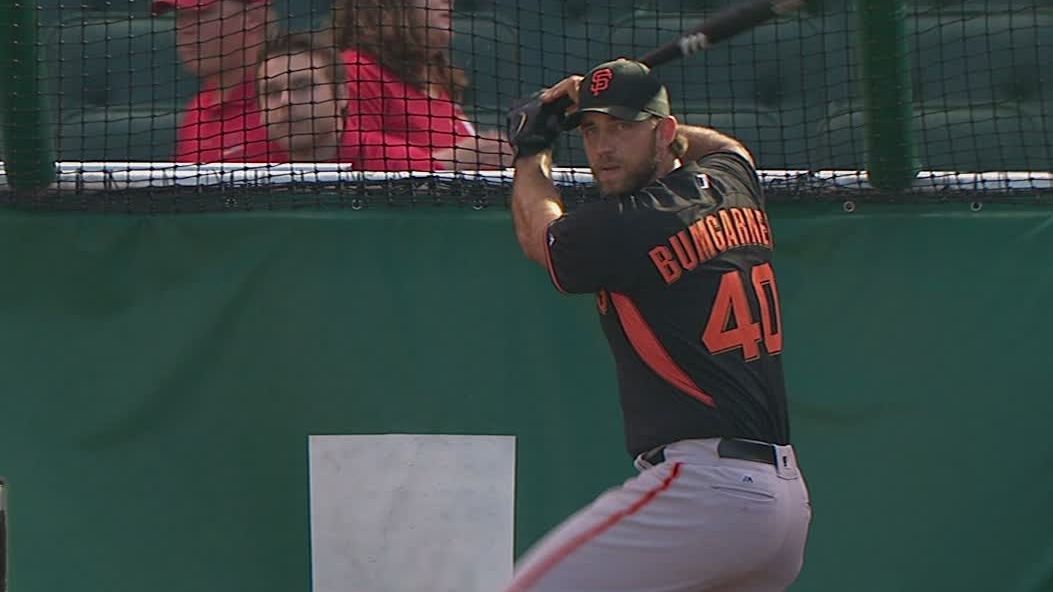 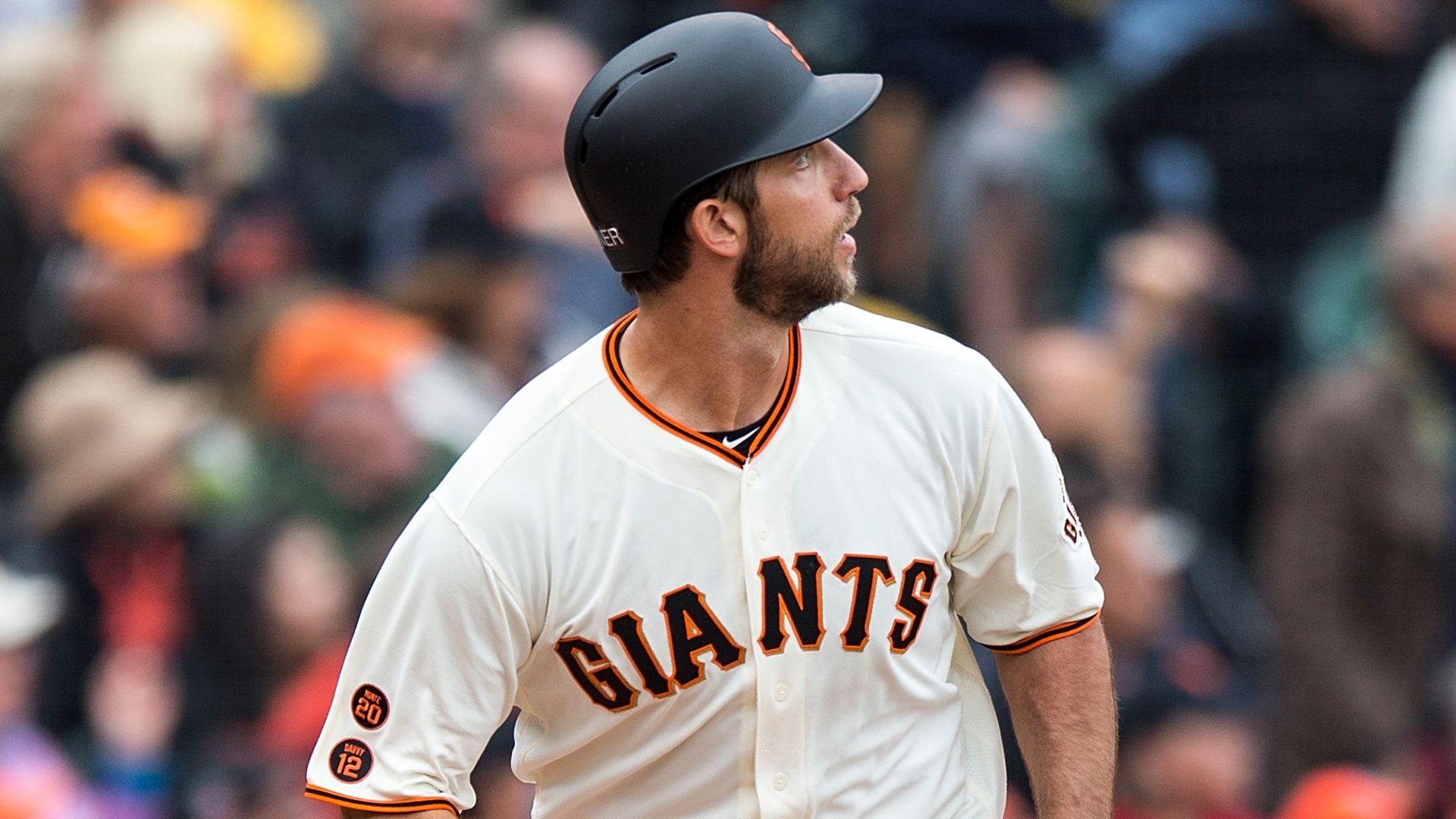 Olney: Derby injury risk for Bumgarner overblown
Buster Olney explains to Russillo & Kanell that someone playing in the All-Star Game is at far greater risk for injury than Madison Bumgarner would be if he participated in the Home Run Derby.
Related topics:
sportsespnmadison bumgarnermlbnelson cruzbruce bochysan francisco giantsrobinson cano
Copyright © 2021 ESPN Internet Ventures. All rights reserved.
More Videos
From CNN Newsource affiliates
TOP STORIES
Lawsuit filed against Bank of America for unemployment fraud
Here's why seniors must wait for the COVID-19 vaccine