Mets to go with six-man pitching rotation into August 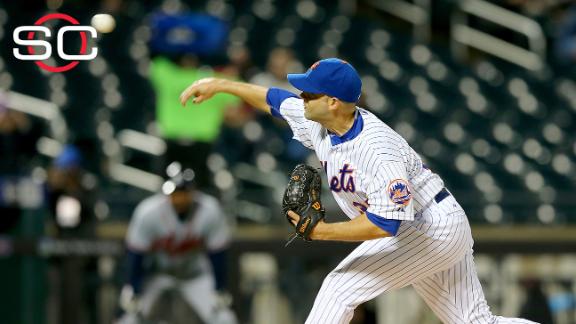 NEW YORK -- Major league teams expanded to a five-man rotation in the mid-1970s. The New York Mets are now poised to take things a step further.

After Dillon Gee makes a final rehab start on Wednesday night with Double-A Binghamton, the Mets are expected to add the right-hander to what will become a six-man rotation. Pitching coach Dan Warthen indicated the Mets likely will stick with that extra starter in the rotation through early-to-mid-August.

Warthen said the objective is to have the starting pitchers make roughly 30 instead of the standard 33 starts during the regular season. The goal: to shave season innings totals without having to shut down the pitchers at the end of the season.

As a result, Mets general manager Sandy Alderson said the Mets will have a four-man bench once the team goes to the six-man rotation.

Asked if the hard-nosed Harvey was the least keen about embracing the six-man rotation, Warthen suggested all of the pitchers had hesitance.

"Even the sixth man was tough to convince," the pitching coach said.

Warthen added that the veterans will have to deal with the unfamiliar routine because it is in everyone's long-term best interest healthwise.

"Our No. 1 concern is our pitchers, and our pitchers staying healthy," Warthen said. "We have some other [young] ones -- [prospect Steven] Matz is coming along. We're going to have Syndergaard here, deGrom here, Harvey here. Those are the guys who are the big concerns. As for the other guys, they have to go along with it. It's going to only prolong their careers. From the organization's standpoint, from my standpoint, I think it's a smart thing to do."