Rampage is 1-2 against Silva, all three fights have ended by spectacular knockout. Their most recent fight was in 2008, where Rampage KO'D Silva in Rd 1 at UFC '92.

The two battle at Bellator 206 on Saturday Sept. 29 at the SAP Center in San Jose.

Rampage's acting highlight came when he played B.A. Baracus in 2010's The A-Team. He is arguably one of the most well-known MMA fighters, known for his awesome slams and highlight reel knockouts.

Watch the video above to watch the full interview from his visit to ABC7 News.
Report a correction or typo
Related topics:
sportssan franciscommaathletesu.s. & world
Copyright © 2021 KGO-TV. All Rights Reserved.
MMA 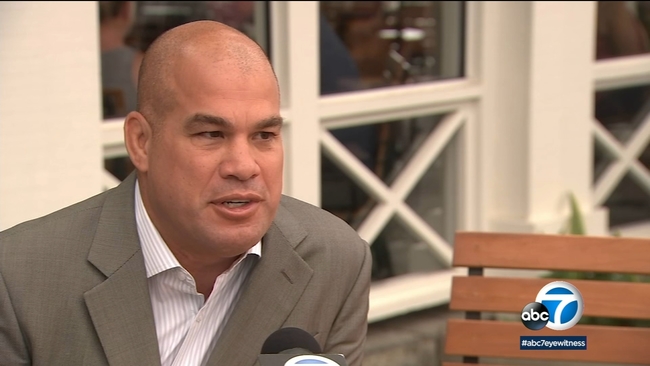