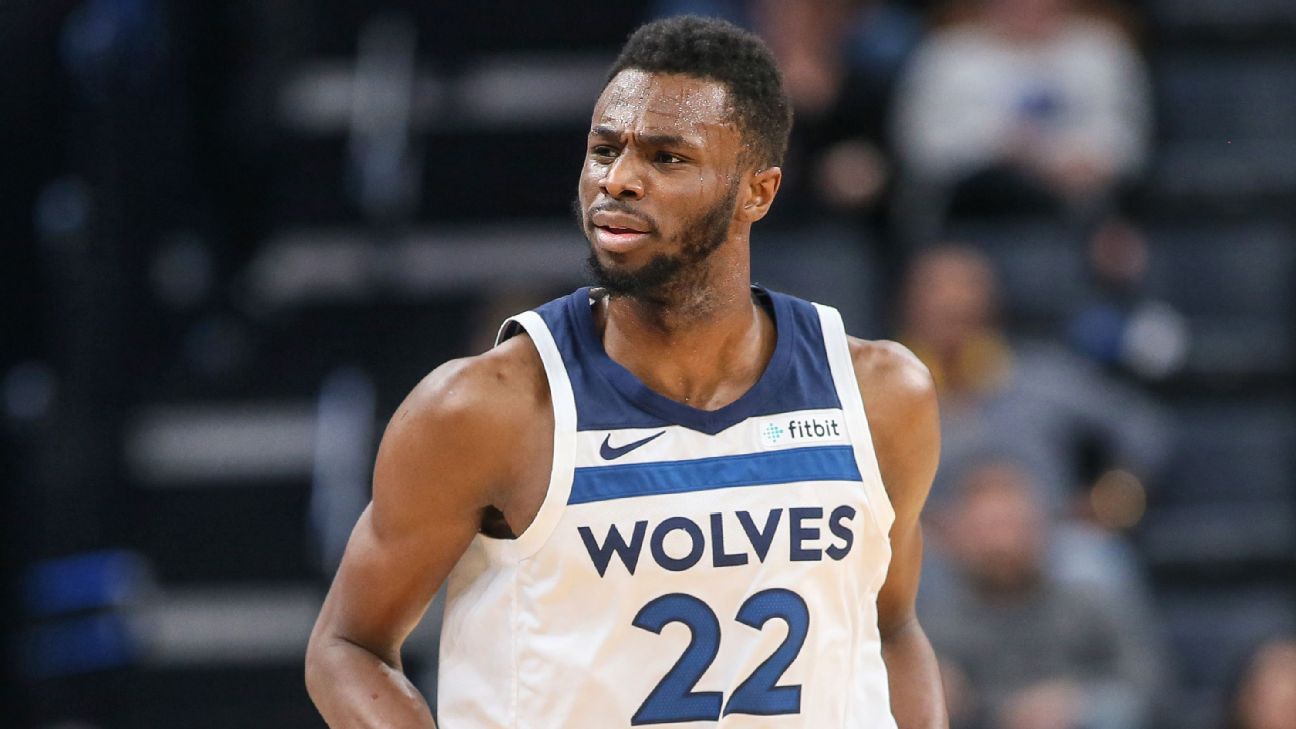 ESPN
By ESPN.com
The 2020 NBA trade deadline saw 10 deals take place before the 3 p.m. ET cutoff Thursday, as title contenders acquired reinforcements and rebuilding squads made deals in hopes of a brighter future.

Do the Golden State Warriors see a future with Andrew Wiggins as they look to reload? Are theLos Angeles Lakersor theLA Clippers now the front-runners to come out of the Western Conference? Did the Miami Heat add enough to make a run at a championship?

Our NBA Insiders make sense of the trade deadline aftermath ahead of Saturday's matchup between the Warriors and the Los Angeles Lakers (8:30 p.m. ET on ABC and the ESPN App).

1. Will Andrew Wiggins be a long-term starter for the Warriors?

Nick Friedell: The Warriors are confident that their culture will get the most out of Wiggins. I've watched Wiggins long enough to believe he is what he is at this point in his career. My guess is that they will give him a chance to prove himself over the next year or so -- but he will ultimately finish out that contract somewhere else.

Tim Bontemps: No. D'Angelo Russell was acquired to be the trade chip that delivered Golden State another star. The addition of another high lottery pick from Minnesota in either 2021 or 2022 to pair with Golden State's high lottery pick should allow the Warriors to still do that while using Wiggins as salary ballast. This trade helps Golden State get closer to such a trade, not further from it.

Bobby Marks: I am not ready to give up on Wiggins. Yes, he has been one of the most inconsistent players since entering the NBA. Much of that is due to the expectations of living up to being a No. 1 pick and playing on a max contract as well as the rotating door of four head coaches in his first six seasons at Minnesota. Unlike with the Timberwolves, Wiggins doesn't have to be the first or second option in Golden State. WithStephen Curry, Klay Thompson and Draymond Green, Wiggins will have more of a defined role, albeit an expensive one.

Andre Snellings: Wiggins has a 1-year runway as a starter with the Warriors because his contract is still an albatross. When drafted, many saw Wiggins' length and athleticism and thought he had a Scottie Pippen-like upside on defense. That might never have been possible, but if he can become adequate on D with better shot selection, he could fill a Harrison Barnes-like role.

Kevin Pelton: Probably. Either Wiggins improves in Golden State, in which case he makes sense in that role, or he struggles and becomes difficult to trade again. In the latter scenario, even with a massive payroll, I doubt the Warriors would prioritize bringing in someone to start ahead of a max player.

2. Are the Lakers the favorites to win the Western Conference title?

Friedell: The Lakers have been much better through the first half of the season than I thought they would be. It's a credit to their staff and players for making it work so quickly, but I still think the Clippers are the best team in the West when healthy. Kawhi Leonard has proved how great he is, and that team has shown it can hit a different level defensively.

Marks: No,the Clippers have an edge. Adding Marcus Morris Sr. gives Doc Rivers three 20-point scorers. Of course, the Lakers' roster could change in the buyout market, but their lack of a primary ball handler outside of LeBron James is a concern.

Pelton: No, I think the Clippers solidified their position as favorites with the addition of Morris. While the Lakers have had the smoother regular season and probably will have an easier path to the conference finals, the Clippers match up better head-to-head, as we've seen so far in their meetings.

Snellings: The Lakers are the favorite in the West because their size, physicality and ability to patrol the paint present a known strategy for postseason success, as they have the best high-end talent with James and Anthony Davis. They project better than the Clippers, Nuggets or Jazz. The wild card out West is the Rockets, but the Lakers are the safer choice as favorites.

Bontemps: The Clippers have beaten the Lakers in both meetings thus far and at the trade deadline added Morris, giving them another big body to throw at James and preventing the Lakers from adding a body to throw at Leonard. I thought the Clippers were the team to beat all season, and adding Morris has only reinforced that feeling.

3. Who came out best at the trade deadline?

Marks: Miami. Now and for the future. The Heat could have traded Dion Waiters for nothing and still come out big winners at the deadline. Instead, Waiters and James Johnson's combined $28 million is off the books for 2020-21 and the Heat get back a Finals MVP in Andre Iguodala plus a starter in Jae Crowder. That said, getting Danilo Gallinari would have moved the Heat closer to Milwaukee. To that end, the Heat could sign Gallinari this summer to a one-year contract at a large number if the market dries up.

Pelton: Minnesota. I think it's a mistake to describe the Russell trade as a risk because you have to have something to lose for it to be risky. The Timberwolves were going nowhere slowly and they've lost 17 consecutive games in whichKarl-Anthony Towns has played. They were the desperate team, and they got the better of the trade from a value standpoint.

Snellings: The Bucks came out best because they were a clear step ahead of every other contender going in and no team made the moves to bridge that gap. The Lakers, Raptors and 76ers are the only teams with the size to have a chance against a healthy Bucks team, but none addressed their issues on the perimeter at the deadline.

Bontemps: I'll say three -- the Clippers, Heat and Bucks. The Clippers because they added an impact player and kept him from their chief rival. The Heat because they cleared off the dead-weight contracts of Johnson and Waiters while adding contributors in Iguodala and Crowder, all while giving up no draft-pick compensation. The Bucks because none of the teams atop the East really made a game-changing move, while Milwaukee is running away from the field.

Friedell: I like what the Heat did. They got out of the Johnson and Waiters deals, added Iguodala and Crowder and -- maybe most importantly -- cleared out enough space to potentially chase another big star down the line.

4. Who came out worst at the trade deadline?

Pelton: Detroit, from the standpoint that the Pistons waited out an Andre Drummond trade so long that his value was reduced to as close to nil as possible. Dealing him now was reasonable to move in a new direction and assure $30 million-plus in cap space this summer, but from the broader perspective, what a bummer for Detroit.

Snellings: The 76ers are the easy answer because they are the one team considered to have the talent to contend that is having the most difficulty putting it together. If they could have figured out an impact trade to shift the team dynamic, they still had championship upside. By making only a small move, they remain a team whose upside appears questionable as opposed to a legitimate contender.

Bontemps: The Nuggets. Getting a first-round pick for Malik Beasley andJuan Hernangomezwas good business and opens up a bigger opportunity for Michael Porter Jr., but Denver needed some heft on the wing to go up against guys like James, Leonard, James Harden and Luka Doncic in the playoffs. Denver is a deep, talented team, but this feels like a missed opportunity to get better and make a big run in the West.

Friedell: I'm surprised the Lakers didn't make any moves, but I really don't get what Memphis did. Justise Winslowis a nice player when he's healthy, but he has dealt with various injuries throughout his career. Moreover, why are the Grizzlies taking on the deals for Johnson and Waiters now?

Marks: Memphis. The spin for the Grizzlies is that they traded Iguodala for Winslow and in the Iguodala maneuver also got a future first-round pick from the Warriors. The reality is that they took themselves out of the summer of 2020 when they committed $28 million to Waiters and Gorgui Dieng. Yes, Memphis is not a free-agent destination (yet), and Winslow could be considered their big free-agent signing. But Winslow has missed 136 games in five seasons because of injury. Memphis would have been better off taking a back seat during the deadline and using cap room this summer to improve the roster -- and not with a player who has injury concerns.

5. After the trade deadline, what are you most intrigued by going forward?

Snellings: Clearly the Rockets. People see small ball, but it's much deeper. Daryl Morey is the analytics GM in the NBA, andRobert Covingtonhas one of the best impact footprints in recent seasons, according to real plus-minus. Morey is betting the Rockets can maximize efficiency, spacing and situational defense, which in turn maximizes Russell Westbrook. If they pull this off, it revolutionizes the NBA.

Bontemps: What does Golden State do this summer? Will they use Wiggins and the draft capital they have to go get a big-name star? After getting out of the luxury tax this season, will they be willing to go deep into it next season (by using the Iguodala trade exception created last summer and their taxpayer midlevel exception) to bolster their roster for another title run? The answers to those questions will determine Golden State's ceiling next season and beyond -- and whether the Warriors can again be a championship contender after a lost season.

Friedell: The Clippers are very clearly all-in this season. To add Morris to what they already have only strengthens my belief that this is their time to win a title.

Marks: The buyout and free-agent market. Will Darren Collison pick the Lakers or the Clippers? Do any of the recently traded players such asMaurice HarklessandEvan Turner find a new home? Even lottery teams like the Cavaliers can improve for next season, just as we saw the Heat sign G League players Kendrick Nunn and Duncan Robinson in the last week of the season in 2019. Both are now starters on a playoff team in Miami.

Pelton: How long Houston can sustain its strong play with the smallest rotations we've seen for an NBA contender in modern history. Will playing P.J. Tucker exclusively at center and wing players like Covingtonup a position ultimately take a toll on them physically? I look forward to finding out. 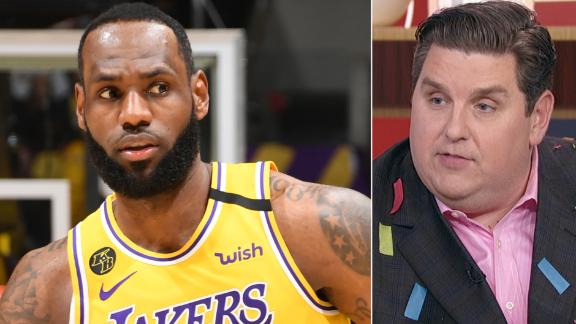 Lakers roster strong enough without move at trade deadline?
Paul Pierce and Brian Windhorst debate whether the Lakers have enough on the roster to be better than the Clippers after not making a move. 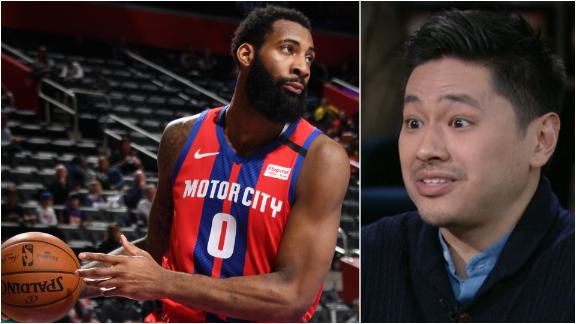 Is the Drummond trade proof the NBA is phasing out big men?
Pablo Torre and Bomani Jones believe that Andre Drummond is too talented to be phased out of the game, but he'd be more of a force 15 years ago.
Report a correction or typo
Related topics:
sportsespn5 on 5debatenba trade deadlineandrew wigginsespngolden state warriorslakersdailywarriorsroundtablenbalos angeles lakers
Copyright © 2020 ESPN Internet Ventures. All rights reserved.
More Videos
From CNN Newsource affiliates
TOP STORIES
SF businesses boarding up in fear of burglaries during shelter-in-place
Santa Clara County says homeless with COVID-19 have temporary shelter