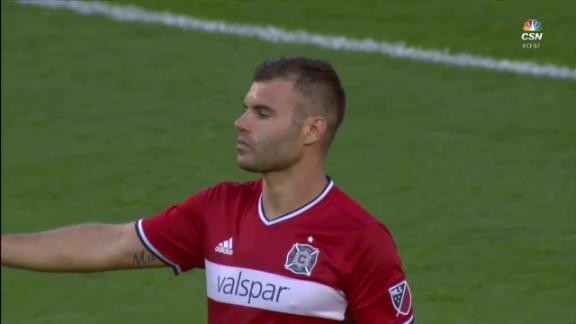 Nikolic now has 16 goals through 18 games and is on pace to break the MLS single-season record of 27, jointly held by Roy Lassiter, Chris Wondolowski and Bradley Wright-Phillips.

The Serbian forward opened the scoring in the 14th minute with a first-timed shot from the center of the box after Matt Polster cut the ball back to him from the endline.

And four minutes later Nikolic was on target again, taking a pass from Michael de Leeuw and shrugging off a defender at the top of the box before slotting his shot in off the post.

Arturo Alvarez empathically lashed home a volley in the 25th minute to make it 3-0, and any hope Vancouver had of getting back in the game was already gone by the time Matias Laba was sent off with a straight red card for a challenge on Luis Solignac in the 78th minute.

De Leeuw got a goal of his own after a one-two with Nikolic in the 84th minute to cap the rout for the Fire, who moved past Toronto FC to take the top spot in the Eastern Conference with their MLS-best 11th win of the year.

Toronto FC failed to keep pace after Roland Lamah scored twice to leadFC Dallas to a 3-1 victory over the Canadian club.

Lamah took a short Maximiliano Urruti pass from the left side to score from close range in the fifth minute, then made it 2-0 in the 21st minute following a through ball from Mauro Diaz.

After Toronto cut the deficit in the 56th minute with Marco Delgado's tap-in after a deflection, Urruti took a through ball and easily beat goalkeeper Alexander Bono on 78 minutes for his 10th goal of the season.

Dallas, which has never lost at home to Toronto in nine meetings, moved within three points of Sporting Kansas City for the Western Conference lead.

Diego Valeri scored but later saw a penalty saved and the Portland Timbers settled for a 1-1 draw at Sporting Kansas City.

Valeri sent a 20-yard rocket into the back of the net in the 26th minute for his 10th goal of the season.

But the hosts got back in the game in the second half as Daniel Salloi finished off a fine Roger Espinoza pass to score his first MLS goal from a tight angle.

The Timbers were awarded a penalty in the 73rd minute when Fanendo Adi was tripped up by Sporting's Tim Melia while trying to round the keeper. But Melia stood his ground when Valeria put his spot-kick down the middle, and the game finished level, allowing SKC to extend its home unbeaten streak to 18 games.

Shea Salinas came off the bench and scored a stoppage time winner to give San Jose a last-gasp 2-1 victory over the LA Galaxy.

Salinas, substituted into the game just past the hour mark, put in a strike from the right side for his first goal of the year and a victory before 50,617 fans at Stanford Stadium.

The Earthquakes were playing their first game under Chris Leitch, the former player who made his MLS coaching debut after the team fired head coach Dom Kinnear and assistant coach John Spencer last Sunday. Leitch had been the team's technical director.

Defender Jelle Van Damme scored his first goal in 46 career MLS starts with a hard volley off his left foot in the 11th minute for LA, capitalizing on Jose Villarreal's cross off a free kick from the left side. Van Damme was given a red card after Salinas' winning goal.

San Jose's Chris Wondolowski equalized in the 75th minute when he out-paced the Galaxy defense to Earthquakes goalkeeper David Bingham's long kick. It was Wondolowski's seventh goal of the season.

Blerim Dzemaili scored a superb long-range goal and his assist might have been even better as he led theMontreal Impact pastD.C. United 2-0.

D.C. failed to close down the Switzerland international as he approached the box in the 21st minute, and Dzemaili made them pay with a strike past goalkeeperTravis Worra.

And two minutes later,Dzemaili looked like he was going to unleash another long-range strike, but instead played a lofted pass over the top of the defense and onto the foot ofChris Duvall, who doubled the lead.

It was only Monteal's third clean sheet of the season -- two of which have now come against last-placed D.C., which has been shut out in 12 of its 18 games.

Villalba got the breakthrough in the 27th minute after Atlanta goalkeeper Alec Kann played a long ball out of the box. Columbus defender Jonathan Mensah failed to deal with it and Villalba showed good control to push it past Crew SC keeperZack Steffen.

The Argentine lashed home from the center of the box in the 64th minute to double Atlanta's lead, though he immediately grabbed his leg upon landing and had to leave the game.

Marlon Hairston's two goals and Dominique Badji's three assists guided the Colorado Rapids to a 3-1 win at home over the Houston Dynamo.

Badji cut a ball back to Kevin Doyle in the center of the box to open the scoring in the 21st minute, but Houston was able to equalize through Erick "Cubo" Torres on the stroke of halftime from close range.

Colorado was back in front three minutes into the second half as Badji ran onto a through ball, rounded the keeper and put the ball across goal forHairston to tap in. Badji then held the ball up for Doyle, who laid the ball off forHairston to slot home the Rapids' third on 69 minutes.

The Rapids entered the night with the lowest point total in MLS but the win took them past Minnesota and Real Salt Lake off the bottom of the Western Conference, while Houston is still looking for its first win away from home. 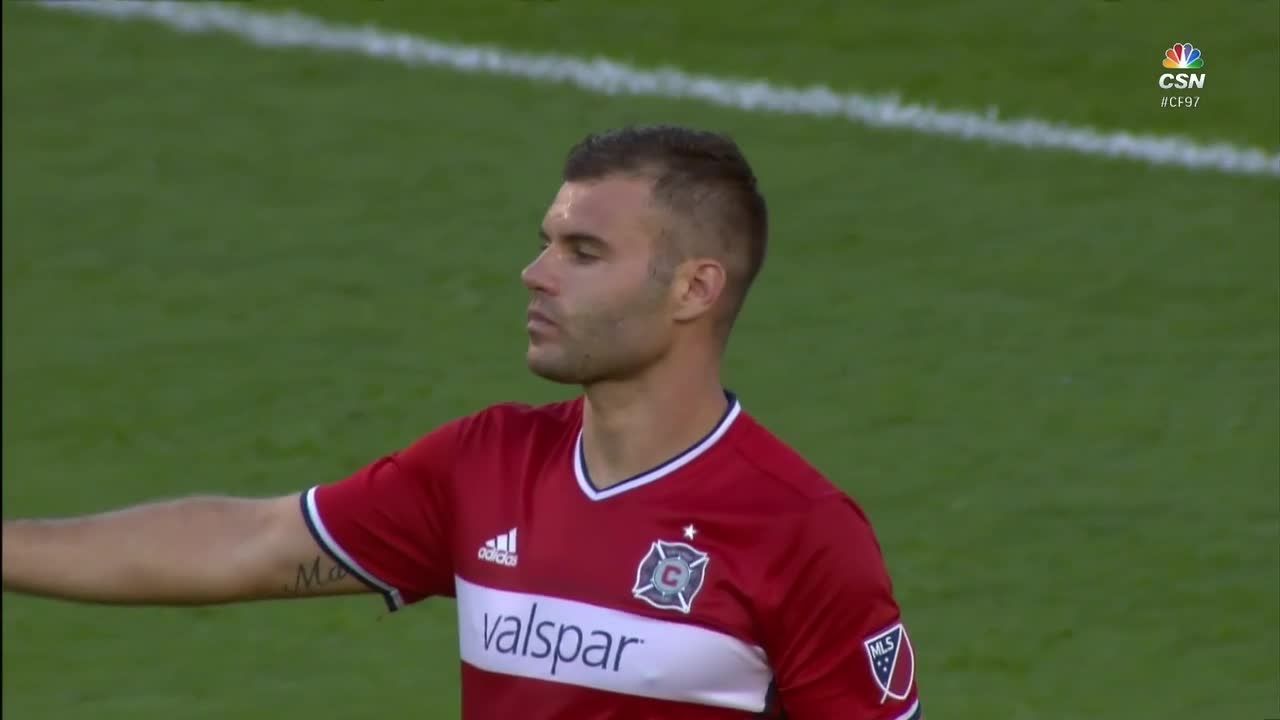 SKC 1-1 Portland: Honors even in KC
A hard-fought duel between high-octane Portland, and gritty SKC wasn't able to produce a winner, but not for lack of trying.