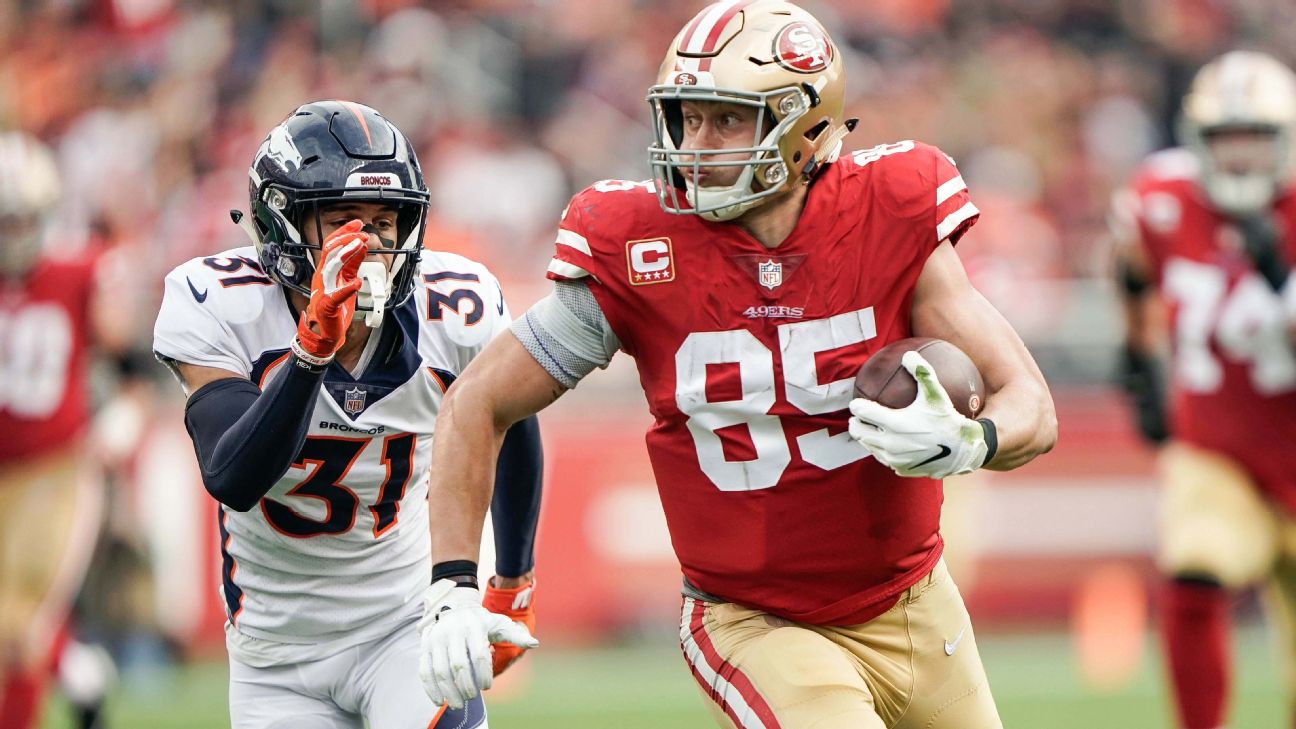 The Niners also will be without running back Matt Breida and kicker Robbie Gould. Wide receiver Emmanuel Sanders, who was questionable because of a rib injury suffered in the first quarter of Monday night's overtime loss to the Seattle Seahawks, will play Sunday, according to a source.

Kittle was injured in the 49ers' Week 9 win over the Cardinals. His absence leaves the team without its top receiving threat, as Kittle leads the Niners in receptions (46), receiving yards (541) and targets (57). He also serves as an integral blocker in the run game.

With Kittle out, backups Ross Dwelley and Levine Toilolo will once again be counted on to fill the void at tight end.

Breida, who has a team-best 542 rushing yards this season, was listed as doubtful for Sunday because of an ankle injury. He rushed for 18 yards on 10 carries Monday against the Seahawks.

Gould was doubtful to play Sunday because of a quad injury and will miss his second straight game. Chase McLaughlin, who was 3-for-4 on field goal attempts against the Seahawks, will once again take Gould's spot.

Sanders suffered some cartilage damage in his ribs in the first quarter Monday, though he attempted to play through it. Those efforts ended early in the second quarter, when he departed for the locker room and did not return.

The Niners traded for Sanders on Oct. 22 with hopes that he could be the missing piece the offense needed to push the team to Super Bowl contender status. Sanders wasted no time making an impact, posting 14 catches for 137 yards and two touchdowns in his first two games.
Report a correction or typo
Related topics:
sportsespnnewssan francisco 49ersnflemmanuel sandersmatt breidageorge kittlerobbie gould
Copyright © 2020 ESPN Internet Ventures. All rights reserved.
More Videos
From CNN Newsource affiliates
TOP STORIES