ESPN
By Nick Wagoner
PHOENIX -- For the first time since 1994, the San Francisco 49ers will soon be the lone NFL franchise in the Bay Area.

With NFL owners approving the Oakland Raiders' move to Las Vegas 31-1 Monday morning, the Niners will again be on their own in Northern California when the Raiders head to Nevada. It's a move that won't happen until 2019 or 2020, depending on where the Raiders nail down a lease after they run out of one-year options on Oakland-Alameda County Coliseum.

But that won't make much of a difference in terms of how the Niners plan to go about their business moving forward, according to chief executive officer Jed York.

Citing how fans reacted when the Raiders moved to Los Angeles in 1982 and then the response when they moved back to Oakland in 1995, York said Raiders fans proved to be more devoted to the logo than the location.

"So for us, I don't think it's a big win for the 49ers, but I think it's a good thing for the National Football League. The Raiders have tried to get a deal done in Oakland for a decade-plus, and they were unfortunately unable to do anything, and I think Las Vegas put together a good opportunity for the Raiders to continue to have a good experience for their overall fan base wherever their fans come from."

York said the NFL and the Niners didn't necessarily track data of fans who might have migrated from one team to another following relocation, but he knows enough to know that 49ers season-ticket holder revenue didn't spike when the Raiders departed the last time, and it didn't dip when they returned to Oakland.

With two franchises with long histories of success and national brands, York said it's hard to envision Raiders fans wanting to switch to the Niners.

"Raiders fans, they're loyal to the Raiders," York said. "They're very different than 49ers fans, and there's not a ton of overlap where you would see different teams kind of go from one to another. You just haven't seen that, and I wouldn't expect it going forward. It's going to be an interesting thing to see how the move goes, and I think it will be good for the Raiders in the long run. I tip my hat to [Raiders owner] Mark [Davis] and his team. They got knocked out of the Los Angeles running and they picked themselves up and they found an opportunity to get a stadium project up and running."

Soon after the owners approved the move, Niners general manager John Lynch appeared on NFL Network and made at least a small pitch for abandoned fans looking to trade in the black and silver for new team colors.

"Raider fans, we're open for business," Lynch said. "Come and jump on our train. But the Raiders are a great brand, and I think it kind of transcends location. I'm sure a lot of those people will go down to Vegas and have a good time supporting them in the future."

None of that means the Niners intend to ignore Oakland altogether, though. While there might not be a bigger push to sell tickets or merchandise, York sees one void that will need filling with the Raiders' departure.

"We might do more in terms of philanthropic outreach and some of the things that we do in the community," York said. "Obviously, there are underserved areas in the East Bay, and I think that's a place where we'll probably try to do more in the long run, but that's not necessarily -- we're not trying to drum up business from the East Bay.

"We have an unbelievable fan base. I don't think this is going to be a big financial boon for the 49ers, but I think it's something that for the Raiders, they have stabilized their team for the next 20 years, and I think that's going to be a good thing for the league overall." 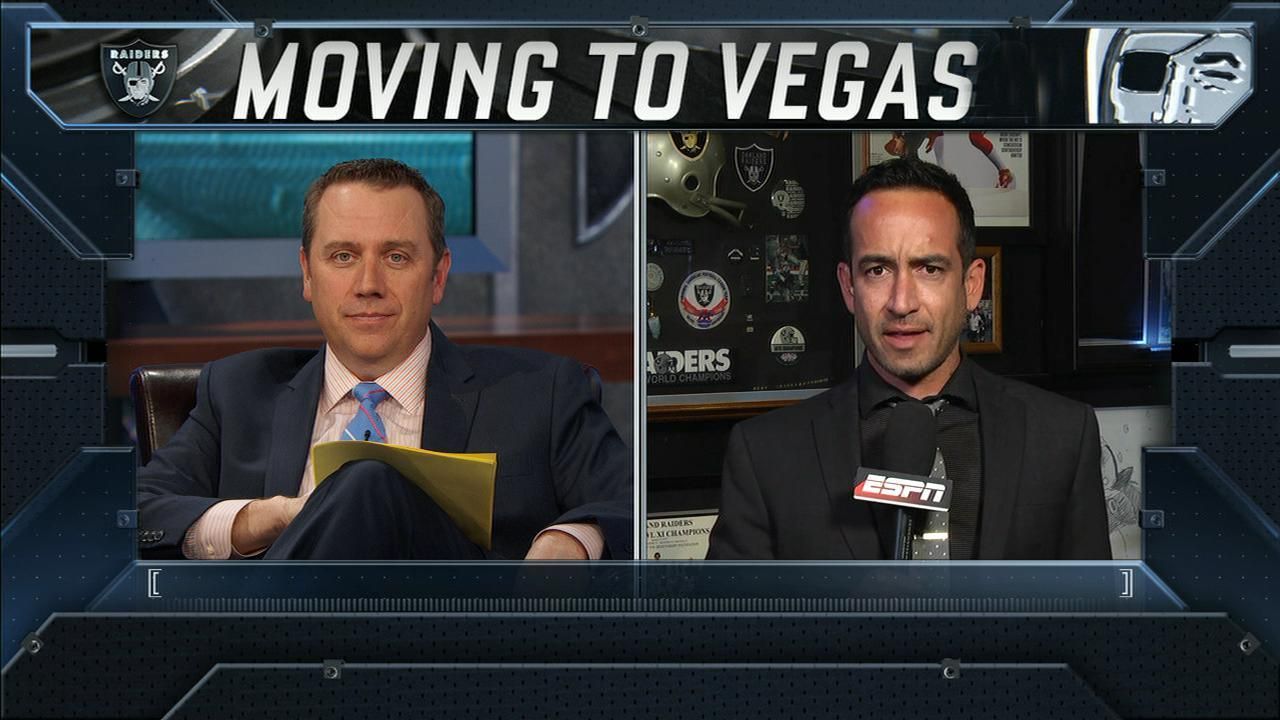