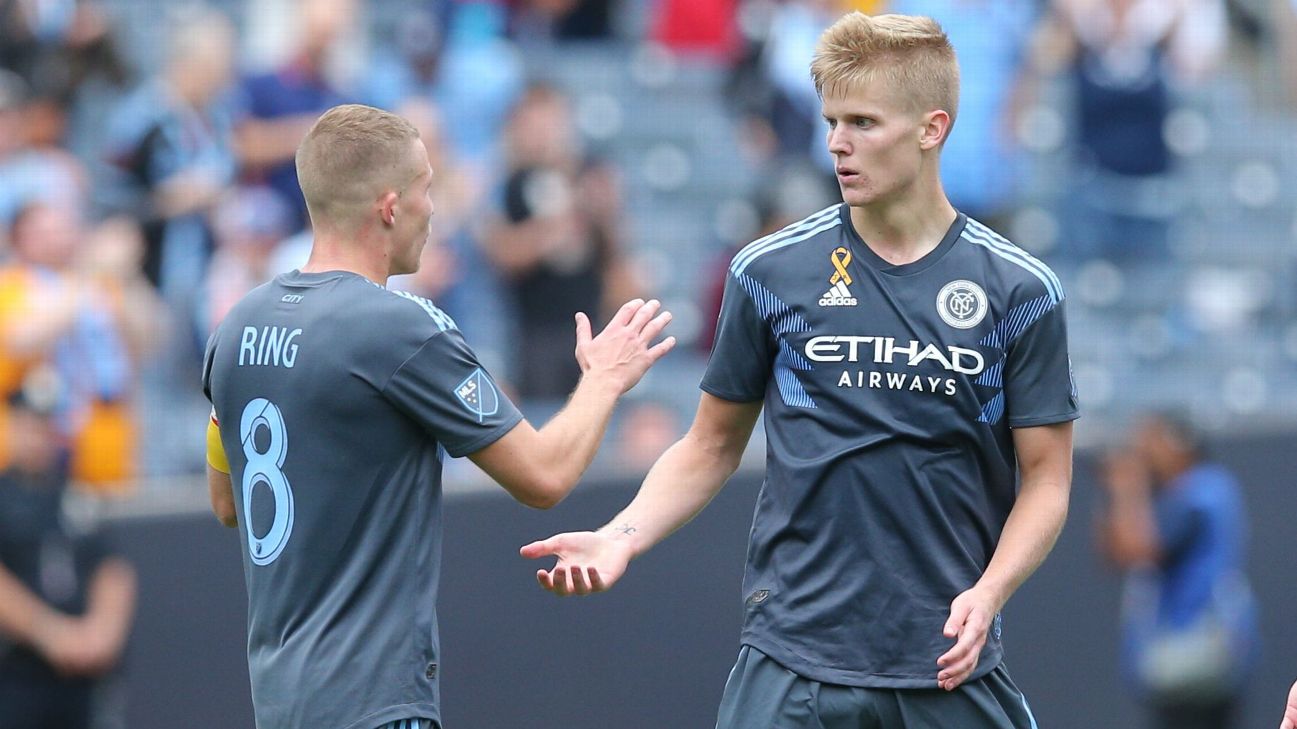 Keaton Parks and Alexandru Mitrita each scored a goal in a three-minute stretch late in the first half as New York City FC rallied to earn a 2-1 victory Saturday afternoon over the visiting San Jose Earthquakes.

The Earthquakes (13-12-5, 44 points) lost for the second time in four days to open a three-game road swing that began with a 1-0 defeat at Real Salt Lake and concludes next Saturday at Atlanta United.

San Jose also lost for the fifth time in its past seven games as it tries to remain playoff eligible in a jam-packed Western Conference where four points separated second place and eighth place at the start of play Saturday. Seven teams from each conference advance to the playoffs.

The Earthquakes opened the scoring in the 20th minute when Chris Wondolowski took a centering pass from Valeri Qazaishvili and redirected it into the back of the goal with his left foot. It was the team-leading 14th goal of the season for Wondolowski and increased his MLS-record goal total to 158.

After starting slow offensively, NYCFC picked up the pace at the latter end of the first half. All five of NYCFC's first-half shots came at the 33rd-minute mark or later.

Parks tied the score 1-1 in the 40th minute, notching his first career MLS goal on a rebound of a shot by Gary Mackay-Steven that was stopped by San Jose goalkeeper Daniel Vega.

The go-ahead goal for NYCFC came quickly when Ismael Tajouri-Shradi sent a long centering pass from near midfield to Mitrita as he entered the center of the penalty area. Mitrita scored his ninth of the season between two San Jose defenders and over the right shoulder of a charging Vega in the 43rd minute.

It was just the fourth loss for the Earthquakes in 16 games this season when they scored first (9-4-3). 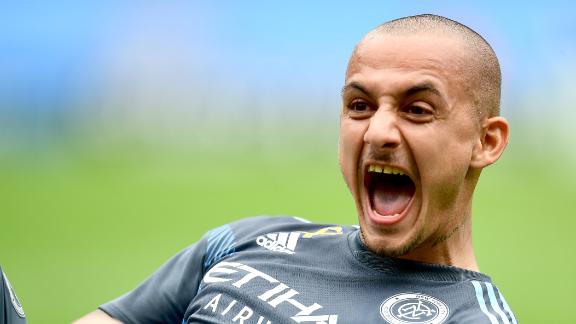