Old, bold and unwilling to fold: Can the Giants make one last run? 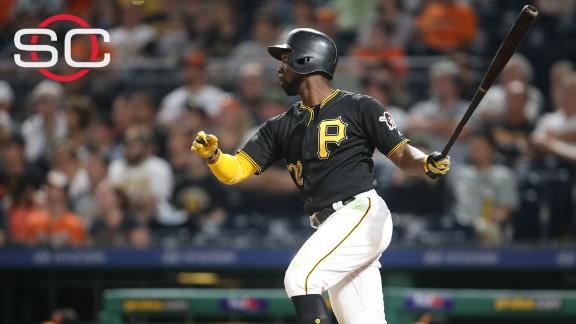 Did you ever have a year so bad you wish you could just pretend it didn't happen? The year just completed -- 2017 -- was kind of like that for the San Francisco Giants. And while it's not possible for them to have their 98-loss season expunged from the record books, they are behaving as if that disastrous campaign never took place.

Let's call it the Ostrich Method of baseball team-building:

No matter what's going on around you, you can't see it because you've got your head safely buried in the sand. Meanwhile, your blissfully unaware mind is free to take off on all sorts of flights of fancy.

With the acquisition of Andrew McCutchen, the Giants have gotten older, more expensive and -- depending on how they want to deploy their newest outfielder -- even worse on defense. It's all about chasing the past. This offseason, San Francisco has acquired Evan Longoria, the all-time WAR leader from the Tampa Bay Rays, and the 14th-ranked WAR leader from the venerable Pittsburgh Pirates in McCutchen. Neither player has heretofore toiled for any franchise but the ones that drafted them in successive first rounds in the middle of the last decade. There's a line in here somewhere about broken hearts being left in San Francisco.

In effect, the Giants are behaving as if they are putting the finishing touches on their 2016 team, the one that lost a competitive National League Division Series matchup to the eventual World Series championChicago Cubs. But they're not, because there is the small matter of 2017, the fourth-worst season in the history of a franchise that began play in 1883.

Let's count the ways in which the 2017 Giants were terrible: The hitters finished last in OPS+. The pitchers finished 20th in ERA+. The fielders finished 26th in in defensive runs saved. Meanwhile, only three teams had an older group of position players and only eight had older pitchers, per baseball-reference.com. For all that badness, the Giants had the fifth-highest payroll in the majors ($186.4 million, per USA Today), a level of expenditure that put San Francisco over the luxury tax threshold for the third straight season. No team has more long-term money on the books. Finally, as if the present weren't bad enough, the prospect rankers over at MLB.com don't have a single Giants prospect listed in its most recent top 100.

It's an ugly picture. If it were hanging at the San Francisco Museum of Modern Art, you wouldn't want to look at it. But here's the funny thing: Giants general manager Bobby Evans is doing a fairly good job of trying to turn his overripe lemons into something like lemonade.

When we access the big-picture outlook of a franchise, we're always shooing it away from the middle. We, being analysts, have always done that; but these days, teams are sounding those same chords. To restate things: Teams are either really, really trying to win, or they are really, really not.

Yet, for a team like the Giants, there isn't necessarily a clear path to either the top or the bottom. It begins with the long-term money. Nearly all of the Giants' highest-paid players -- we're talking the likes of Johnny Cueto, Hunter Pence, Jeff Samardzija, Madison BumgarnerandMark Melancon -- are coming off seasons either marred by mediocrity or injury. Bumgarner and franchise cornerstone Buster Posey both carry plenty of trade value, but even dealing them would hardly put a dent in San Francisco's problematic rebuilding picture. There are simply too many poor-value contracts on the Giants' ledger; nothing is a bigger obstacle to a full-scale rebuild.

That being the case, the other way to go would be to try to keep a winning window pried open for the duration of Posey's prime. That direction usually involves spending. Ah, but there's a money problem in that direction, as well. As mentioned, the Giants are three-time tax offenders, and if they surpass the $197 million threshold in 2018, they'd have to pay a 50 percent tax on every dollar over the line. That's just to start: The payout gets worse the higher your over-tax payroll goes. On top of that, if you go far enough over the threshold, it starts to cost you draft position and international spending flexibility.

In essence, like theNew York Yankees and Los Angeles Dodgers, the Giants are ostensibly "capped" at $197 million in payroll and related benefits. That has resulted in a complicated winter for Evans to navigate, one in which he has limited financial flexibility for improving his veteran roster, staying under the tax line and completing deals with a minor league system devoid of impact prospects.

When you look at it like that, it's fairly remarkable that Evans used the trade route to snag Longoria, who upgrades a third-base spot at which the Giants finished last in WAR a season ago. And it's even more remarkable that he landed McCutchen, again by trade. Meanwhile, Evans cleared some salary by dealing starterMatt Moore(sent to theTexas Rangers), and Denard Span, who went to the Rays in the Longoria deal. That gave Evans just enough wiggle room to land a pair of brand-name players and -- probably -- stay under the tax line. McCutchen is entering a walk year and doesn't add to the long-term money crunch.

That "probably" in that previous paragraph is crucial. These aren't exact calculations, especially the component that tacks on a percentage for player benefits. If the Giants are indeed under the tax line, they aren't under by much. And holes remain on the San Francisco roster.

The most glaring of these appears to be at center field, assuming that the plan isn't to allow McCutchen to patrol the expanses of AT&T Park. The Giants need plus defense at that position, in that park, and the past two years have shown us that McCutchen, still a fine player, needs to play on a corner. The answer could be young Steven Duggar, a 24-year-old whom is projected as a hair better than replacement level by Steamer. It could work.

While we can give credit to Evans for doing as well as he can, that's not to say the Giants have returned to the ranks of surefire contenders. Before the McCutchen acquisition, my system had the Giants winning an average of 80.5 games per simulation. After the trade, they're at 83.3. Their odds for the playoffs went from 23.2 percent to 35.5, and their chances to win it all went from 0.4 percent to 1.1.

San Francisco did leapfrog Arizona in the NL West in the new run of simulations, though it seems likely theDiamondbackswill be making at least one more impact move this winter. Still, in a stratified world, the Giants remain very much in the middle:

The league breaks down into distinct tiers. The first consists of three superteams; an outstandingSt. Louis Cardinalsteam is on its own tier; and those are followed by six middling clubs that figure to battle for the NL's second wild-card spot. This picture will change, of course. Arizona isn't done. The Cubs and Cardinals probably aren't done. TheMilwaukee Brewersmight make a splash or two. Meanwhile, the Giants are pretty much out of spending room. In other words, their outlook is likely to get worse from here, because of what other teams have yet to do.

But what choice was there for Evans to add, even if that means a season in the middle? At least he can sell the idea that his new All-Stars can augment a core full of bounce-back candidates to push the Giants back into the chase. It's certainly possible. And for a franchise that saw a record streak of sellouts in its home park come to an end, a little short-term hope goes a long way. Anyhow, the crash will come soon enough.

No team wants to be stuck in the middle. But sometimes, the alternatives are worse. The Giants won't be mired in the muck of mediocrity for long. Unfortunately, their path from that unwanted terrain only points downhill. Maybe the slide won't happen in 2018. Maybe two more 30-somethings can prevent it. Either way, for the Giants, this is what all-in looks like. 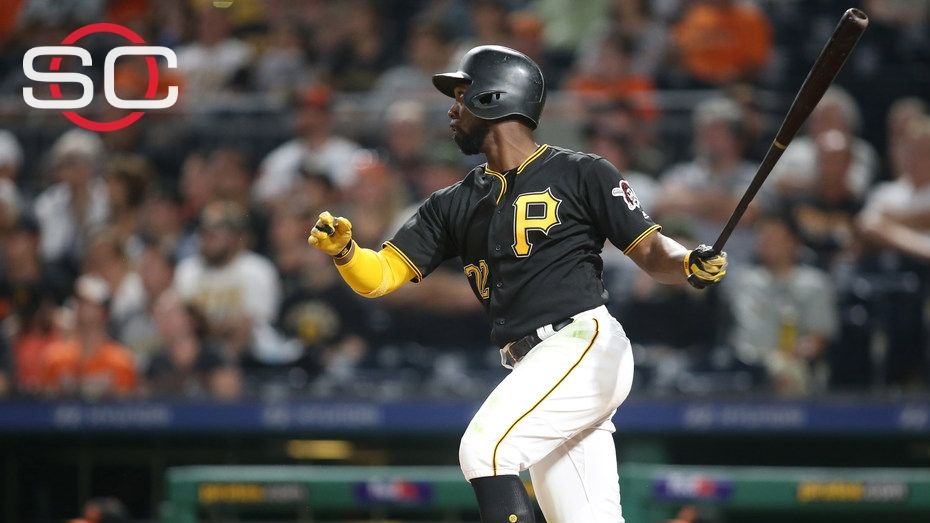