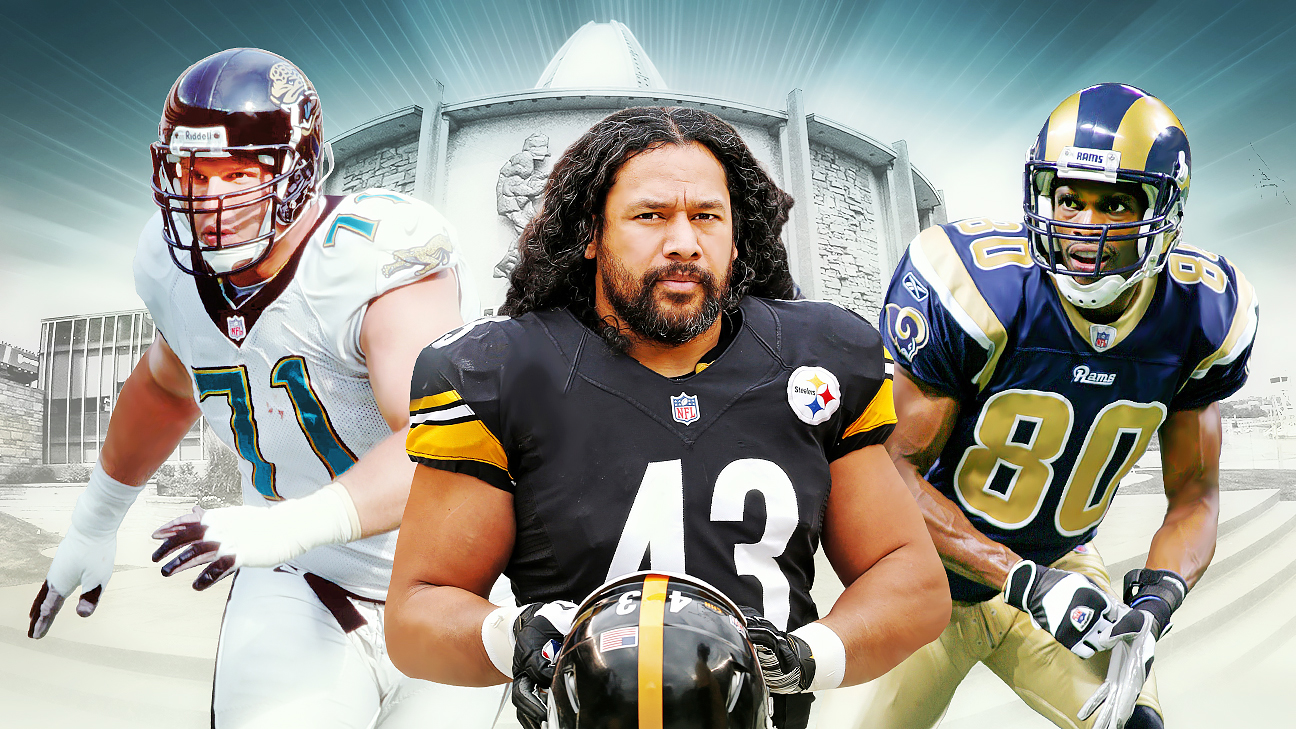 We asked 57 analysts -- reporters, editors and former players -- which five modern-era finalists they would vote for as the Pro Football Hall of Fame's Class of 2020.

Here are the top six vote-getters (we had a tie at No. 5), led by a first-time-eligible player. The class will be chosen by the Hall of Fame selection committee on Saturday in Miami and will be formally announced during the NFL Honors award show.

They said it: "His actions as a human being were just as impressive as any of the many inhuman plays he made on the football field." -- Steelers general manager Kevin Colbert

Key stat: 44. Hutchinson once went 44 consecutive games without a called penalty on him having been accepted, and he blocked for two NFL rushing leaders with different teams -- Shaun Alexander and Adrian Peterson.

They said it: "Just as Walter Jones was the best tackle I ever saw, Steve Hutchinson was the best guard." -- Former Packers and Seahawks coach Mike Holmgren

Key stat: 15.5. Although Boselli's career was limited to 91 games because of shoulder injuries, he allowed just 15.5 sacks and had only 11 accepted holding penalties against him in his seven seasons.

They said it: "At the height of his game, he was as good as any left tackle in the National Football League." -- Former Panthers and Texans coach Dom Capers, in 2003

Key stat: 12. Faneca is one of just 12 guards in league history to be first-team All-Pro six or more times -- the other 11 are already enshrined in Canton. His teams were among the league's top five in rushing six times in his 13 seasons.

They said it:"It started with him. He was the guy up front." -- Hall of Fame linebacker Brian Urlacher

Key stat: 24.Atwater is one of just 24 players to have been named to at least eight Pro Bowls and start three Super Bowls. Twenty of those players are in the Hall of Fame; the other four are Atwater, Polamalu, Peyton Manning and Tom Brady.

They said it: "Tough, smart, reliable, great teammate, great player, great in big moments, a Hall of Famer in every way. [Atwater] could do it all. He would be there to knock you on your ass because he knew the play you were running and then ask nicely if you were OK." -- Broncos Ring of Fame wide receiver Rod Smith 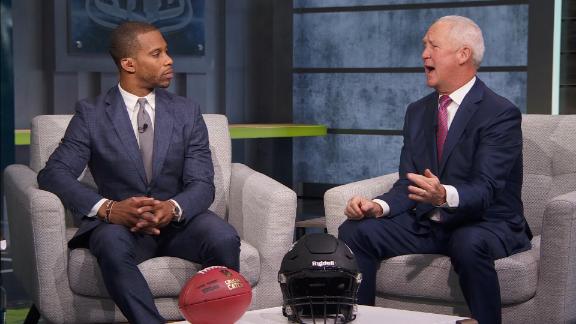