Pens' Olli Maatta likely out for Game 3 vs. Caps after taking hit 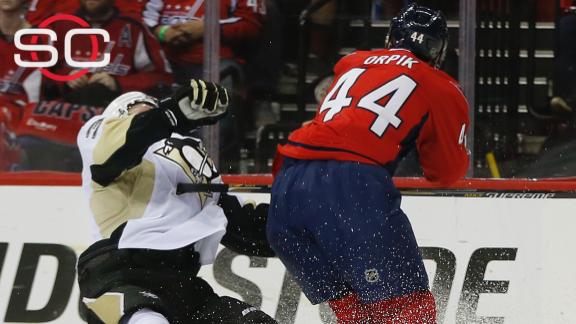 PITTSBURGH -- Olli Maatta is likely out at least for Game 3, if not beyond, although the Pittsburgh Penguins did not have a detailed update on the injured defenseman a day after he was hit high by Washington Capitals defenseman Brooks Orpik.

Orpik was suspended three games after a hearing with the NHL's player safety department on Sunday.

In the meantime, the Penguins have to make due without Maatta, who played just 31 seconds in Game 2 before getting crushed on a late hit by Orpik.

"I don't have a lot of sense of his availability, but I'm probably not optimistic, though," said Penguins head coach Mike Sullivan on Sunday.

Sullivan said he might have a more detailed update on Maatta on Monday when the Penguins host the Capitals in Game 3.

The replacement options at Sullivan's disposal include Justin Schultz or Derrick Pouliot, both of whom took part in the optional skate Sunday. Sullivan would not tip his hand about which player would be called upon. Schultz played the playoff opener last round against the New York Rangers but hasn't played since.

"Justin is another puck-mover," said Sullivan. "He's a guy that can help us get out of our end zone, he's got a real good shot, he can join the rush, he can play on the power play. He has the ability to help us in a lot of areas."

Schultz was acquired from the Edmonton Oilers at the trade deadline and is eager to get back in if called upon.

"I think I'm prepared, we've been working hard, the guys who haven't been playing," Schultz said Sunday. "Obviously it's different getting into a game situation. But you have to be ready, it's playoff time. If I have to go tomorrow, I'll be ready.''

Orpik, a former Penguin, received a two-minute interference penalty on the play 4:13 into the game, although clearly on replay he should have gotten a five-minute major and game misconduct for the head hit.

"Well I thought it was late, obviously," Penguins winger Phil Kessel said Sunday when asked about the hit. "I'll let the league decide, but if you watch the play -- Olli didn't need to get hit there.''

"I think it was late, pretty late," Letang said Sunday. "There's a reason why there's a hearing -- a different person will have a different perspective of it. We'll wait for the decision. As far as what I think, it doesn't really matter. I thought it was pretty late.''

Orpik later in Game 2 also knocked the helmet off Letang's head. They are former teammates, but there are no friends come playoff time across the ice.

"It's playoff hockey -- he doesn't want anyone near his goalie," Letang said. "In the playoffs, you're on that edge, you're either cross it or you stay on the other side. Sometimes it brings out emotion and things happen.''

Asked about the hit on Maatta, Caps forward Marcus Johansson on Sunday defended his teammate.

"That's a hit; you never think it's really intentional, but it's a head hit," Bonino said Sunday. "You never want to see that. We're hoping Olli feels better soon.'' 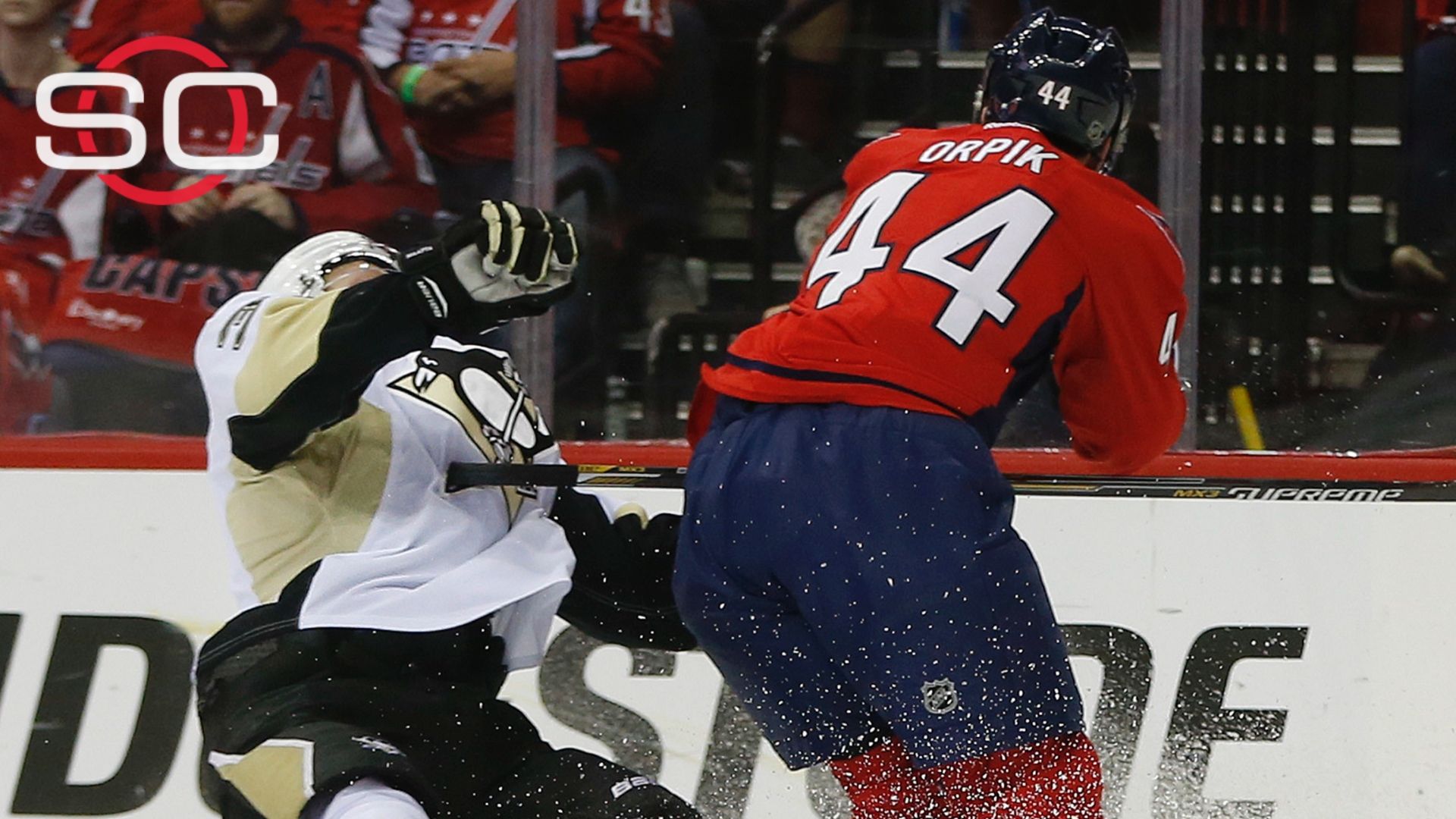