Raiders break ground in front of 1,000 at Las Vegas ceremony 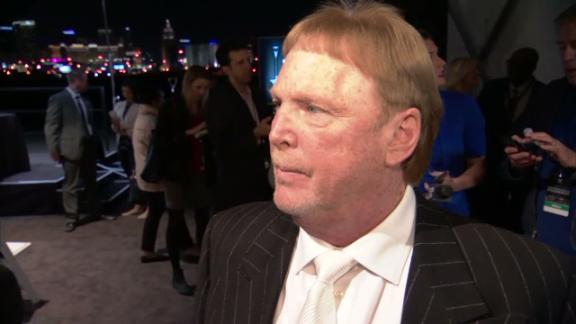 LAS VEGAS -- The Oakland Raiders' impending move to Las Vegas by 2020 took another step closer to reality with Monday's groundbreaking ceremony, an event attended by close to 1,000 guests, officials and media.

The event had the glitz of a headliner on the Strip, with Wayne Newton and Carlos Santana in the front row and George Lopez the emcee. It had the power of the NFL in owners Robert Kraft, Stan Kroenke, Dean Spanos and NFL commissioner Roger Goodell -- and the awe of Raiders royalty Howie Long, Fred Biletnikoff, Jim Plunkett, Tom Flores and Cliff Branch.

It also featured a touching tribute to the 58 victims of the Oct. 1 shooting with streams of light to the sky and music by Judith Hill and a choir. "Only in Vegas," Goodell said, "can you turn a groundbreaking ceremony into a show."

Said Raiders owner Mark Davis: "I hope my dad would be proud."

The Raiders' relocation to Las Vegas was a plan years in the making -- Davis' late father tried for years to get a new stadium in Oakland and Los Angeles, where the franchise played from 1982 through 1994, before moving back to Oakland -- that began again in earnest when NFL owners shot down their plans to move to Los Angeles in January 2016.

Shortly after, casino mogul Sheldon Adelson announced his interest in helping build a domed stadium near the UNLV campus that could be shared by a professional team and the school.

Lobbying began, and the Nevada Legislature approved a tax increase to contribute $750 million to the project. Adelson later withdrew his $650 million pledge from the project, and the Raiders chose a different site for the stadium. A loan from Bank of America took Adelson's place. UNLV and the Raiders will still share the stadium, but the joint-use agreement is pending. Contractors have a tight deadline, as they plan to complete the stadium in time for the 2020 season.

Raiders president Marc Badain called the $1.9 billion, 65,000-seat dome with a grass field that will be rolled in and out of the stadium a "massive" project.

"We know the labor force here does things that no other market can do," said Badain, who also acknowledged the early leg work of Adelson.

Still, Davis recognized the balancing act he has to perform in Oakland while building the brand in Las Vegas. The Raiders have a lease to play at the Oakland Coliseum in 2018 and are open to playing there again in 2019 before moving to Southern Nevada in 2020.

"I think it's going to be the same as it's been," Davis said. "We've concentrated on the football and trying to keep all these things separated. And I think we've done a really good job of keeping that on the football side of the building. My focus is on giving them everything we need to win."

"It's all about winning, and providing them with everything they need to win," Davis said. "We're the Oakland Raiders right now and we're going to try to bring a championship up there. But in 2020, we're going to be the Las Vegas Raiders, and we're proud of that. But the fans are the most important thing to us as well, and they've been very understanding. There's a lot of people that may have their feelings hurt; they may feel hurt, right now."

Davis said he has spoken with Bay Area fans and tried to explain why the move was necessary, and while they may understand, they don't necessarily agree.

Long told ESPN.com that for the Raiders to be competitive, the team needed a state-of-the art facility. And it was not going to happen in Oakland.

"Priorities 1, 2 and 3 were to keep it in Oakland," Long said. "I think every player that's ever played in Oakland would have hoped that it could have gotten done there. If you're going to be upset with someone, be upset with the right people."

Long was amazed with the backdrop of the gleaming Las Vegas Strip, but moreso of what he saw in the wake of the Oct. 1 tragedy and how the city came together at the NHLVegas Golden Knights' opening game.

"It's a real community," Long said. "People don't think of Vegas that way. They think of the Strip. But you walk away with a sense of community. Every politician in a three-state radius, I think, was in that room."

Including Nevada Gov. Brian Sandoval, who thanked the Raiders for the tribute to those who perished in the shooting attack last month.

"In Nevada, a handshake still means a handshake and a deal's a deal and these men are men of integrity and it's a class organization," Sandoval said of Davis and Badain.

"It's those small things that made today a reality ... today, it's real."

The groundbreaking ceremony finished, Davis was on to his next project.

"I want to see if I can getTom Brady's passport revoked before Sunday," Davis said.

The Raiders play Brady and the New England Patriots in Mexico City this weekend. 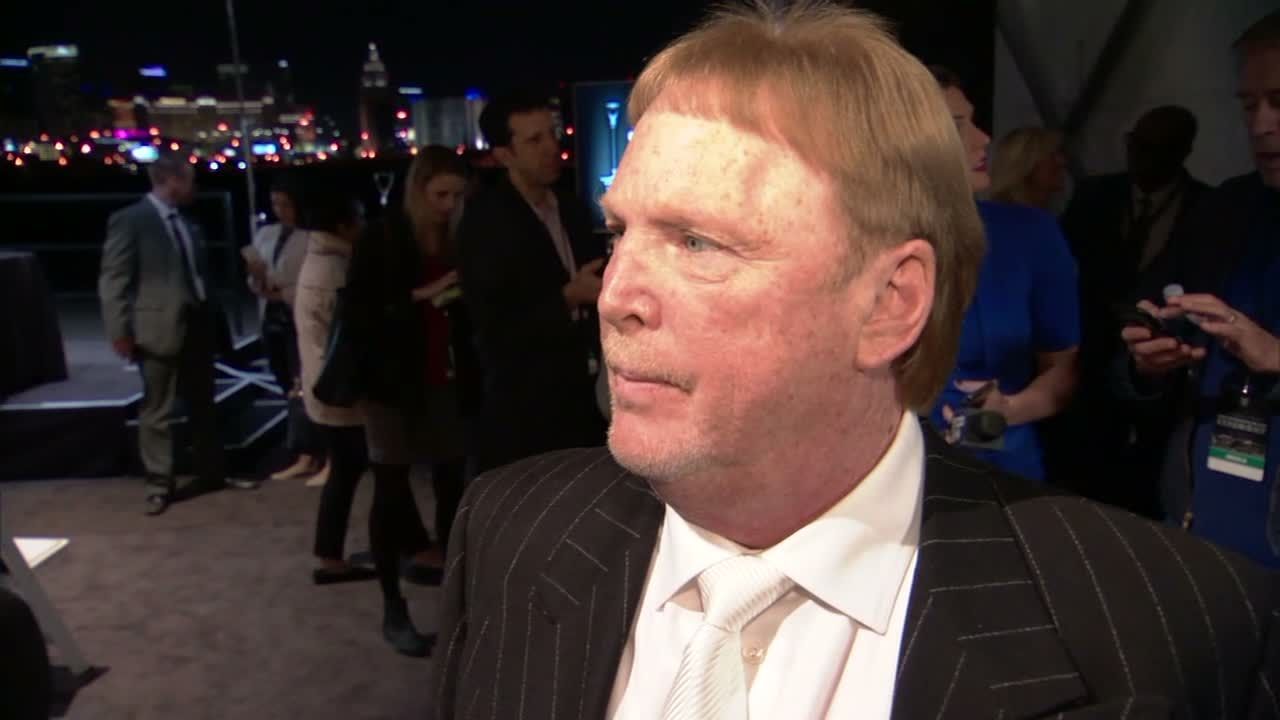