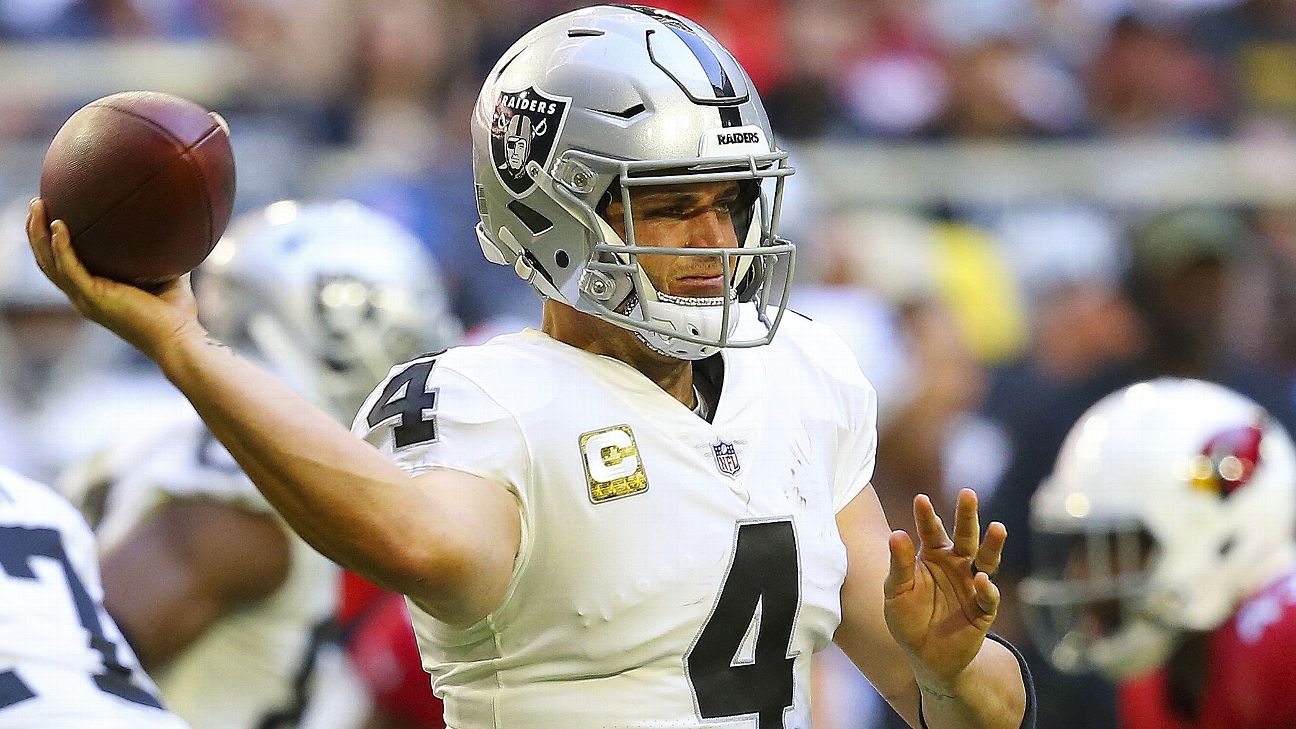 ALAMEDA, Calif. -- While the Oakland Raiders are in the running for the top pick of next April's NFL draft, quarterback Derek Carr has other plans.

"I want to mess up the draft," Carr said Wednesday. "I don't want the first pick. I want to win all these games. I want everybody to be mad at me for that. That's what I want to accomplish."

Bold talk from the field general of a 2-8 team that has defeated only the Cleveland Browns, 45-42, in overtime and the Arizona Cardinals, 23-21, on Sunday?

Perhaps. But Oakland, which is in the midst of a massive reconstruction project, is essentially in a three-team race for the top pick, along with the Cardinals (2-8) and San Francisco 49ers (2-8).

At the moment, the Raiders are projected to have the No. 2 overall pick, per ESPN's Power Football Index, behind the Cardinals.

It has been a strange season for coach Jon Gruden in his return to the sideline after nine years in the booth for ESPN's "Monday Night Football" as the Raiders are at or near the bottom of nearly every team statistical category.

"The drafts did not help supplement what we were doing in the free-agent market," Raiders owner Mark Davis told ESPN.com recently. "If you look at our roster now, it's a bunch of free-agent one-year guys that are mercenaries. And they're great guys and they're Raiders. Once a Raider, always a Raider... but we just don't have the overall talent of a 22-man roster."

From Carr's perspective, though, it is about gaining confidence going forward.