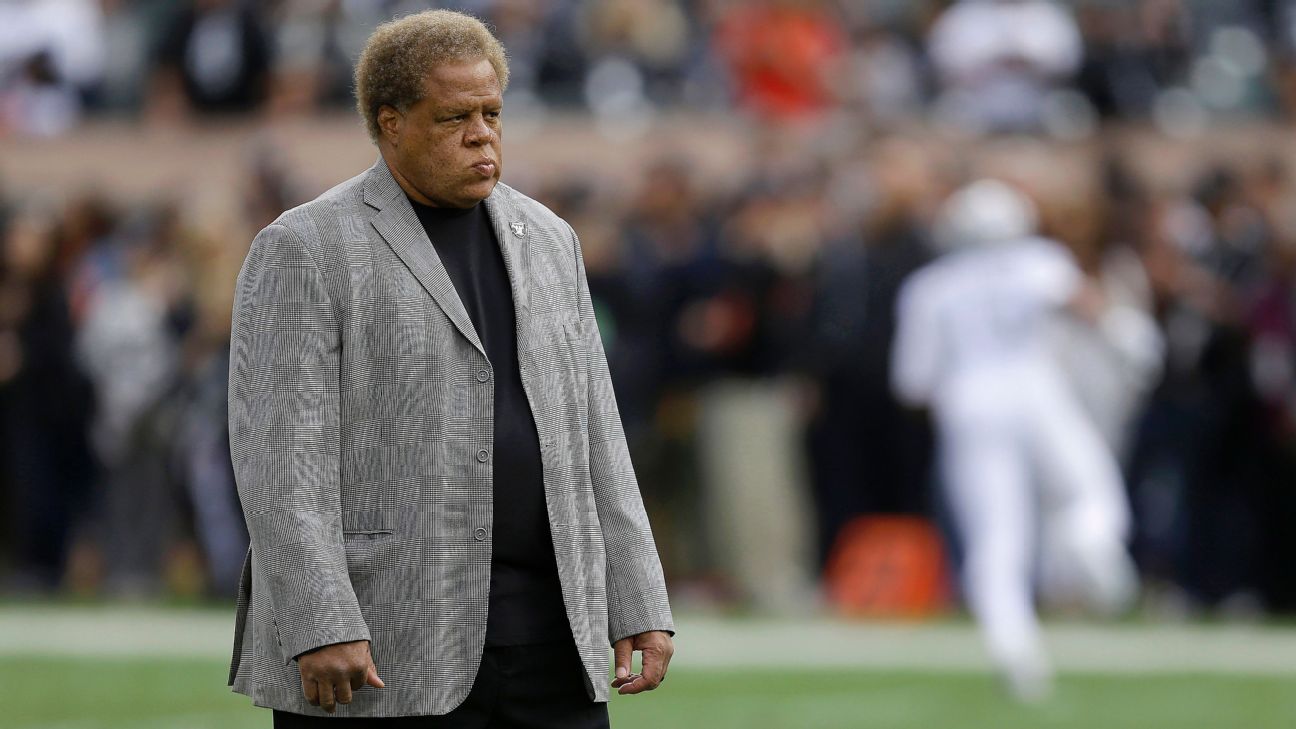 "We are grateful for everything Reggie has done for this organization as a player, executive and member of the Raider family," the team said in a statement, adding that the team "will immediately begin a search for a new front office executive and will have no further comment until that process is complete."

Many wondered whether McKenzie, the 2016 NFL executive of the year, would still fit in the organizational flow chart when head coach Jon Gruden was hired in January. Both insisted they would work together, and McKenzie recently said his job as general manager was to get Gruden the players he wanted, not necessarily players McKenzie liked.

"I'm not going to sit up here today and talk about any disconnect,'' Gruden said. "We were connected. We were very good friends and very connected. I'll leave it at that.''

Gruden said he went home after beating the Steelers 24-21 on Sunday night and was not part of the meeting in which McKenzie was relieved of his duties.

"Obviously, there was a meeting last night, and changes had been made," he said. "I respect everything that this organization is about. I can't exactly answer why the change was made last night, but changes were made, and we've got to continue to fight and continue to build this team back, and that's what we're going to do."

Asked if it was solely a decision reached by Raiders owner Mark Davis, Gruden said, "We all work for the same man."

McKenzie, who was the first major hire made by Davis after he took over the team following the death of his father, Al, in 2011, spoke in late October of reports of a rift between him and Gruden, and he called it "comical."

"You talked about pulling the strings, and you know, Gruden and I, we work together very well," McKenzie said at the time. "Let's make no mistakes about it. Him pushing me out, that's not happening. Me not being able to work with Gruden, that's furthest from the truth. OK? We work really well together.

"We're in each other's offices all the time. Talking about players, who's up, who's down, who I would like to see play more. Practice squad guys. About moving this guy. Claiming this guy. Trading. Guys calling me about trading this guy -- here's what I think, what do you think?

"Moving forward, when you talk about the negativity that I hear is between me and Gruden, there's been times I want to make a statement and say, 'Really?'"

Asked then who might be "untouchable" on the Raiders' roster as the trade deadline loomed, McKenzie joked, "I'm untouchable."

The Raiders' roster was torn down with the high-profile trades of All-Pro edge-rusher Khalil Mack on Sept. 1 and Pro Bowl receiver Amari Cooper on Oct. 22, hastening the rebuild in Oakland less than two years before the franchise moves to Las Vegas.

Davis lauded the financial efforts of McKenzie, whom he often referred to as his "guy" upon hiring him three months after the death of Al Davis, crediting McKenzie's acumen in getting the Raiders out of "salary-cap hell."

But other than the 2014 draft -- which netted Mack, quarterback Derek Carr, right guard Gabe Jackson and defensive tackle Justin Ellis--McKenzie's picks have left much to be desired, Davis said in a recent interview.

"It's been all part of an evolution, but I think it's becoming clearer and clearer to Jon, as well, that the talent is just not here at this time," Davis told ESPN last month.

"The drafts did not help supplement what we were doing in the free-agent market. If you look at our roster now, it's a bunch of free-agent, one-year guys that are mercenaries. And they're great guys, and they're Raiders. Once a Raider, always a Raider ... but we just don't have the overall talent of a 22-man roster."

Davis said on the night of Nov. 11, when the Raiders fell to 1-8, that the "buck" stopped with him, though he and McKenzie needed to "sit down and talk and figure out how we are going to go about the future. We've got to look in the mirror and figure out where the hell did we go wrong in trying to build this thing?

"We failed. I have failed. But at the same time, we wouldn't have been in the great position we were in without Reggie McKenzie being here."

Since that night, the Raiders are 2-2.

Gruden said he was not sure if he would be involved in the interview process for McKenzie's replacement, adding that he would not reveal any potential successors because "I don't know of any."

"I know Mark is going to accumulate a list of names and candidates, and I'm sure we'll discuss those people later this week," Gruden said. "Right now, I don't have any idea."

"I expect him to be a big part of the organization moving forward, honestly," Gruden said.

While the timing of McKenzie's firing might seem odd, it does allow for the Raiders to move forward as the team's scouts arrive at the facility this week for draft-related meetings. If McKenzie was not going to be a part of that process, it made no sense -- nor was it fair -- for him to run those meetings. 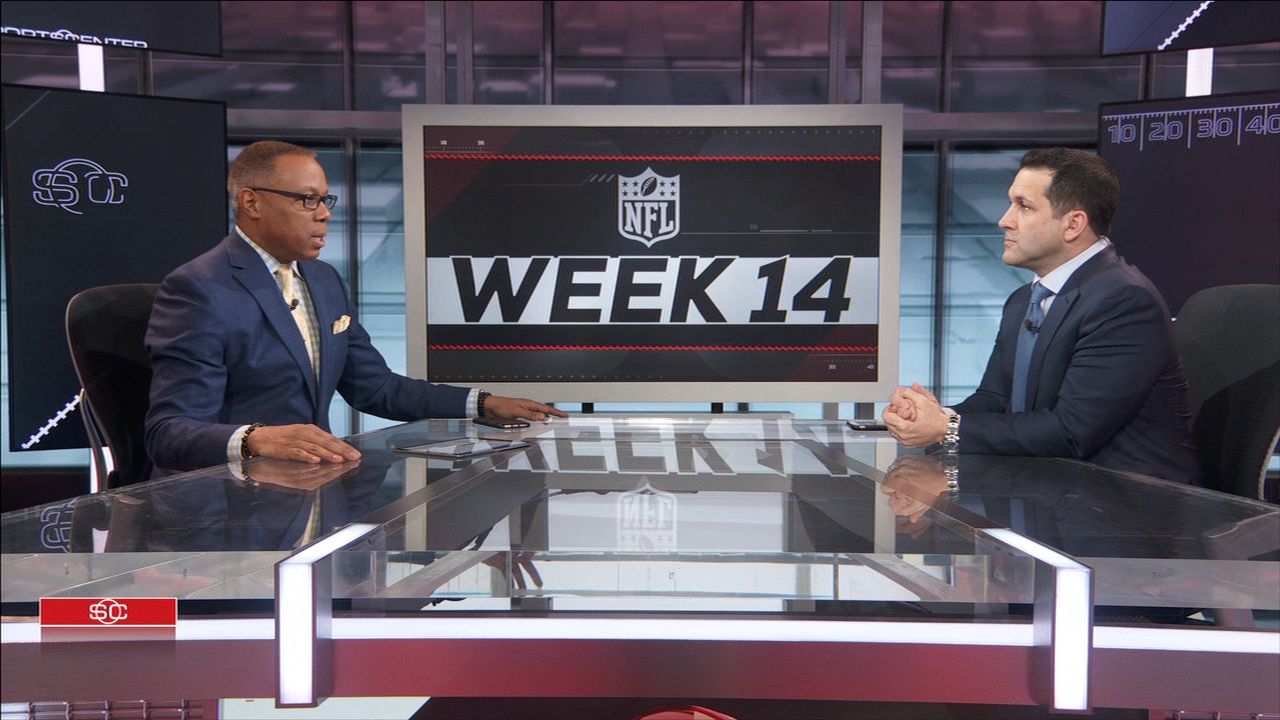