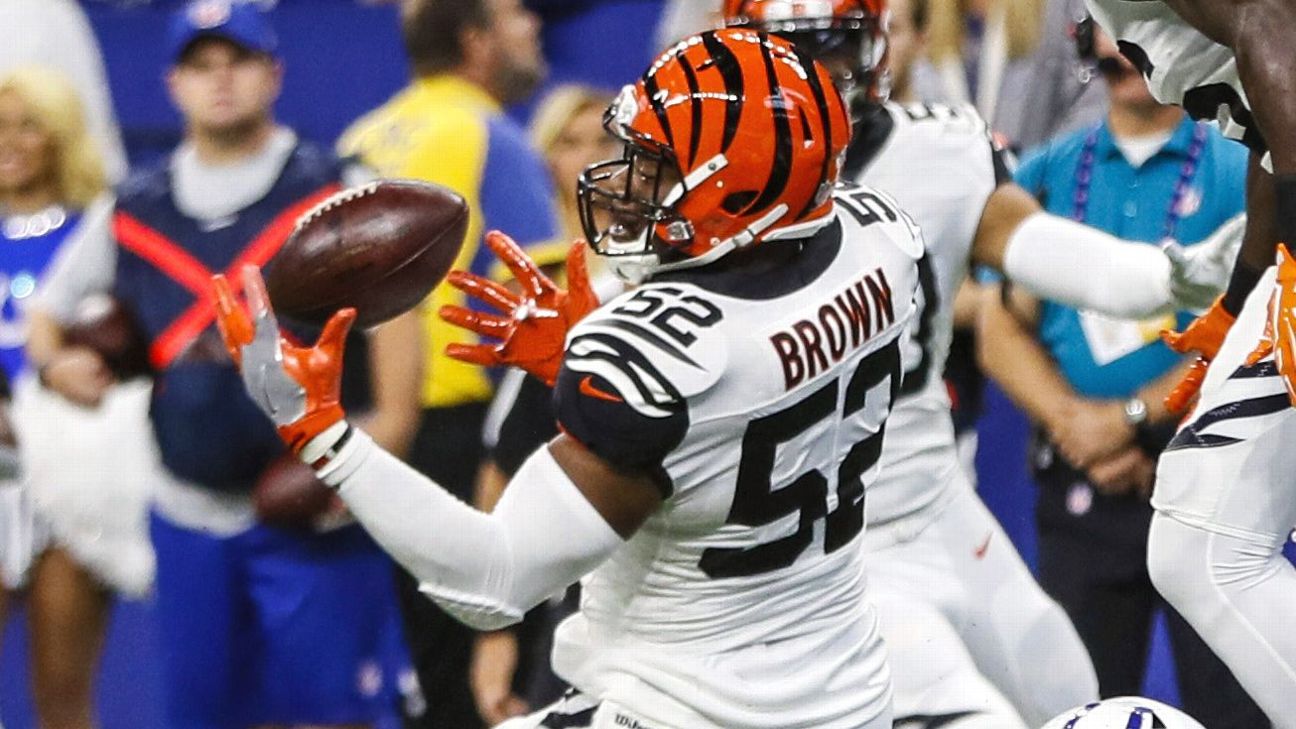 ALAMEDA, Calif. -- The Oakland Raiders have been searching for a prototypical middle linebacker for their 4-3 base defense since the NFL suspended Vontaze Burfict for the remainder of the season after Week 4.

They believe they have found one in Preston Brown, unemployed since last Tuesday after the Cincinnati Bengals cut him nine games into the three-year, $16.5 million contract ($4.8M guaranteed) he signed there this offseason.

The Raiders, who are 6-4 and riding a three-game winning streak into playoff contention, signed Brown to a one-year deal Monday and reportedly will be on the hook for the remainder of his base salary, estimated to be about $400,000.

"He's 27 years old," Raiders coach Jon Gruden said of Brown. "We really liked him coming out of Louisville. He had [four] straight 100-tackle seasons as a Buffalo Bill, went to Cincinnati and, obviously, things didn't work out.

"But he has the intangibles, first of all, that you look for in a middle linebacker. He's charismatic, he's intelligent, a physical guy, football junkie and he's been productive in the league. We'll put him in the room with [linebackers coach David] Lippincot and [defensive coordinator Paul] Guenther and see if he can get caught up quickly and we'll try to fast-track him."

The Bills selected Brown in the third round (No. 73 overall) of the 2014 draft. He led the NFL with 144 tackles in 2017. And he had 54 tackles with a forced fumble and a fumble recovery in nine games (eight starts) for the Bengals this season.

With so many injuries, the Raiders have added defensive pieces over the past few weeks in linebacker Will Compton, safety D.J. Swearinger and edge rusher Dion Jordan. All three played key roles on Oakland's 17-10 defeat of the Bengals on Sunday.

Oakland visits the New York Jets (3-7) on Sunday and then the Kansas City Chiefs on Dec. 1.