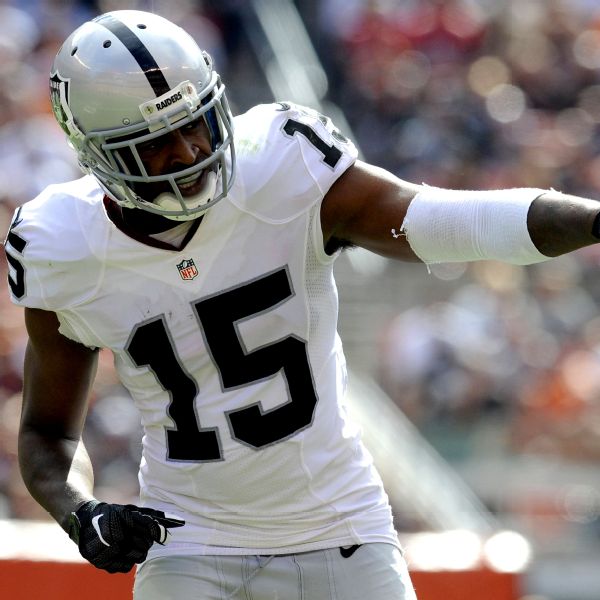 The Oakland Raiders' leading receiver,Michael Crabtree,is not expected to play Sunday against the Broncos, a source told ESPN's Adam Schefter.

The Raiders announced Saturday that Crabtree had been downgraded from questionable to play Sunday against the Broncos. Crabtree got hurt last Sunday in Washington and missed Friday's practice. He was limited earlier in the week.

Crabtree has 13 catches for 170 yards and a team-high three touchdowns through three games but is coming off his worst performance of the season, in which he and Amari Cooper were each held to one catch in the Raiders' 27-10 loss at Washington last week.

Crabtree has played in all 35 regular-season games since he signed with Oakland in 2015.