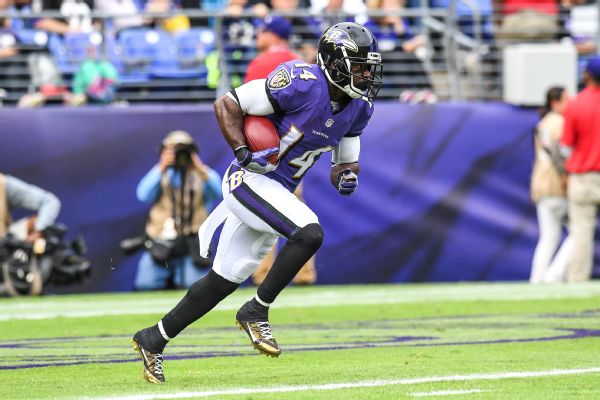 A potential Hall of Fame player, the 34-year-old Hester has struggled all season with injuries and a hesitancy to field punts, ranking 18th with a 7.2 yard average.

The Ravens could no longer stick with Hester after his indecision to field a punt deep in Baltimore territory led to a safety in Monday night's30-23 loss to the New England Patriots.

Michael Campanaro is expected to be promoted from the practice squad and take over as Baltimore's primary returner.

The Ravens signed Hester to a one-year deal on Sept. 4 with the hopes he would stabilize the returner position, but he never came close to looking like the same dominant returner from the past decade.

Hester holds the NFL record with 20 return touchdowns: a record 14 on punts, five on kickoffs and one return of a missed field goal.