Report: Broncos' Aqib Talib shot himself in leg in June 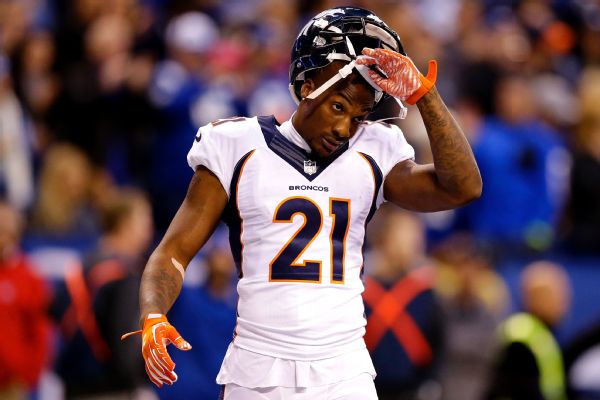 ESPN
By Jeff Legwold
Dallas police have completed their investigation into the June 5 shooting of Denver Broncos cornerback Aqib Talib. They concluded that he shot himself in the leg, according to WFAA television.

Dallas police will not file charges against Talib, WFAA-TV reported.

When reached by ESPN and the Denver Post, a media relations representative with the Dallas Police Department would not confirm the WFAA report.

The Broncos said Tuesday they would have no comment on the report.

To this point, Talib has offered few specifics on the incident other than, "I want to move on and concentrate on the season.''

Talib suffered a gunshot wound to his lower right leg in the early hours of June 5 in Dallas. He avoided surgery and was released from the hospital the following day. The incident forced him to miss the Broncos' visit to the White House to commemorate their Super Bowl 50 victory.

According to the police report, Talib said he didn't know who shot him and that the bullet "entered into the rear of his right thigh then exited his right calf."

An earlier police report indicated that a witness said he had been with Talib in a large group of people in a park when he heard one gunshot. The witness said he then found Talib on the ground and took him to the hospital.

Dallas police did confirm on Aug. 17 that they were still investigating the possibility that Talib shot himself.

The NFL continues to investigate. Multiple league sources told ESPN's Adam Schefter in recent days that the league had not yet made a decision as to whether Talib would face a suspension.

Internally, the Broncos have at least discussed what they would do if Talib were suspended for one or more games.

Each time he has been asked about the potential for league discipline for Talib, including as recently as two weeks ago, Broncos executive vice president of football operations/general manager John Elway has said, "We haven't heard anything, and I don't know what will ultimately be the decision.''

Talib did not have surgery following the shooting. He remained hospitalized for one night and missed the Broncos' trip to the White House. He practiced in training camp for the first time Aug. 8. He has started all four games this season.

Talib, in his ninth NFL season, had three interceptions -- two of which were returned for touchdowns -- and 45 tackles during the Broncos' championship season in 2015.