ESPN
SAN FRANCISCO -- That visible circle in the back pockets of big leaguers -- typically a sure sign of smokeless tobacco -- might be far less common next season.

Players new to the majors won't be able to dip next year without risk of penalty, a provision under baseball's tentative five-year labor agreement reached late Wednesday.

"I think the smokeless tobacco ban is both logical and I am thankful," Los Angeles Angels reliever Huston Street said in an email to The Associated Press on Thursday night. "I understand choice, but choosing to die sooner is not one I support."

It is possible more than the 12 current major league cities with laws either in place or headed that way will have tobacco bans by the start of the 2017 season. That's what many health experts and advocates in the prevention efforts are hoping for, at least, though they certainly would have preferred a tobacco ban across the board for baseball to set an example for youth and the sport's future.

"The new collective bargaining agreement reached last night by Major League Baseball owners and players takes a major step forward in removing tobacco from the game by prohibiting all new MLB players from using smokeless tobacco, like chew, dip and snuff," said Matthew L. Myers, president of the Campaign for Tobacco-Free Kids. "Combined with the fact that 12 major league cities already have prohibitions on tobacco use at their baseball parks by all players and team personnel, baseball is now on a clear path to become tobacco-free in the very near future.

"While we had hoped for a complete prohibition on smokeless tobacco in baseball in the new agreement, this is a major step forward and represents the first time the players and owners have a made a clear commitment to fully eliminating smokeless tobacco use in baseball," he said.

Right-hander Cal Quantrill , a first-round draft pick by the Padres this year taken No. 8 overall out of Stanford, isn't sure what the ban will mean for prospects working their way toward the top. The son of former big league pitcher Paul Quantrill, Cal Quantrill doesn't chew.

"It's hard to say if there is less dipping, but I would say people definitely are more aware of the consequences," said Quantrill, who pitched between the rookie level and A-ball in 2016.

With cancer concerns at the forefront since Hall of Famer Tony Gwynn's June 2014 death at age 54 from salivary gland cancer complications following years of dipping, the dangers of long-term tobacco use have become a national issue for the national pastime. Gwynn's family filed a wrongful death lawsuit earlier this year against the tobacco industry.

"Sounds like a good start," Giants head athletic trainer Dave Groeschner said of the ban. "Those players should be used to it as that is already in place in the minor leagues."

Five years ago, San Francisco manager Bruce Bochy used a hypnotist to quit chewing tobacco. A close friend and old teammate of Gwynn's, he has dipped off and on since, facing a constant battle of trying to end the decades-old habit dating to his playing days.

"I would think that there would be a lot less in the near future," Giants Gold Glove shortstop Brandon Crawford said in an email.

For the last five seasons, big league players were prohibited from carrying tobacco products, including tins and packages, onto the field when fans were in the ballpark. But in the clubhouses, indoor batting cages and other out-of-sight spots, the tell-tale signs were there.

"This reported agreement between Major League Baseball and its Players Association is a victory for the health of new professional players and young players all around the nation who look up to them as role models," said Frank Pallone Jr., D-N.J., ranking member of the House committee on Energy and Commerce. "The devastating health effects of chewing tobacco are well known, and any opportunity to limit its use at the professional level is a welcome development."

In the visiting clubhouse at San Francisco's AT&T Park, there will be no smokeless tobacco. That's part of the reason clubhouse manager Abe Sylvestri and his staff now has candy jars on two shelves with a dozen or so options -- providing an alternative for players who typically chew, and just a quick sugar jolt for anyone else who might need it.

"We won't be supplying it at all," Sylvestri said, "not worth it."

Tim Flannery, former Giants third base coach and a ex-teammate and close friend of Gwynn, appreciates the step and offered an old-school idea.

"I think it's time. In the minor leagues for years it's been banned," Flannery said. "If a guy really needs a fix he can sneak up the tunnel like the cigarette days." 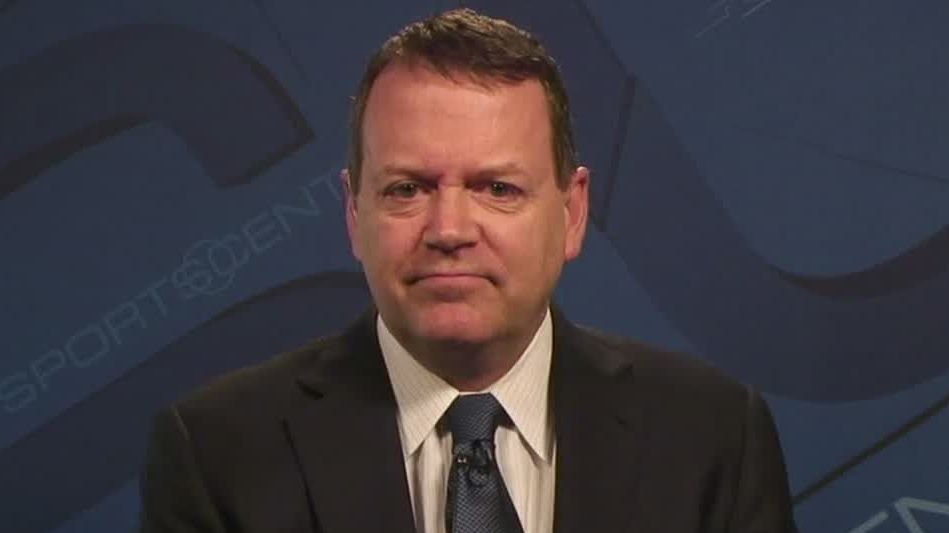