Rock and a hard place: But is it Wade or the Heat who are stuck?

ESPN
By Dan Le Batard
The Miami Heat's long and healthy marriage with Dwyane Wade is in a delicate, dangerous place. The tension and frustration is real, and it pushes Wade and the Heat closer than they have ever been to a messy divorce. And LeBron James, bejeweled mistress who comes in and out of that marriage occasionally with many fireworks, is in a fascinating position to do some home wrecking if he so desires.

(More on that in a moment.)

The Golden State Warriors, just a couple of baskets away from back-to-back championships, sent Steph Curry, Klay Thompson, Draymond Green and Andre Iguodala to go get the NBA's biggest free agent. A front office and team united, in public and private. The San Antonio Spurs entered Kevin Durant's recruiting room with LaMarcus Aldridge, who could talk about how San Antonio's stars put aside their egos and dollars to make a place for Aldridge a year ago. Management and star working together, in public and private.

Miami Heat legend Pat Riley? He didn't merely walk into Durant's recruitment without his biggest star. He did so without Wade's cooperation in any way, not financially and not emotionally. Days before the meeting, the Wade camp leaked that Wade was unhappy with Miami's initial lowball offer -- an offer the Heat denies -- and would entertain leaving in free agency. Never mind flying out to see Durant or being financially flexible with trust because his Larry Bird rights allow Miami to wink-wink golden parachute him years from now. Wade wouldn't make so much as a public comment to lure Durant or call him or text him either. This while vacationing with James overseas, no less.

Wade wasn't going to persuade Durant to take dollars that could be his, and it's hard to blame him for that unless you are a Heat management that has grown accustomed to his cooperation and needed his help with Durant while he was vacationing with James. Hassan Whiteside, who had multiple max offers, was willing to give back to make room for Durant. Wade apparently was not.

So, for the second time in two years, and the only times in the relationship, Miami and Wade were divided, in public and private. This isn't how this organization conducts business, but Wade has spent two offseasons throwing dirty laundry in the streets because of fractured trust, though at least this year he didn't sing Rihanna's "Bitch Better Have My Money" with his son on Snapchat. No Heat player has ever done this, never mind a star. Bargaining? Bluffing? Business? This isn't how discounted Dirk Nowitzki or Tim Duncan work with management they trust. James and Wade are about player empowerment, and they certainly aren't obligated to help billionaires with discounts, but why the sudden and public disconnect after all these years? Could it be about who owes whom in this relationship?

Wade, who has never been the Heat's highest-paid player, has made nearly $25 million in sacrifices for the organization over the years. But the Heat can counter that he has done that to help himself as much as the franchise, and that it isn't refunding dollars Wade lost mostly because of James, Chris Bosh and Wade's agent, Henry Thomas, who has a conflict of interest.

The Heat prides itself on lifers and loyalty and family, but the relationship with Wade has been contaminated by business. His relationship with James is more personal. And that's where things become soap-opera interesting: Because James, power broker and paradigm shifter, is in a position to either make the financial sacrifices to steal Wade to Cleveland outright by taking the minimum or merely create the game-of-chicken leverage that forces Miami to pay Wade too much because of the threat of its beloved icon going to join him in Cleveland. The Cavs are the only legitimate contender among the teams said to be interested in Wade; but Cleveland is also the only place Wade could go where Heat fans would blame him and not stubborn management for losing him. Riley can dare Wade to go to Denver or Milwaukee over dollars; he can't dare him to go to Cleveland.

James, who reportedly has a lifetime deal from Nike worth $1 billion, could take a tiny deal to make room for his friend. Or, because he runs the joint in Cleveland, he could work behind the scenes to get his friend money from Denver or Milwaukee with the understanding that Cleveland will trade for Wade on Dec. 15. Collusion? Yeah, whatever. Backroom deals are what brought James to Miami and how he left. Or the possibility of all this pressures Miami into trading someone to make room and overspend on Wade. LeBron James, still haunting Miami from the beyond.

This is all fun to think about if you aren't a Heat fan. James, who cares very much about his image, gets to appear selfless while buying reinforcements he now needs to combat Durant's loaded Warriors, if indeed he thinks Wade can fit and help at his age; James left him and his balky knees two years ago, remember. As an added bonus, James pays back the friend he cost $10 million when he blindsided the Heat by returning to Cleveland. Sure, this all seems farfetched. Or it could be something James and Wade were discussing on vacation while Wade wasn't helping Miami with Durant. Lord knows what these two have done the past six years has been farfetched enough that what Durant just did with Golden State makes him a follower instead of a pioneer.

But the Kobe Bryant Dilemma has arrived at the Heat's doorstep. Do you overpay for an old icon's past in a salary-capped league even if it cripples your future? Nostalgia is nice, but it doesn't buy you much with the customers from last place in 2018. But when you pride yourself on loyalty and reputation, as the Heat do, can you afford the public-relations damage of appearing cheap with a beloved hero at the center of three championships? The two-year, $40 million offer seems fair at his age, but you can see how Wade would look at Matthew Dellavedova getting $38 million and Tyler Johnson, with all of five starts, getting $50 million, and feel disrespected by it too. And you can see the Heat protecting their future while arguing that most of that $2 billion spilled throughout the league in free agency this offseason has gone to players a lot younger than Wade. This appears to be as high as Miami is willing to go, take it or leave it.

What's odd, though, is that Wade is asking a management he suddenly mistrusts to make him whole on millions that James, Bosh and Wade's agent helped cost him. He has never once blamed them publicly, but his agent has a conflict of interest in representing both Bosh and Wade in a capped sport, a conflict of interest the Heat liked just fine when they delivered both of them to Miami to begin the Big Three. But here's where it became problematic:

When James cost Wade $10 million by leaving -- Wade had opted out of a $42 million contract to create max room for James, only to get stuck with a $32 million deal when James bolted -- a frenzy started. Houston swooped in to steal Bosh. According to three sources, the Heat was informed that Bosh was leaving to Houston for $88 million. Miami offered about $7 million more than that. Nope. Had to be the max -- $118 million. Nothing less than the max would keep Bosh in Miami. The Heat wanted to pay Bosh and Wade equally, $18 million a year, and protect future flexibility. Nope. Bosh gets the max or he's gone. And that's how Thomas got one client his money in Miami while the other one, the older one, now fights for more dollars from a team that already has offered him all of its remaining cap space. Wade doesn't blame James or Bosh or his agent publicly, but he sure as hell seems to blame the Heat.

During all those free-agent meetings, Durant told suitors that he valued a win-now roster more than money, and he proved it with his decision. But Riley met him with question marks on Bosh and Wade -- with no real chance, in other words. Wade, it became clear to anyone watching, is no longer working with the Heat. And that puts into very real question, more than ever, how much longer he will be working for the Heat.

This story by Dan Le Batard also appears in the Miami Herald. 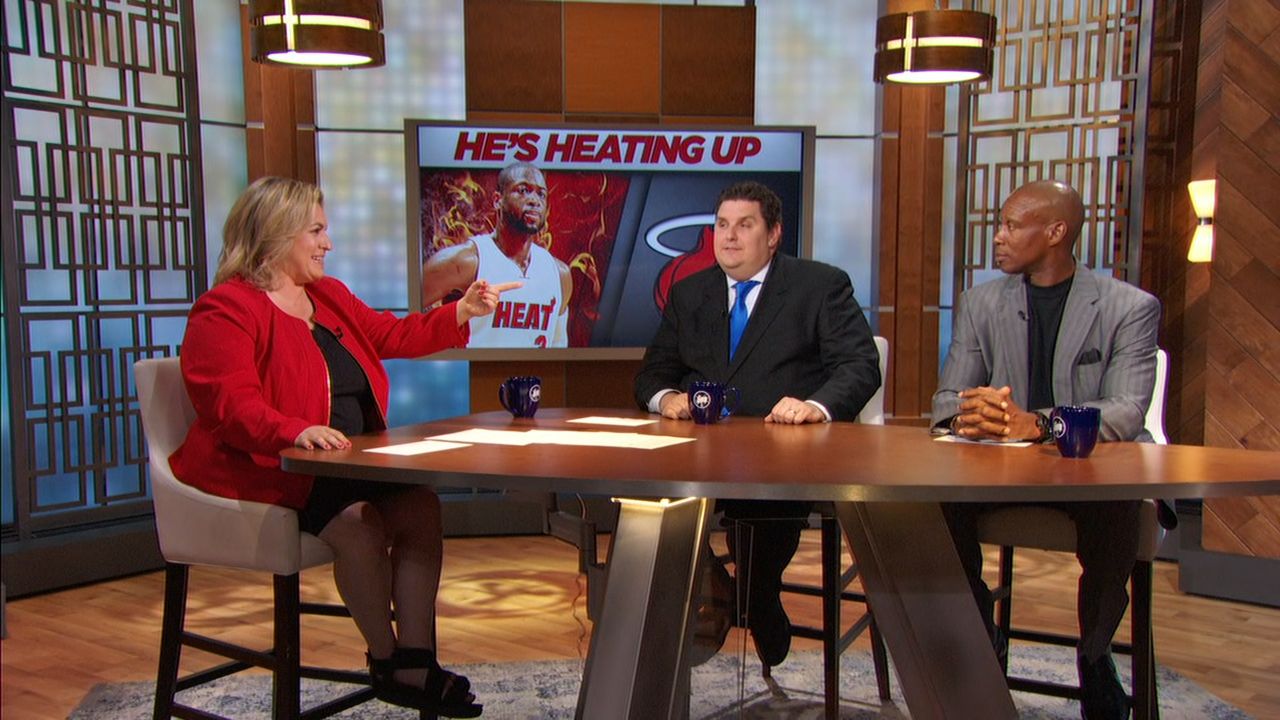