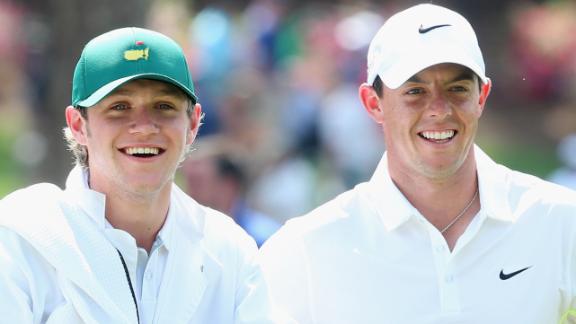 Rory McIlroy will skip the Masters Par-3 Contest next week in the hopes it will help him finish off the career Grand Slam at Augusta National.

"I'm not going to play the Par-3 Contest this year as it's just too much hassle and it's a bit of a distraction," McIlroy said to multiple media outlets.

McIlroy, who has played in the Masters a total of seven times with a fourth-place finish last year his best result, skipped the pre-tournament event just once. In that year, 2011, the Northern Irishman went to the back nine on Sunday in the hunt for the green jacket, only to fall into a tie for 15th after a final-round 80.

He cited that collapse as the reason he came back in his next major, the 2011 U.S. Open, to claim his first Grand Slam win at Congressional Country Club.

At the Par-3 Contest in 2015, McIlroy made waves when he had One Direction star Niall Horan caddy for him. The year before, McIlroy's former fiancée, Caroline Wozniacki, caddied for him.

Since the Par-3 Contest's inception in 1960, no one has ever won it and the Masters in the same year.