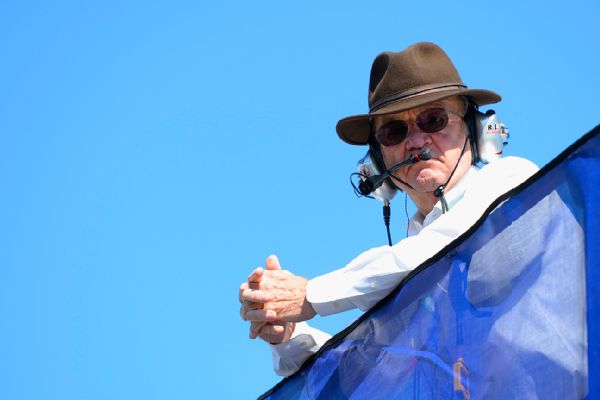 Roush Fenway Racing will cut from three to two Cup teams in 2017 and loan driver Chris Buescher to JTG Daugherty Racing, which will expand to a two-car operation next season.

The move allows Roush Fenway to keep Buescher under contract while trying to revitalize its performance for an organization whose proud history includes putting five drivers into the Chase in 2005, two Cup championships and 135 Cup victories. Winless the past two seasons, Roush Fenway put no drivers in the top 20 in the 2016 standings -- Ricky Stenhouse Jr. finished 21st in points, while Trevor Bayne was 22nd and the recently released Greg Biffle was 23rd.

Stenhouse and Bayne remain as Roush Fenway's full-time Cup drivers. The team's charter (NASCAR's version of a franchise) for what was Biffle's No. 16 car will be leased to JTG Daugherty Racing for Buescher in 2017. Stenhouse will have a new crew chief in 2017, as former Biffle crew chief Brian Pattie will replace Nick Sandler, who will head the Roush Fenway engineering department.

"We have been able to shore up our plans for 2017 and we feel that this will continue to move us in a direction that will yield improved performance and results," Roush Fenway co-owner Jack Roush said in a statement.

"We saw improvement in our cars and made substantial gains in our performance at times last season, and we will continue to build on that by maintaining a robust engineering group in order to take the next step by consistently running up front."

Buescher, the 2015 Xfinity Series champion who drove for Roush Fenway Racing affiliate Front Row Motorsports as a rookie in 2016, finished 16th in the standings thanks to making the Chase with a win in the rain-shortened August race at Pocono. He was 29th in the points in the regular season but earned a spot in the Chase with that win. The 24-year-old Buescher now joins AJ Allmendinger, who was 19th in the standings last year, as part of a two-car Chevrolet stable at JTG Daugherty. The team did not announce a car number, crew chief or sponsor for Buescher.

"I'm thankful for the opportunity and look forward to competing for a spot in the Chase," Buescher said.