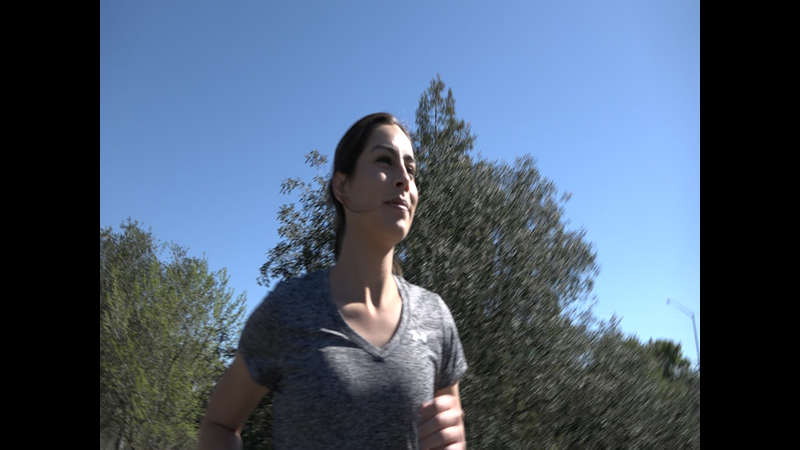 San Jose woman preparing to run across US

SAN JOSE, Calif. (KGO) -- Molly Cuevas is running down a dream. The 24-year old San Jose native is taking her passion for sports and adventure and putting it to the test on a three month, 3,000 mile run across the United States.

The goal of the run is to raise funds and awareness for the Challenged Athletes Foundation. It is an organization dedicated to providing opportunities and support to people with physical challenges, so they can pursue an active lifestyle through physical activity and competitive athletics.

"I have been playing sports my whole life and I think sometimes that is taken for granted. There are so many people who don't have the resources they need to be involved in sports. So I wanted to get people more involved." said Cuevas.

Cuevas grew up playing sports in San Jose. She attended Santa Teresa and Leland High Schools before playing field hockey for Adelphi University in New York State. That's where she got the inspiration for the run.

"The idea actually popped into my head by a teammate from college. She said that her friend was running across the country as a group and she was running a leg of it," Cuevas said. "I thought that was awesome, but I would want to run the whole thing."

Cuevas plans to start in Santa Monica instead of San Jose to avoid the mountains of Colorado.

Her route will cover 12 states and end in Montauk, New York. She will literally be running coast-to-coast.

She believes that her whole life has prepared her for this adventure she is about to begin. But, she says the motivation of helping CAF and making her family proud is what will help her during the challenging stages.

"It's all for CAF," Cuevas said. "I have a lot of people in my corner who wants to see me succeed. I want to do it for them, myself and for CAF."