Sharks' Thornton, 40, returning for another year 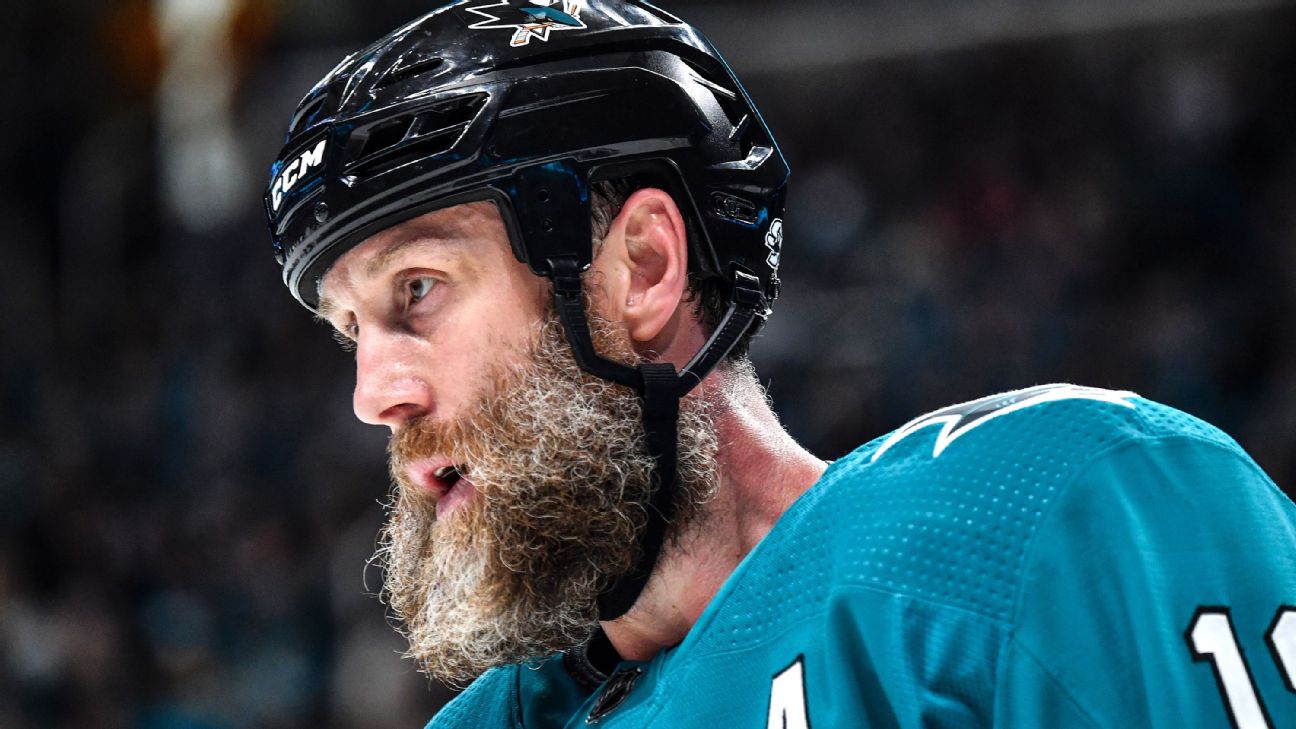 SAN JOSE, Calif. -- Joe Thornton is coming back for another season at age 40, signing a one-year, $2 million contract with the San Jose Sharks on Friday after briefly contemplating retirement at the end of last season.

Thornton decided in the offseason that he wasn't ready to hang it up after 21 years in the NHL, saying he'd play only in San Jose. The Sharks were eager to bring Thornton back, but it took until a week before training camp for the contract to be completed.

Thornton arrived in San Jose in a franchise-altering trade from Boston on Nov. 30, 2005, turning the Sharks into a perennial Cup contender that can never quite win it all.

He quickly became the face of the franchise, winning the Hart Trophy as MVP in his first season. He also led the team to back-to-back conference finals appearances in 2010-11 and a run to the Stanley Cup Final three years ago before a loss to Pittsburgh.

The Sharks hoped to give Thornton a championship last season, when teammates and coaches openly talked about wanting to "Win for Joe." But San Jose lost in six games in the conference final to eventual champion St. Louis.

"I've been in this business a long time," general manager Doug Wilson told reporters. "I've never met a guy who loves the game like him, loves this team, makes everybody around him better like that. It's a privilege for all of us to be around him because it's contagious. He's obviously impacted this franchise not only on and off the ice but his teammates and all the young guys who have the ability to learn and watch and see what it takes to truly be great."

Thornton hurt his groin in the first game of the St. Louis series and his play suffered for it, despite his two goals and one assist in a Game 3 win. The Sharks then lost the final three games to end the season.

Despite that late injury, Thornton was mostly healthy after major reconstructive surgery on both knees the previous two years. He played the final 71 games of the regular season and didn't need rehab this summer, which contributed to his decision to return.

"It's so impressive over the last few years what he gets through," teammate Tomas Hertl said. "He never stopped believing and he loved to be in locker room, he loved to play. He can't even walk after injury and was like, 'No, I will be back. I want to just play hockey.' I'm not even surprised he just signed because last two weeks I was in San Jose [and] he was working hard and just like, 'I want to just play the game. I love it. I still got fuel in the tank.' He's so important I think for our team just how he is."

Thornton's role diminished last year as he played mostly as a third-line center and often wasn't part of the top power-play unit. But his line with Kevin Labanc and Marcus Sorensen was San Jose's most effective down the stretch and he finished with 16 goals and 35 assists.

Thornton had 10 goals and 23 assists in his final 39 games, ranking third on the team in points during that span.

"I don't think it's amazing that he's playing. I think it's amazing how he's playing and putting up numbers and making plays," Kings center Anze Kopitar said. "And I'm sure he's had to adjust a little bit. If you look back 15 years compared to now, the game has changed a lot. So the fact that he can adapt and produce in the way that he produces, not just trying to stay in the lineup, he's the guy on the power play that they go to and he's making plays and all of that. It's great to see."

Meanwhile, the Sharks have hired former Los Angeles Dodgers GM Ned Colletti as a professional scout who will primarily focus on scouting at the AHL and NHL level.