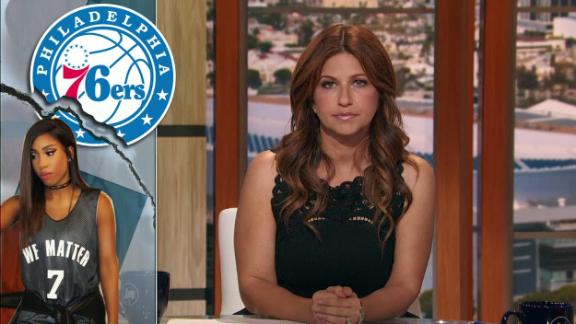 CAMDEN, N.J. -- After Philadelphia 76ers players' "voices were heard" in a team meeting, the organization on Friday issued an apology to singer Sevyn Streeter, saying it should have allowed her to perform the national anthem Wednesday night.

"We are sorry that this happened. After receiving feedback from our players, basketball operations staff and ownership group, we believe that the wrong decision was made, and Sevyn should have been welcomed to sing," the team said in a statement.

"We apologize to her, and in an effort to move the conversation forward, we have reached out to offer her an opportunity to return and perform at a game of her choice. We are waiting to hear back."

Streeter was slated to sing before the 76ers' season opener against the Oklahoma City Thunder, but she said in an interview with The Associated Press late Wednesday that she was told she would not sing just minutes before her performance because she was wearing a "We Matter" jersey.

The anthem issue has been a major topic in the sports world in recent months, starting with the decision by San Francisco 49ers quarterback Colin Kaepernicknot to stand while it is played. Kaepernick cited racial injustice and police brutality among the reasons for his protest, and athletes from many sports -- and many levels, from youth all the way to professional -- have followed his lead in various ways.

Sixers players were informed of the Streeter situation by a team representative Thursday before holding a team meeting to discuss the issue and what they wanted to do moving forward.

"I didn't think it was right," Sixers guard Gerald Henderson said. "We talked about it and collectively we thought that was the best decision [to let her sing in the future]. We felt like she should have been able to sing, and for whatever reasons, that didn't happen. I think it is a good idea to reach out to her, and hopefully she can come back and sing her song."

Forward Jerami Grant also said he is hopeful that Streeter will accept the offer to come back and sing -- but added that if she doesn't, the players will talk about something else they want to do as a team.

"We haven't figured that out yet," he told ESPN's Jeff Goodman.

"Coach [Brett] Brown came to us and allowed us to come up with an idea of what to do," Grant added. "He gets it. He knows how we feel about this, he knows me and a couple other guys didn't like what happened with the decision not to allow her to sing.

"We need to move forward. We can't change the past, but we're trying to right the wrong."

"I don't really look at it as a political statement. It was just a statement in general. We matter. We matter as people," he said.

Brown said he wanted his players to share their thoughts in the meeting and said "our players' voices were heard."

"If we as an organization had to do what we did again, that decision would not have been made," Brown said after practice Friday. "I applaud the ownership group because it happened real quickly yesterday. Immediately we had [a representative] come out. ... I sat with my players, I said, 'This is what's happened. You've heard it and in your perfect world, what do you wish would happen?' And clearly there was some anxiety with that decision."

"We made a mistake and we move on," Brown later added on behalf of the organization. "Our players' voices were heard, and that was their choice, too, to extend an invitation and bring her back."

Streeter said she was told two minutes before walking out to perform the anthem that she "could not wear my shirt while singing the national anthem. ... I was never given any kind of dress code. I was never asked beforehand to show my wardrobe."

Streeter has written songs for Chris Brown, Ariana Grande and other stars. In 2013, she had a top-40 hit with "It Won't Stop," a duet with Brown that reached Recording Industry Association of America gold status.

The singer, born Amber Denise Streeter, said she was very hurt by the NBA team's actions.

"I was angry -- extremely, extremely angry -- and disappointed and honestly brought to tears by all of it. It broke my heart,'' she said. "Honestly, I was very excited about being able to perform the national anthem. I was really looking forward to that."

A source told ESPN that any on-court performer -- singer, dancer, entertainer -- must sign a contract that gives the 76ers the right to cancel a performance if the standards described in the contract are not met. The Sixers declined to say why Streeter's performance was canceled, but according to a report by CBS Philly, the contract prohibited political statements. The 76ers offered her an alternate shirt, but she refused it, the report said.

"I also felt it was important to express the ongoing challenges and ongoing injustice we face as a black community within the United States of America -- that's very important to me," Streeter said. "Yes, we live in the greatest country in the world, but there are issues that we cannot ignore. This can't be ignored."

The Sixers play at home Saturday afternoon against the Atlanta Hawks,and players did not say whether the team has anything planned for the anthem.

"We talked about some things as far as declaring something to make our stand," Brown said. "We are not in a position to do that. I think our best effort to date has been Jerami and Hollis [Thompson] and organization presenting [a $10,000 community initiative check to the International Institute For Advanced Instruction/Gateway to Re-Entry nonprofit]. Trying to do it in ways that we feel is responsible and still bold enough to make the stance we want to make.

"We simply want to say that we apologize. We made a mistake and we want to move on."

The Sixers' players, though, made it clear they want to see Streeter sing the anthem at one of their games.

"She wanted to wear a T-shirt that she felt was important," Henderson said. "I don't know if telling her that she couldn't sing was saying that her statement was unimportant. But she should be able to do what she chooses and that is why we are going to call her back."

76ers' Brown excited to invite Streeter back for anthem
Sixers coach Brett Brown says the organization had a conversation about the decision to remove Sevyn Streeter from singing the national anthem before the home opener and realizes it was a mistake. 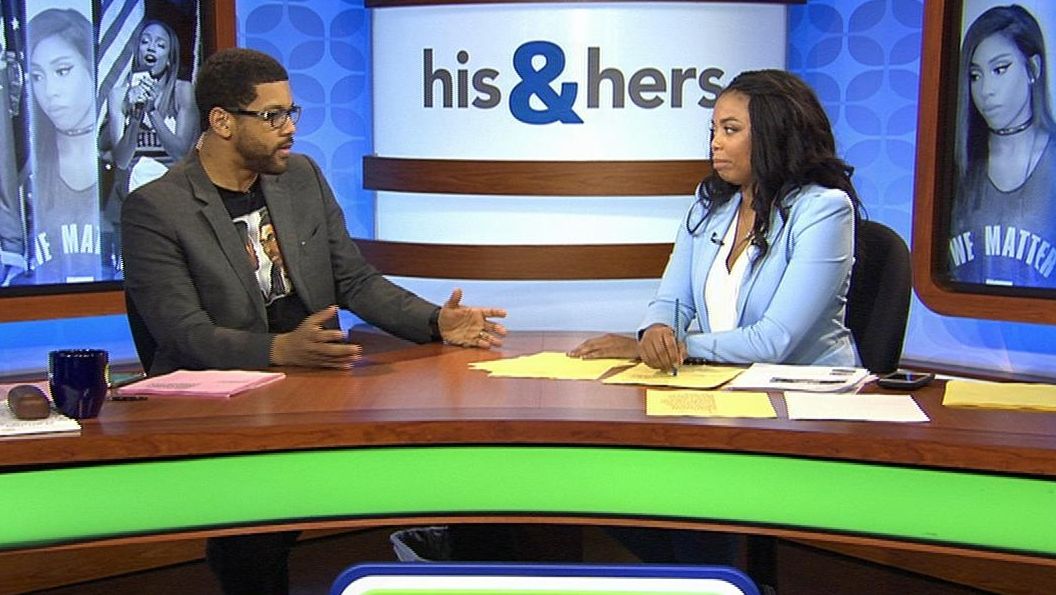 Was the Sixers anthem apology prompted by players response?
Jemele Hill and Michael Smith react to the apology the Philadelphia 76ers organization offered Sevyn Streeter after they denied her national anthem performance because of her attire. 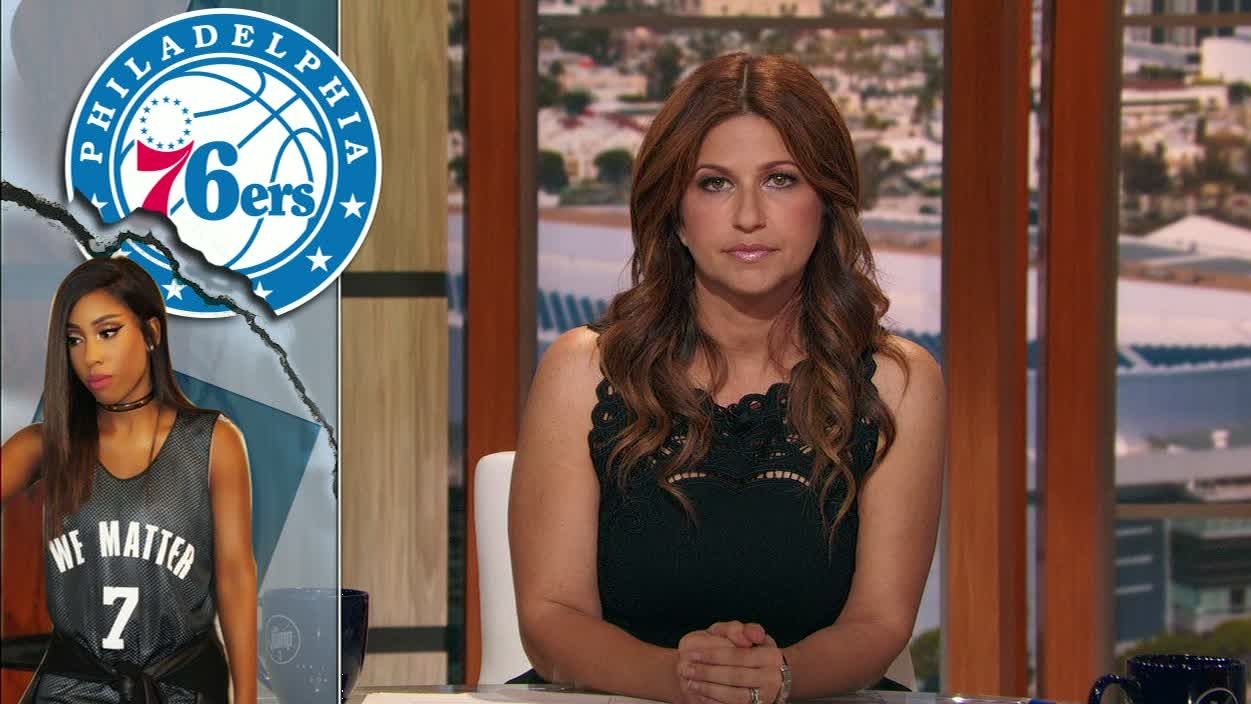 Nichols: 76ers did not live up to the NBA's progressive stance
Rachel Nichols says even though the 76ers were within their rights to not have Sevyn Streeter sing the national anthem, she does not agree with the decision and thinks the team will face repercussions that come along with its actions. 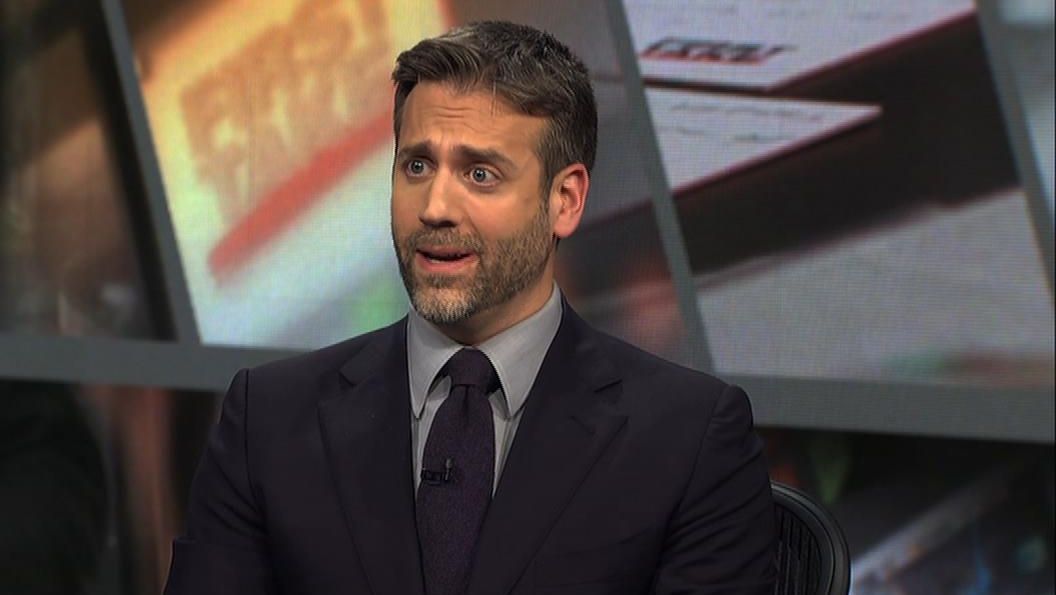