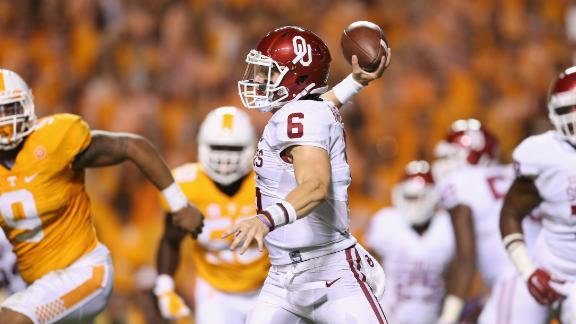 Oklahoma linebackerEric Striker and safety Hatari Byrdhave apologized for their behavior in the wake of theSooners' double-overtime win at Tennesseeon Saturday, when they were seen and heard shouting obscenities and making an insulting gesture before leaving the field.

Sooners coach Bob Stoops said earlier Monday he was dealing internally with players about postgame incidents that were caught on video after the 16th-rankedSoonersrallied to win in Knoxville.

After the game, video caught Striker, a team captain for Oklahoma,shouting foul language directed at the SEC while walking off the field. A photo also surfaced of Byrd with his left arm raised and middle finger extended toward the crowd.

Both players issued apologies via Twitter, with Striker saying he hoped "the people I've hurt can find it in their heart to forgive me."

Oklahoma junior quarterback Baker Mayfield, in an interview Monday night on ESPN's SportsCenter, said the situation shouldn't have escalated to the level it did.

"At the time, we didn't know much about what had happened. But I mean, now [Stoops] said, 'Just handle your business,'" Mayfield said. "Obviously everybody is excited. It's a double-overtime win. People are going to be happy about it. But he said, 'If you're going to celebrate, get in a big circle with your teammates and celebrate.'

"The fans didn't play with us. There's no reason to celebrate or talk to them. It's inside the program, so you got to talk to your own guys."

Stoops said he was already working on ways to educate players about the kind of behavior displayed. He didn't elaborate.

Stoops was asked if players are told to be aware that cameras can be on them at all times.

"Sure we do, and they need to be reminded again," Stoops said during the Big 12 coaches' teleconference. "But obviously, when you have inappropriate language and gestures when they're out there in the heat of the moment immediately, you know, with an intense game like that, it will be dealt with internally."

In what is likely to stand out as the Big 12's top victory against out-of-conference opponents this season, Stoops said the way the Sooners rallied for the 31-24 winwas a bonus.

"You never want to be behind, but when you can come through that way, it really can give your team a boost to always know that you're always in it, keep fighting, have faith in what you're doing and things can change," Stoops said.

"It definitely gives you a boost away from home and being down and coming back." 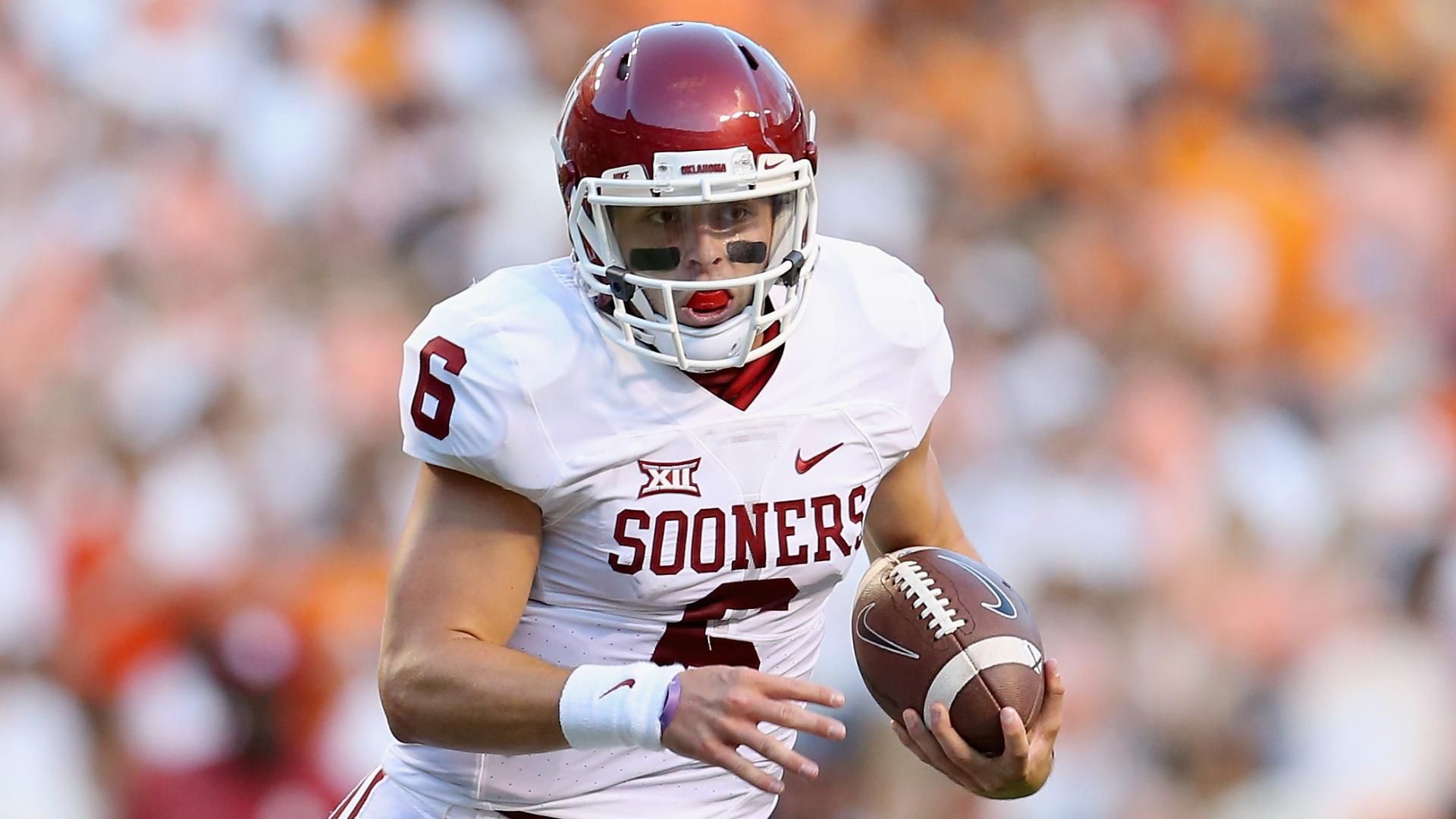