Sooners fueled by 'shots' from 2014 blowout loss to Clemson 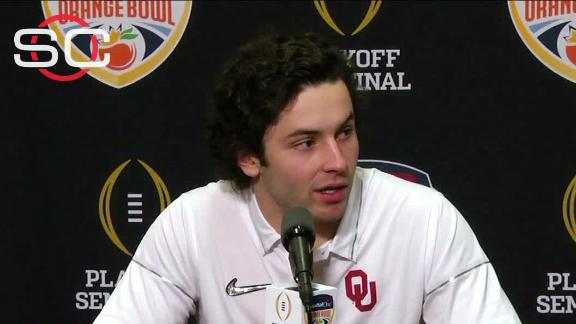 FORT LAUDERDALE, Fla. -- Oklahomais using more than last year's 40-6 loss to Clemsonin the Russell Athletic Bowl as motivation for its rematch against the Tigers in the College Football Playoff Semifinal at the Capital One Orange Bowl.

The Sooners say they've been watching the ESPN broadcast of the game and using the commentators' remarks for motivation, as well.

"There's a lot in that broadcast where they take shots at us," quarterback Baker Mayfield said of ESPN commentators Mike Patrick and Ed Cunningham. "We take that as disrespect. That motivates us."

After an 8-4 regular season, the Sooners fell behind Clemson 40-0 before the end of the third quarter.

"Everything they said was rightfully so," Oklahoma receiver Sterling Shepard said of the broadcast remarks. "They were saying it looks like a bunch of guys that aren't ready to play. To anybody looking at that film, they're going to say the exact the same thing. Yeah, it was disrespectful. But it's something we needed to hear because it was true. It did look like 11 guys out there that did not want to play football.

"We have to constantly remind ourselves of that game."