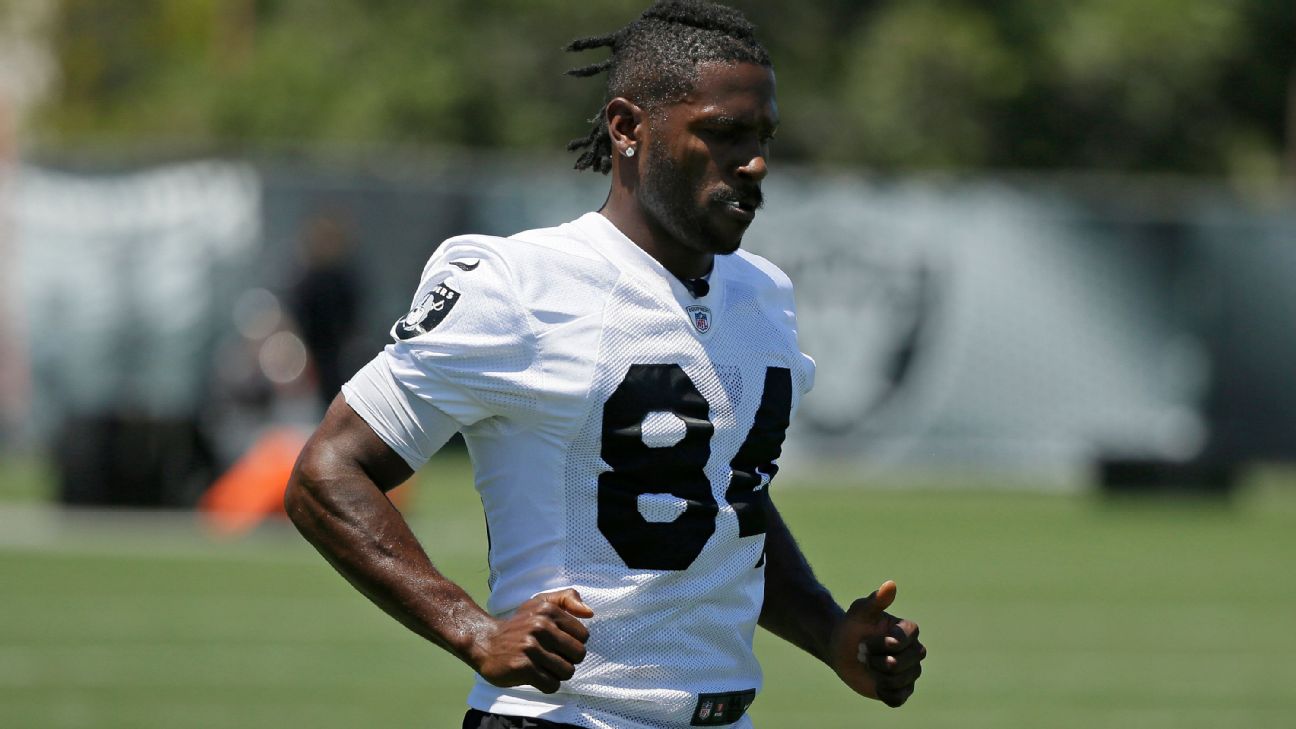 Antonio Brown sought advice from professional social media consultants for ideas on how to accelerate his release from the Oakland Raiders, sources told ESPN.

At least one consultant couldn't tell whether Brown was serious or not, according to sources. Brown's tumultuous tenure with the Raiders officially ended Saturday, when the Pro Bowl receiver was released by Oakland and signed with the New England Patriots.

Brown's social media activity made headlines Wednesday morning when he posted a copy of team-issued fines on Instagram -- a move that led to a heated argument with general manager Mike Mayock later that day at practice.

The Raiders announced Friday that, despite the fallout from his spat with Mayock, Brown was expected to play in their season opener Monday night against the Denver Broncos.

But the Raiders also fined Brown $215,073.53 for conduct detrimental to the team, sources told ESPN, prompting Brown to publicly request his release in another Instagram post Saturday morning. By fining Brown, the Raiders voided the $29.125 million worth of guaranteed money in his deal, according to sources.

Brown officially became a free agent at 4:01 p.m. ET on Saturday and agreed to a deal with New England shortly thereafter. The Patriots had strong interest in Brown earlier this offseason when, according to sources, Bill Belichick was willing to trade New England's first-round draft pick to the Pittsburgh Steelers for Brown.

But Steelers general manager Kevin Colbert wanted at least a first- and second-round pick from the Patriots -- and even then, he was not inclined to trade Brown to their AFC rival and the reigning Super Bowl champions, according to sources.

The Cleveland Browns and Seattle Seahawks also considered attempting to sign Brown on Saturday, according to sources, although the Patriots were always considered the front-runner.

Brown further aggravated his situation in Oakland on Wednesday when, after dominating the Raiders' defensive backs throughout the workout, he informed the team that his hamstring was bothering him and he felt that he needed an MRI, according to league sources.

The Raiders were not pleased that Brown, who looked so good during practice, felt that he needed an MRI on a then-ailing hamstring, according to sources. They felt like he was "trying to pull one over on us," according to one source.

Then, to complicate matters, after the Raiders called Brown on Thursday morning and told him not to come to work, Brown missed a meeting later that night with head coach Jon Gruden, according to sources.

Brown is not eligible to play until Week 2 at the earliest, which means he will miss New England's opener Sunday night against his former team, the Steelers. The Patriots and Raiders do not play this regular season.