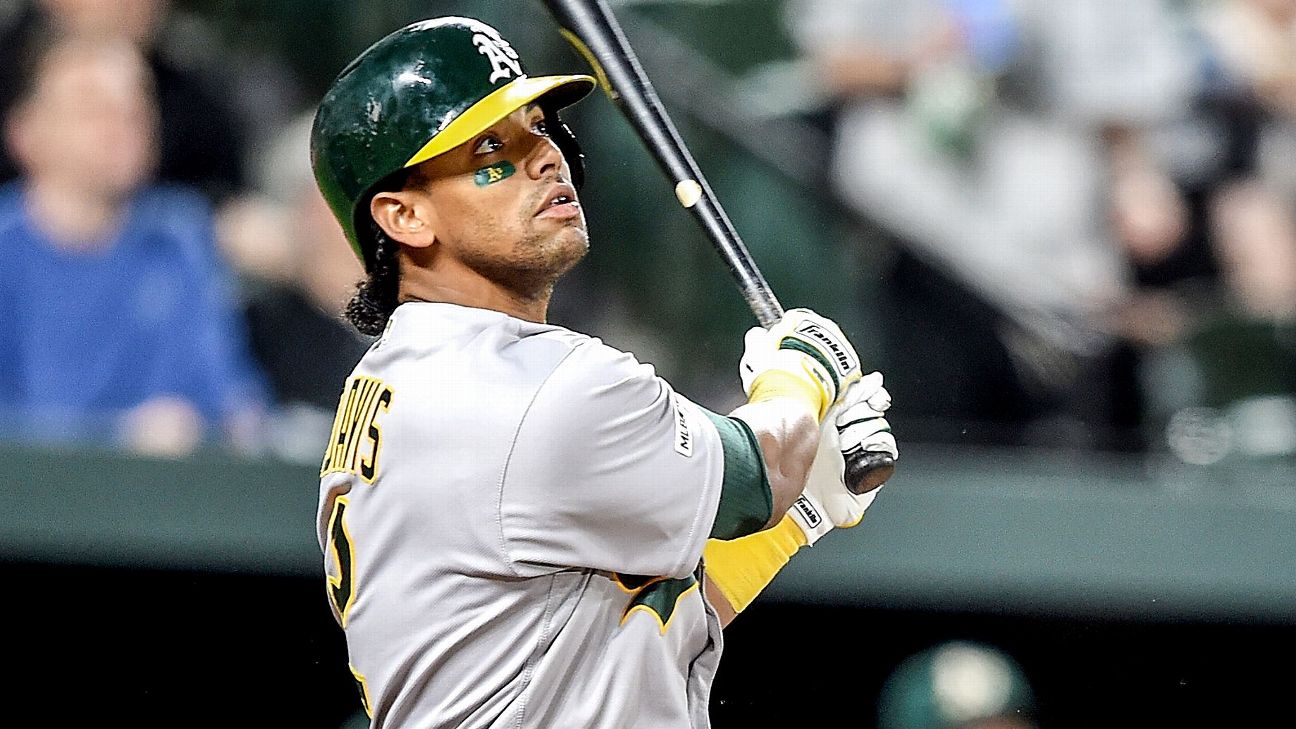 ESPN
Oakland Athletics slugger Khris Davis has signed a two-year extension that will keep him under contract through the 2021 season, the team announced Thursday.

The A's did not disclose financial terms, but sources told ESPN's Jeff Passan that the deal is for $33.5 million.

"Oakland has been a special place for me since I arrived," Davis said in a statement issued by the team. "I love playing here in front of our fans, and my teammates make this feel like a family. I never hid the fact that I wanted to stay in Oakland because that is how I feel and I'm glad that I can continue to call the city of Oakland my baseball home.

"This team has a bright future, and I'm thrilled to be a part of it."

Davis led the majors with 48 home runs last season. He has belted 143 homers since joining Oakland before the 2016 season, the most in the majors over that span.

His three seasons with at least 40 home runs are tied with Mark McGwire and Hall of Famer Jimmie Foxx for the most in A's history.

"Khris is a special talent who has made a tremendous impact both on and off the field during his time here," said Billy Beane, the A's executive vice president of baseball operations. "He's become one of the most beloved players to have worn an A's uniform, and his commitment to Oakland has never wavered. He made it clear from the beginning that he wants to play, and win, right here. We're thrilled Khris will continue to be an A."

Oakland general manager David Forst had said since last season ended that signing Davis long-term was a top priority, but also communicated with the slugger about the need to put other pieces of the roster together first to try to build a consistent contender.

Davis was fine with that. Oakland had Thursday off, and the A's designated hitter was scheduled to hold a news conference Friday at the Coliseum.

"Whatever works best for the organization,'' Davis said in February. "For me personally, I just want to focus on this year. I don't like to get ahead of myself or look back in the past and play in the past. I just try to focus on the now. Whatever comes long-term is going to come. If they want me here long-term they're going to get something done.''