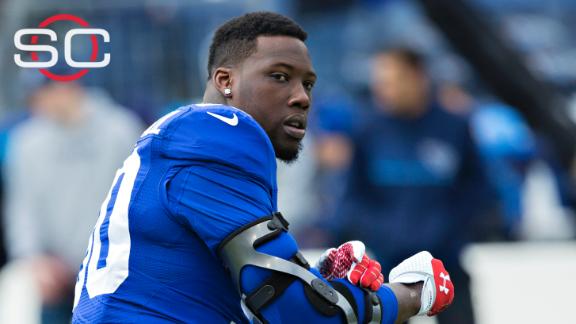 The discussions between the New York Giants and defensive end Jason Pierre-Paul appear to have broken down over differences of opinion on his readiness to play, according to ESPN sources and media reports.

Pierre-Paul suffered injuries to his right hand in a July 4 fireworks accident that required the amputation of his index finger. He underwent a team physicalMonday and met with members of the organization so they could evaluate him medically and made an informed decision about his status. But the two sides parted Tuesday without the player signing his one-year, $14.8 million franchise tender -- a number being applied to the Giants' salary cap even though they don't have the player on the field.

Since 53-man rosters have been submitted, the Giants no longer have the option of placing Pierre-Paul on the non-football injury list and activating him after six games. While they could apply the designation and not be obligated to pay Pierre-Paul his salary, players put on that list at this point are not eligible to return this season.

"Probably not going to happen in the near future," a source involved in the discussions between the player and the team said in a text. "Probably will wait until he gets fully ready."