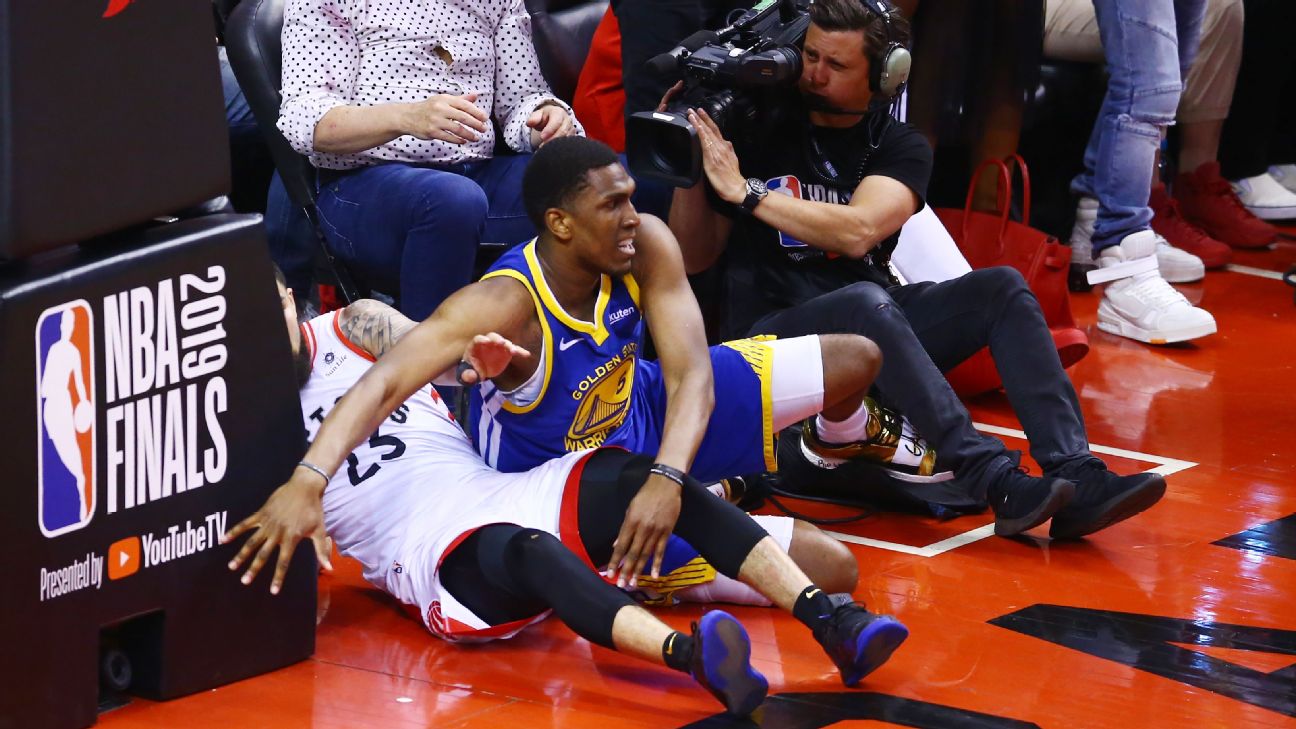 More testing will determine Looney's next steps and whether he does, in fact, make a return to the league's championship round.

Looney was officially listed as questionable on the NBA's injury report Thursday night.

It was initially believed that Looney's injury, which came when he absorbed contact from Toronto Raptors star Kawhi Leonard on a drive in the first half of Game 2, would knock him out for the remainder of the series. In fact, Kerr said as much at his news conference after Golden State's practice Tuesday.

"It's not anything that's going to be a problem long term," Kerr said of Looney's status Tuesday afternoon. "But it's going to keep him out for the rest of the series, which is obviously a big blow for us and for him.

"He's had such a great season, such a great postseason run. Fortunately it won't affect his future, but it's a big loss for us."

The door, though, has been opened to a possible return -- something the injury-riddled Warriors could desperately use as they try to drag themselves to a third straight title, and a fourth in five years. In addition to Looney, the Warriors were without both Klay Thompson -- who sat with a hamstring strain -- and Kevin Durant -- who has been out since Game 5 of the Western Conference semifinals against the Houston Rockets -- for Golden State's 123-109 loss to Toronto in Game 3 Wednesday night.

Thompson is expected to return for Game 4, but Durant has been ruled out for that game.

Looney, who will be an unrestricted free agent this summer, has battled back from hip injuries that derailed the first two years of his pro career to become one of Kerr's most trusted players, as well as a valuable part of Golden State's run to a title last year and to the brink of one this year. The Warriors missed his presence in Game 3 -- particularly on the defensive end, where DeMarcus Cousins struggled after playing his best game in a Golden State uniform in Game 2. 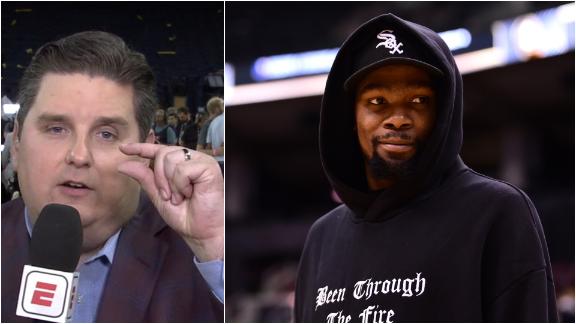