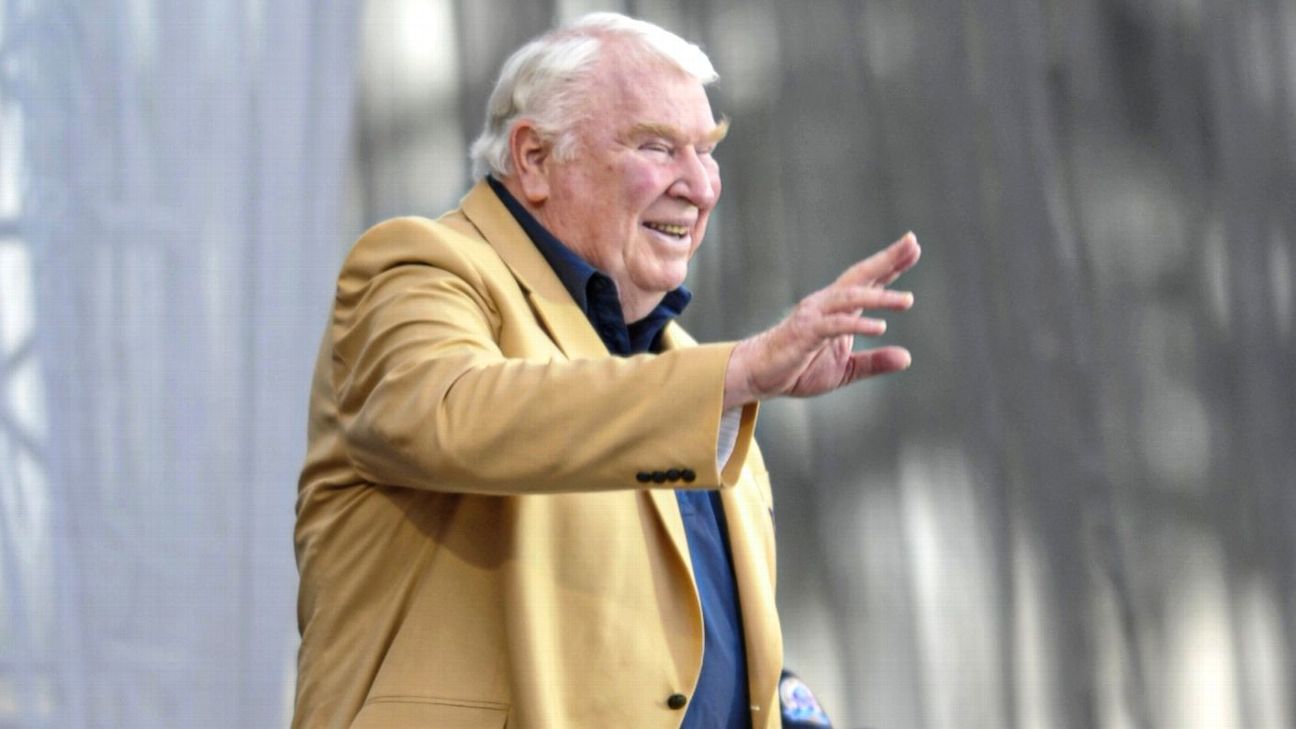 HENDERSON, Nev. -- Pro Football Hall of FamerJohn Madden died Tuesday at the age of 85, leaving behind an influential legacy that stretched from the sidelines as a decadelong coach of the Oakland Raiders to three decades in the broadcast booth to a transcendent video game bearing his name.

Madden, an unknown 32-year-old linebacker coach who was promoted by Al Davis in 1969, was the 1969 AFL coach of the year and led the Raiders through the 1978 season. In 10 years under Madden, the Raiders won seven division titles and Super Bowl XI. His .759 winning percentage (103-32-7) in the regular season is the highest by any coach in NFL history (minimum 100 games). He also was 9-7 in the postseason and was on the sidelines for such seminal games as The Immaculate Reception, The Sea of Hands, Ghost to the Post and The Holy Roller.


Citing burnout, Madden retired from coaching and became a broadcaster known for his demonstrative and everyman calls such as "Boom!" entering the lexicon. He worked with CBS from 1979 to 1994, with Fox until 2002, ABC until 2006 and NBC until 2009.

Younger generations of fans, though, know Madden from the omnipresent video game that bears his name and has sold around 200 million copies since its release in 1988.

Madden was inducted into the Pro Football Hall of Fame in 2006 and was presented by Al Davis.


"He Was A Raider !!!" Raiders owner Mark Davis texted to ESPN.com.

Madden's death elicited responses from the sports world giving their thoughts and tributes: 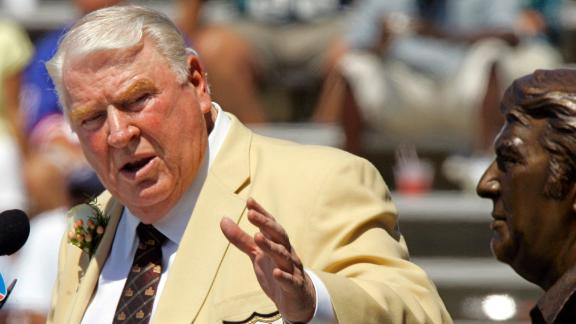 Costas: 'There was no blueprint for being John Madden'
Bob Costas reflects on how John Madden was able to broadcast football while being his true authentic self. 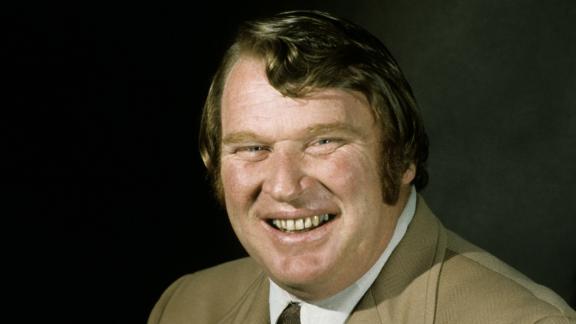