SAN FRANCISCO (KGO) -- Students from a school in San Francisco's Tenderloin neighborhood went to a Giants game Wednesday thanks to the largesse of the owner of Lefty O'Doul's restaurant.

You might say Nick Bovis has adopted the inner city school after a story that touched his heart.

ONLY ON ABC7NEWS.COM: SF kids describe obstacles in Tenderloin

Students from San Francisco City Academy were treated to the game. Most are kids from immigrant families, and for many it's a refuge from the struggles of outside life.
Going to a baseball game is special.

"We're trying to introduce them to another world outside their little area here in the Tenderloin," Lefty O'Doul's restaurant owner Nick Bovis said.

Many have never been to the ballpark.

This was the third year in a row that Bovis has treated the kids to a ballgame.

Bovis has brought Santa and toys to the kids at City Academy on Christmas for the past six years. He was inspired ABC7 News aired a story about the school and some heartbreaking journals the kids wrote about the challenges in their young lives.

Kids from City Academy in Tenderloin walking to ATT Ball Park. Most never been to a game before. Tickets courtesy of Nick Bovis of Lefty O’Doul’s Restaurant. pic.twitter.com/klq7FmW9a5

"My mom and dad were on drugs. When I was little, I was homeless. I was poor," one of the journal entries read.

Bovis has been generous with his time and resources.

"When you see that little spark in their eyes, it just motivates you to help out and do this again so," he said.

The kids walked from the Tenderloin to AT&T Park, escorted by teachers and police. 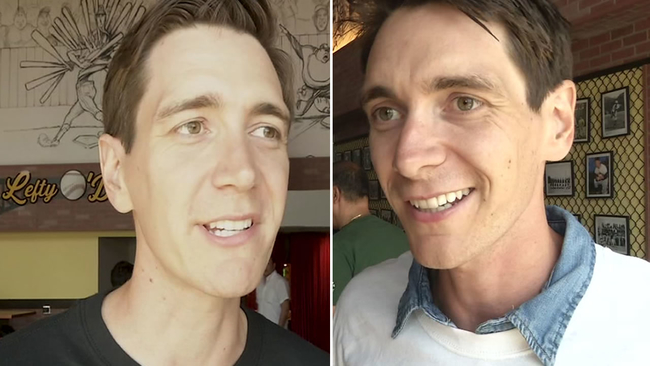