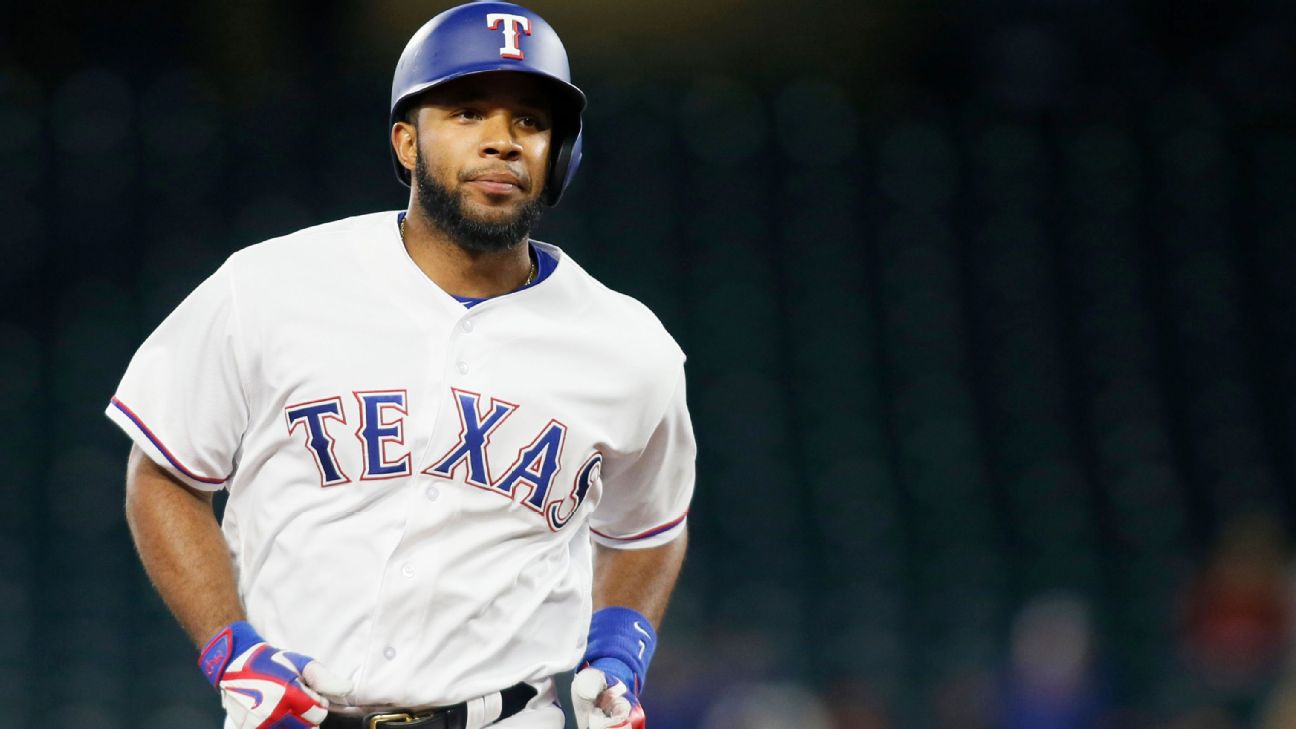 Veteran infielder Elvis Andrus was traded to the Oakland Athletics on Saturday, just over two months after the Texas Rangers said the only player remaining from their only two World Series appearances would no longer be the starting shortstop after 12 seasons in that role.

Also Saturday, the Athletics agreed to a one-year, $3.5 million contract to bring back right-handerMike Fiers, who went 6-3 with a 4.58 ERA last season, according to multiple reports.

"At the beginning it was a little shock but at the same time I understood what was going on in our (Texas) organization, they're rebuilding and that process," Andrus said. "When I found out, the opportunity playing for Oakland opened up, it makes sense for me for my career, for where I'm at right now."

The AL West champion A's, who made the playoffs in each of the last three seasons, recently lost shortstop Marcus Semien to Toronto in free agency.

"Elvis will fit in very well with our infielders. He has a passion for defense as do our other guys," Oakland manager Bob Melvin said via text message. "I've seen his leadership qualities from the opposing dugout for 10 years now."

Rangers president Jon Daniels said the deal had been discussed earlier in the winter, and conversations picked up in the past week. Daniels spoke Thursday night with Andrus, who could have vetoed any trade.


"From a career standpoint, I think he understood it right away," Daniels said. "This is an opportunity for him to play shortstop ... and (he) is very confident in his abilities to do that for a very good club."

The Rangers, whose only World Series appearances came in 2010 and 2011, said in December that Gold Glove-winning third baseman Isiah Kiner-Falefa, who will be 26 when the season opens, would be given the opportunity to be their top shortstop. Andrus was told then to prepare to play all infield positions.

When Andrus made his MLB debut in 2009 at age 20, the Rangers moved Michael Young -- then 32 himself -- to third base after he had been an All-Star shortstop the previous five seasons. Young is still the team's career leader and Andrus is second on the list for games played, at-bats and triples. Young is also the career leader for hits and runs, with Andrus third in both those categories.

Andrus has a .274 career batting average, and the two-time All-Star is the only MLB player with at least 10 seasons of 145 games or more since his debut. But he hit .194 last season when limited to 29 games because of lingering lower back issues, and said he isn't sure people realized how difficult it was to play through that.

"I was really hurt, I wasn't physically ready," he said. "Last year took a lot of me. I think the team didn't like what they saw and kind of didn't understand me a little bit. At the end I think it's something that you cannot control as a player. They have a different direction than where I'm at right now."

"Khris has been a popular favorite of everyone here in Oakland, including mine," Melvin said. "We wish him the best in his new baseball chapter."

Heim, a 25-year-old switch-hitter, made his major league debut with the A's in 2020, hitting .211 with five RBIs in 13 games. Acker was the A's fourth-round selection out of Oklahoma in the shortened MLB draft last summer.

Garcia, acquired from San Francisco on a waiver claim in November, missed all of the 2020 season while recovering from surgery on his right hip labrum.

The Rangers were an AL-worst 22-38 last season, and turned their focus to younger players. They had three 22-year-old rookies in the starting lineup on the final day of the season, a decade after the team's first World Series when Andrus was the youngster. 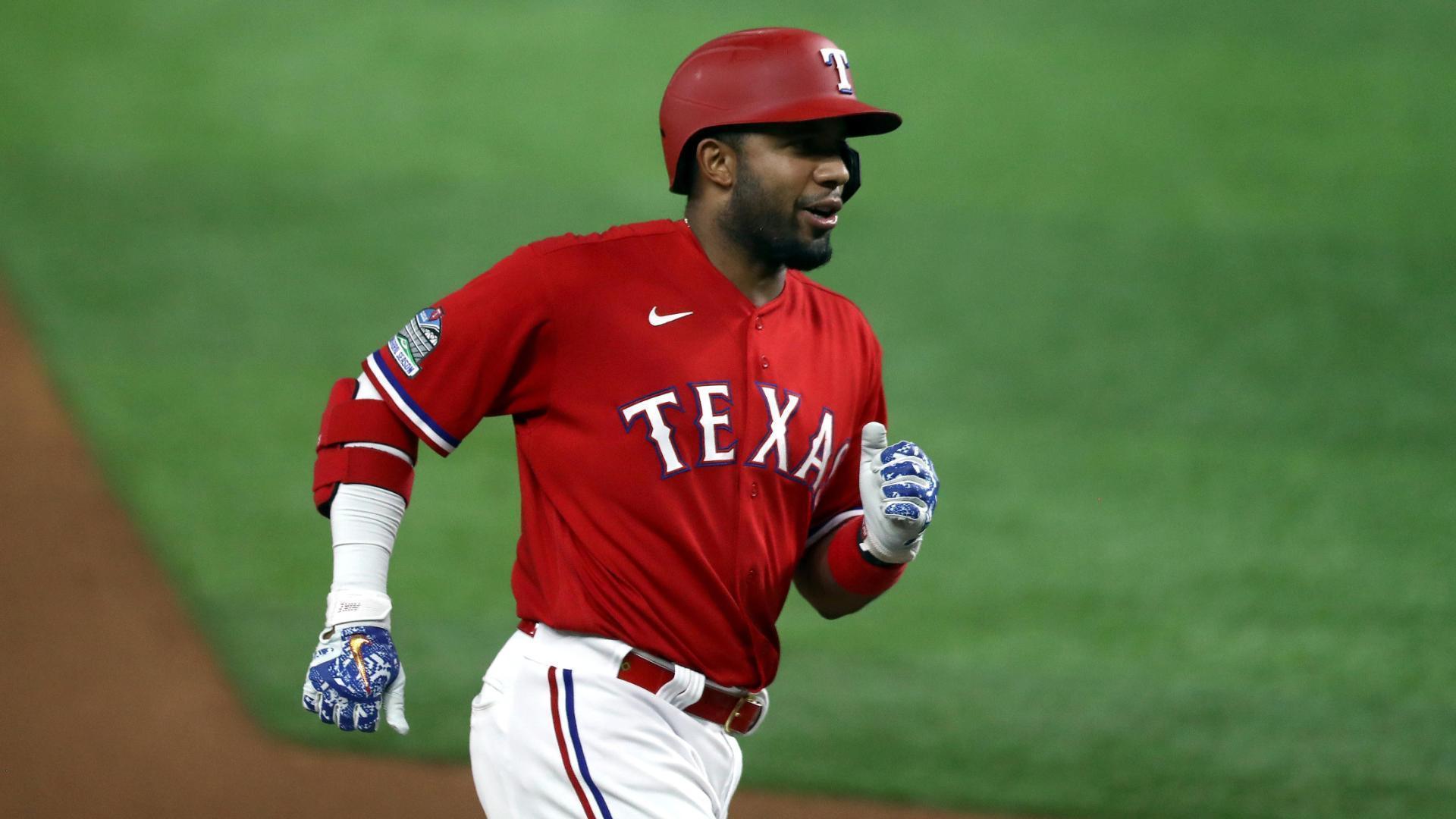 Can Andrus bounce back in Oakland after a rough 2020?
David Schoenfield tries to make sense of the A's shaking things up at shortstop in a trade headlined by Elvis Andrus and Khris Davis. 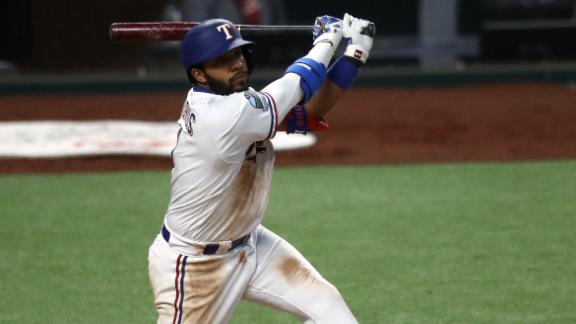