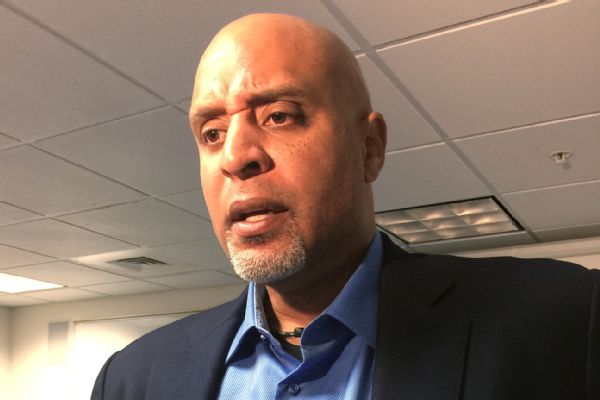 Tony Clark heads a union that has spent its entire history opposing salary caps, but he told ESPN.com on Friday that he doesn't believe baseball's players' union abandoned that principle when it agreed to a hard cap on international signings in the sport's new collective bargaining agreement.

"This does not change the philosophy of this organization as it relates to caps," Clark, the executive director of the Major League Baseball Players Association said Friday during a wide-ranging interview on the day the new labor deal was announced.

So how did baseball emerge from these negotiations with a system in which all 30 teams will work with a strict total signing pool of about $5 million a year per club, a pool that teams are not permitted to exceed for any reason? It turns out that the disparity between the dollars being spent on foreign-born players versus American-born amateur players had a lot to do with it.

Just five months ago, a 17-year-old Cuban pitcher, Adrian Morejon, signed a contract with the San Diego Padres that guaranteed him $11 million. Meanwhile, less than two weeks earlier, the top pick in the June draft of American players, 18-year-old outfielder Mickey Moniak, signed with the Philadelphia Phillies for a little more than half that amount, at $6.1 million.

The year before, the Boston Red Sox handed out a $31.5 million signing bonus to 19-year-old Cuban infielder Yoan Moncada. To put that in perspective, under the new rules, the international signing pools for an entire division won't add up to $31.5 million.

Those challenges took into account geography, history, culture, politics and the disparity between the dollars that foreign-born players were signing for as opposed to those of amateur American-born players, he said. So the players wound up settling on a system they believed balanced as many of those factors as possible.

"We spent a lot of time with players going through this one," Clark said. "And where we landed, we believe, protects all of those pieces."

Clark discussed a number of other issues raised by the labor agreement that was agreed to Wednesday night. Among those issues: