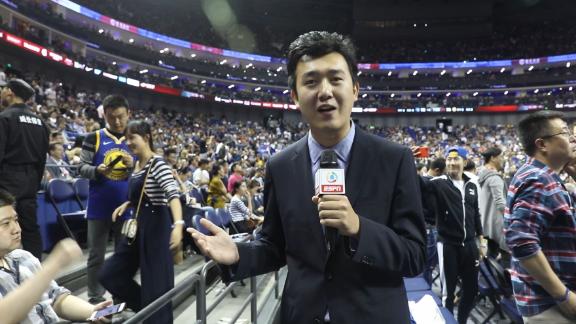 SHANGHAI -- Tom Thibodeau saw the basketball seeds of promise being planted in China long before most of his colleagues.

The basketball lifer, and a former assistant coach with the Houston Rockets from 2003-2007, spent several years making the long flights back and forth from the United States to Beijing or Shanghai in order to train Yao Ming. At that time, the promising young center was forging an NBA career with the Rockets, while doubling as both a cultural icon and focal point of the Chinese National team.

The notoriously hard-charging Thibodeau bonded with the Chinese giant over a work ethic that would help propel Yao to the Basketball Hall of Fame and Thibodeau to two different head-coaching positions a decade later, first with the Chicago Bullsandnow with the Minnesota Timberwolves. The more time Thibodeau spent in China watching Yao, the more he realized just how big the game of basketball was becoming in a country of 1.3 billion people.

"It was great for me to come over here with Yao and to watch him work with the national team," Thibodeau said recently while in China with his Wolves. "Just to give you an idea of the type of guy that Yao is, that was very important to him.

"He grew up playing with those guys. You could tell right away when I saw how he interacted with them and they with him, you knew it was important ... And then you can see how much the game was growing here."

"Wherever he went, it was crazy," Thibodeau continued. "You had everyone watching his games in the middle of the night. It's great. And it never got old for him; he handled it with so much class. And the thing that I really admire him for is he's still doing great things here. He's heavily involved with a number of causes. He's now the commissioner of the Chinese Basketball [Association]. He's involved in education. He's doing a lot of things."

The tone that Yao set, and continues to help mold in his role as the head of the CBA, has only grown since Thibodeau started making the trek back and forth to China. The popularity of the game has increased even more within the country, as evidenced by the reception the Golden State Warriors received during their weeklong visit through Shenzhen and Shanghai during the NBA's Global Games against the Timberwolves last week. Warriors players were greeted by throngs of screaming fans any time they would leave their hotel. Young fans chased after NBA commissioner Adam Silver in search of a picture or an autograph as he shuffled his way through Shanghai toward another meeting,in search of a picture or an autograph. Basketball is the No. 1 team sport in China, with 300 million people playing the game, according to Yao's CBA.

While the popularity of the league appears to be reaching larger levels within the States, the engagement with the Chinese audience is higher than ever for a sport that continues to grow more each year worldwide. More than 750 million people watched NBA programming on TV in China last season, according to the league, and the NBA has over 136 million followers on social media in China, the most followed sports league in the country.

"I think it's very meaningful for us to play games here, even though it's a very small part of our business," Silver said. "Increasingly this is a media business, and no different than in the United States, where only a very small portion of our fans ever get to step foot in an NBA arena and see NBA players and a game in person. But at the same time, I think being here, as our teams have been in the country for essentially a week, it's an opportunity not just to play two games but to work on NBA Cares projects, to work throughout the communities, to participate in clinics."

"It also gives our players a much better sense of what China is all about. They also, in addition to their basketball activities, get to see the sights. They walk on the streets and eat in the restaurants and shop. For such an important market for the NBA, it really gives our players and our teams a much better feel of this country. While the main growth in the business is going to come through media, I still think it's very important that we have a presence here and that we continue to play games every season."

Silver proudly reminded the media that Sunday's game between the Warriors and Timberwolves was the league's 24th contest to date in China. What had to make league officials even prouder as they looked around during the week -- Curry has sold the most jerseys in the country, with LeBron James in second -- is just how much NBA gear Chinese fans wore at events and just how much knowledge fans had about the game.

Warriors All-Star Draymond Green aptly called it "an unfiltered love" from the Chinese faithful, noting that he would always remember a fan crying after he signed an autograph for the fan before Sunday's game.

"Just how passionate the Chinese fans are for the NBA and for our team, in particular," Warriors coach Steve Kerr said, echoing the sentiments of many, while describing what he noticed throughout the trip. "It's great to see. You read about fans really enjoying the NBA. You read about the ratings and all that stuff, but to actually experience it and see the passion, see the joy thatSteph [Curry] and Klay [Thompson]and all these guys bring to fans, it's amazing.

The NBA knows it's not ideal to fly two of its teams thousands of miles away in the middle of training camp, but there's a reason Silver was steadfast in saying that the league would continue bringing games back to China when the opportunity arises. There's a lot of money to be made when a league can carve out a niche within an audience of 1.3 billion. With the NBA riding the high that comes with record-setting television deals with ESPN and Turner in the U.S., it's banking on the assumption that more growth within China will have an even larger impact on the bottom line over time.

That's why the league opened three NBA Academies in the country last year and is on track to open its first NBA Basketball School there in 2019. Asian media power Tencent, who has a partnership with ESPN, launched NBA League Pass in China for the first time last season.

"Our business strategy is continue to do the things that we've been doing," Silver said. "I was asked earlier what the secret to our success is, and I said I don't think there is any secret, other than longevity. I said so much credit goes to [previous commissioner] David Stern for his initial vision to move the NBA into China before other sports leagues were seen on television here.

"The idea is just to continue executing on the ground. We have David Shoemaker here, who is the CEO of NBA China. He has roughly 175 people who work for him, mainly here in Shanghai and in Beijing. We do very much similar things that we do in the United States. We work grass-roots with young people. We work with marketing partners. We work with merchandisers. But it's just to keep trying to convince one consumer at a time to enjoy NBA basketball."

Is it time for China to host a regular season NBA game?
The growth of the NBA in China has been huge since the league entered in the late 90's. In 2004, the first NBA China Games took place, and has gotten bigger and bigger each year.

Touring China with JaVale McGee
Follow Warriors center JaVale McGee as he gets a tour of Shanghai with ESPN China's Michael Yuan. 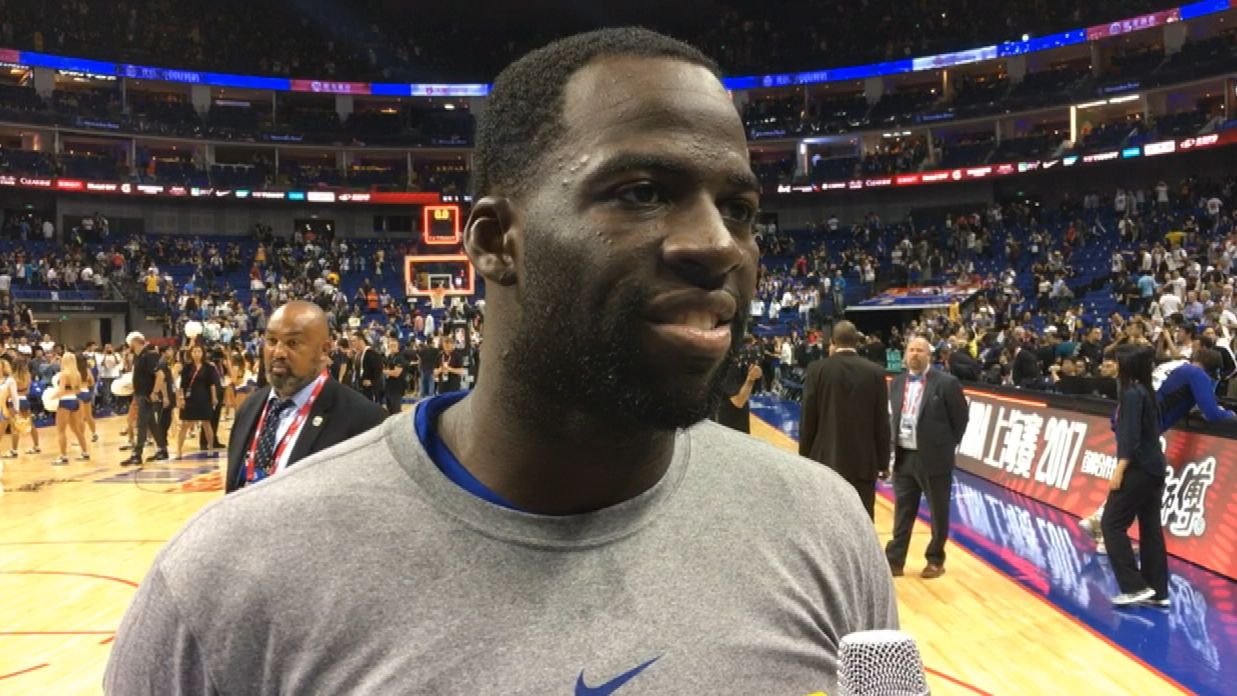