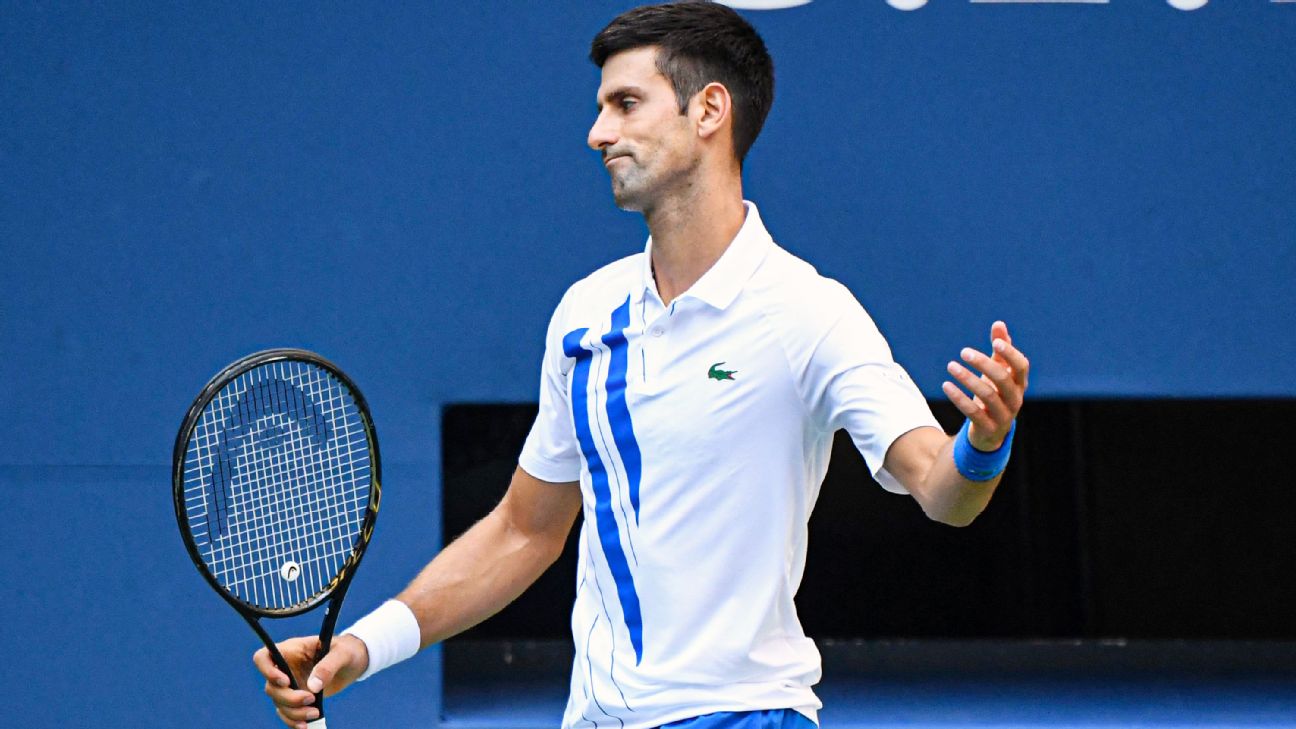 On Sunday, Novak Djokovic, the top-ranked men's player at the US Open, was defaulted from his fourth-round match after hitting a ball that struck a line judge.

The match's umpire and officials conferred and ruled to default Djokovic, essentially ejecting him from the tournament. The United States Tennis Association said that it's justified by the rule book,"in accordance with the Grand Slam rulebook, following his actions of intentionally hitting a ball dangerously or recklessly within the court or hitting a ball with negligent disregard of the consequences."


Despite what seemed like no malicious intent, Djokovic is out, leaving a tournament already missingRoger Federer and Rafael Nadal, wide open. There are two other fairly recent examples of similar rulings in tennis events, according to the Associated Press. In 2017,Denis Shapovalov was defaulted from a Davis Cup match when he accidentally hit the chair umpire in the face with a ball. At Wimbledon in 1995, Tim Henmanhit a ball into the head of a ball girl and was defaulted from a doubles match.

Here are some other occasions when refs and rule-breaking changed a championship.

1968 Masters: It appeared Roberto De Vicenzo would meet Bob Goalby in an 18-hole playoff after finishing tied at the 1968 Masters. However, De Vicenzo's playing partner marked an incorrect, one-stroke-higher score for a hole. De Vicenzo did not catch the error and signed his scorecard. The rule states a golfer has to take the higher score. Goalby won the Masters, his only major title, by that one-stroke mistake.

1985 World Series, Game 7: TheSt. Louis Cardinals' Joaquin Andujar was the last player to be ejected from a World Series while actively playing in the game.Andujar was ejected by plate umpire Don Denkinger, one pitch after Cards manager Whitey Herzog was ejected for arguing balls and strikes. Andujar charged Denkinger and bumped him before being restrained by teammates. The game was out of hand, with theKansas City Royalsup big, when both Herzog and Andujar were ejected, so this was more frustration and didn't affect the final results.

2006 World Cup: In extra time, France's Zinedine Zidane, after being provoked by Italy's Marco Materazzi, head-butted Materazzi. Zidane received a red card and was sent off. Zidane was one of the French team's top scorers, and he wasn't available when the match went to penalty kicks. Italy would win 5-3 in penalty kicks.

2009 US Open Women's semifinal: In the match againstKim Clijsters, Serena Williamswas assessed a foot fault penalty. Then Williams subsequently argued the call and was given a point penalty. Without a point to give, Williams lost the match, and Clijsters would win the US Open.


2010 World Cup final: In the first period of extra time (109th minute), John Heitinga of the Netherlands received his second yellow card of the match for a slide tackle on Spain's Andres Iniesta, calling for an ejection. Iniesta would go on to score the match-deciding goal just seven minutes later, giving Spain its first World Cup title.

2011 Stanley Cup Final, Game 3: The game had been in action for just over five minutes whenVancouver Canucks defenseman Aaron RomecheckedNathan Horton of the Boston Bruinsin the head after he had already dished the puck, sending Horton crashing to the ice. Horton was taken off the ice on a stretcher and diagnosed with a concussion. In addition to being penalized and ejected, Rome was suspended for the remaining four games of the series. Following Rome's ejection, the Canucks were outscored 21-4 the rest of the series, which Boston won 4-3.

2013 Federated Auto Parts 400: This was the final race leading into the Chase for the Sprint Cup. Three teams (Michael Waltrip Racing, Penske Racing and Front Row Motorsports) had attempted to manipulate the finish of the race as well as Chase positions. As a result, Michael Waltrip Racing was fined $300,000, the largest fine a team had received in NASCAR history. Additionally,Clint Bowyer and Martin Truex Jr.were docked 50 driver points, removing them from wild-card position.

2016 NBA Finals, Game 4:Golden State Warriors forward Draymond Greenhad already racked up three flagrant fouls in the playoffs. Toward the end of Game 4 against theCleveland Cavaliers, Green became angry with LeBron James, whostepped over Green while he was on the floor. Green swung his arm and appeared to make contact with James' groin. The following day, Green received his fourth flagrant foul and was suspended for Game 5, becoming the first player to be suspended from the NBA Finals since 2006. Green also was Golden State's top defender, and with him out, James and Cavs point guardKyrie Irvingcombined to score 82 points. This allowed Cleveland to pull closer at 3-2 in the series, before winning the title in seven games.

2020 College Football Playoff National Championship game: In a controversial ruling, Clemson linebackerJames Skalskiwas ejected in the third quarter of the title matchup because of a targeting hit on LSU wide receiverJustin Jefferson. Trailing 28-25 at the time, Clemson's offense couldn't help a defense without its second-leading tackler. LSU would score the next 14 points to win 42-25.

Research from ESPN Stats and Information contributed to this story. 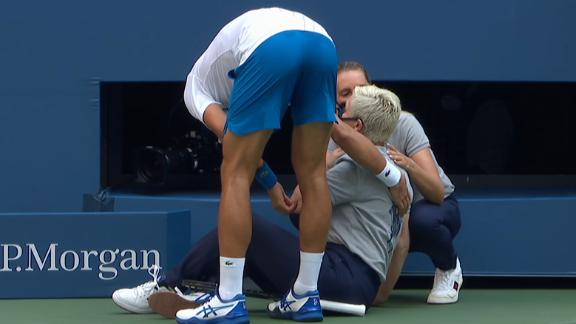