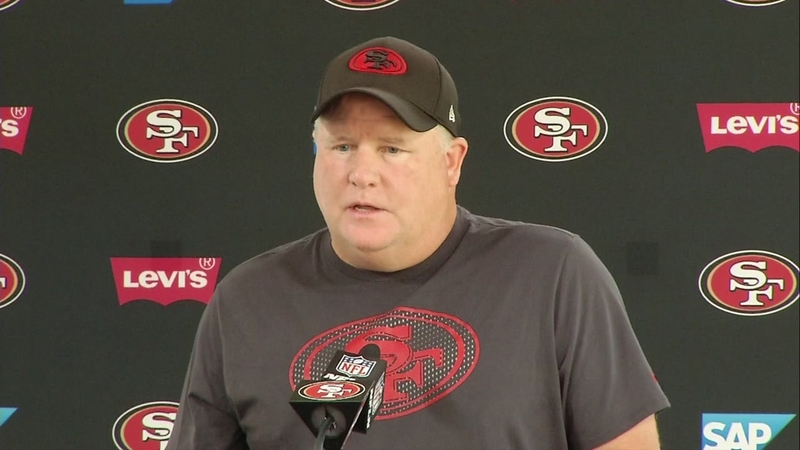 SANTA CLARA, Calif. (KGO) -- San Francisco 49ers head coach Chip Kelly spoke to the media Tuesday out about the 49ers and Chargers game. He also touched on how Colin Kaepernick's anthem protest is not distracting the team.

"They're focused on the 2016 season and what good a team the San Francisco 49ers can be and like we said all along, we recognize his right to express his feelings, but that doesn't affect what we do when we get here at 8:15 a.m., until we leave here at 8:00 p.m. We're all about preparing for the Chargers game obviously this Thursday and then more importantly for the Rams when the this season opens up Monday night," Kelly said.

Injury update: Quinton Dial is out Thursday vs the Chargers. #SFvsSD

Chip Kelly: We planned on having all four QBs for the Chargers game. We have two more days of training and we’ll go from there. #SFvsSD

Chip Kelly: We’re all about preparing for the Chargers game Thursday and more importantly the Rams on MNF.