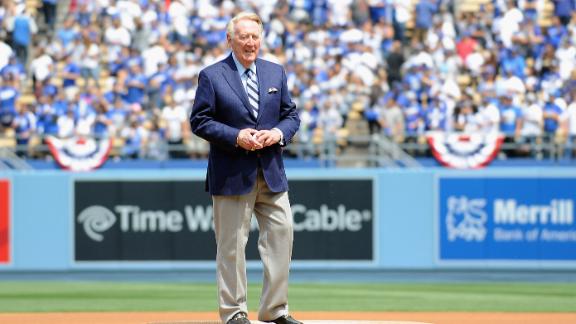 LOS ANGELES -- The Dodgers announced Tuesday night that Hall of Fame broadcaster Vin Scully will return for his 66th season in 2015.

The team broke the news on the videoboard and in its TV broadcast during the second inning of its game against the Atlanta Braves. In the bit, broadcaster Alanna Rizzo said she had some breaking news and introduced pitcher Hyun-Jin Ryu, who made the announcement in Korean.

Then outfielder Yasiel Puig translated it into Spanish before going to infielder Justin Turner, who finally announced it in English.

On the screen, Dodgers players began wildly celebrating, and at the stadium, the large crowd on Vin Scully Talking Microphone Night roared its approval.

The Dodgers then showed Scully, 86, acknowledging the crowd from the broadcast booth and holding his hand over his heart.

Scully began broadcasting Dodgers games in 1950 and took over as the team's primary play-by-play man when Red Barber went to work for the New York Yankees in 1953. Scully accompanied the Dodgers to Los Angeles before the 1958 season. He was elected to the Hall of Fame in 1982.

"It is very difficult to say goodbye," Scully said in a statement. "God willing, I will be back next year. Over the years, I have been blessed to have so many friends, including those that sit in the stands and listen as well as those at home, who listen and watch. It is just too hard to say goodbye to all these friends. Naturally, there will come a time when I will have to say goodbye, but I've soul-searched, and this is not the time."

The team announced that Scully will continue to call all nine innings of the team's TV broadcasts on Time Warner Cable's SportsNet LA, with the first three innings of each game also simulcast on radio.

SportsNetLA is available in only about 30 percent of Southern California households because of a dispute between Time Warner cable and other providers, such as DirecTV.

"I'm obviously not alone in saying that I'm overjoyed Vin will be coming back to the booth in 2015," Dodger president Stan Kasten said in a statement. "Our fans deserve the very best, and Vin's voice, knowledge, experience and passion for broadcasting Dodger baseball are second to none." 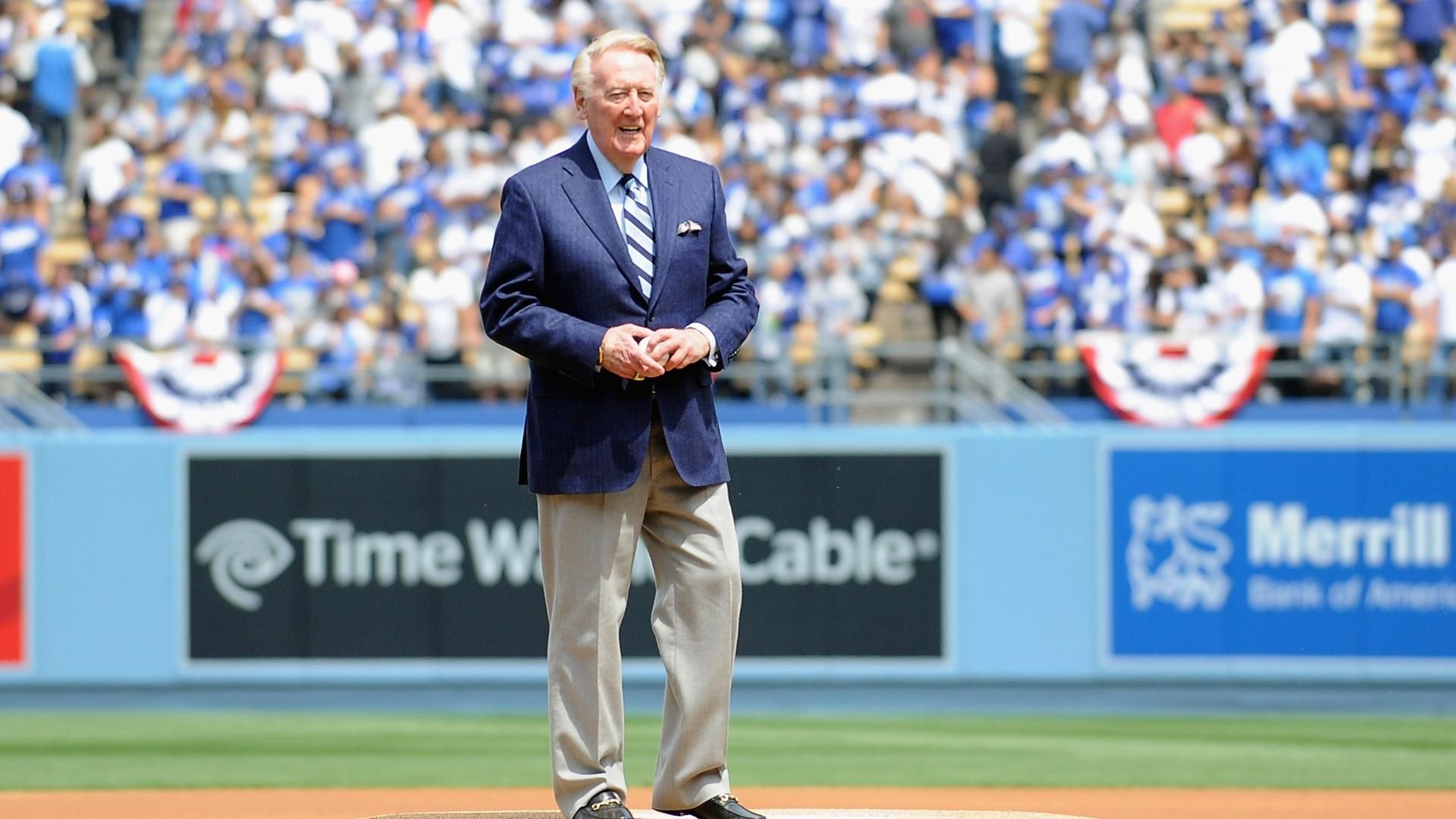