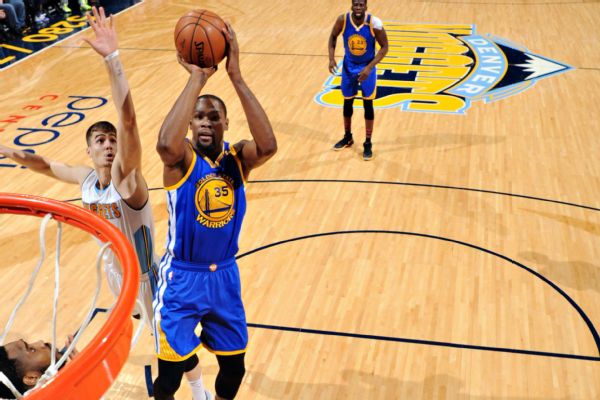 The Golden State Warriors have targeted Saturday night's home game against the New Orleans Pelicans as the return date for Kevin Durant provided that the All-Star forward experiences no setbacks in the final stages of his recovery from a sprained left knee, league sources told ESPN.

Sources told ESPN on Monday that Durant's excellent progress since suffering a sprained MCL and bruised tibia at Washington on Feb. 28 has him on course to play in Golden State's final three regular-season games.

ESPN reported last week that the Warriors' final three home dates -- Saturday against New Orleans, April 10 against Utah and April 12 against the Los Angeles Lakers -- had emerged as the most likely window for Durant's return to the lineup.

Warriors coach Steve Kerr confirmed Sunday that Durant was definitely out for Golden State's first two games this week: Tuesday's home date with Minnesota and Wednesday's visit to Phoenix. The team is expected to issue an official update on Durant's status sometime after those two games.

"Hopefully we can get him in for a couple of regular-season games," Kerr told reporters Sunday while also confirming that Durant will play under a minutes restriction when he comes back after missing the past 17 games. "We'll see how it goes. We'll see what the training staff says. I'm not too worried about incorporating him because he's been with us all season and fit right in from the beginning. So whenever he gets back, we'll plug him back in there and watch his minutes."

"That's the main thing," Kerr added, "just watching him physically. I'm not worried about incorporating him into our schemes and all that stuff."

Durant will be in Golden State's starting lineup when he is ready to play, Kerr said.

Durant, 28, has begun to play in 3-on-3 and 4-on-4 contact situations with teammates in addition to his individual workouts since the club announced Wednesday that he has "made very good progress" in his recovery. 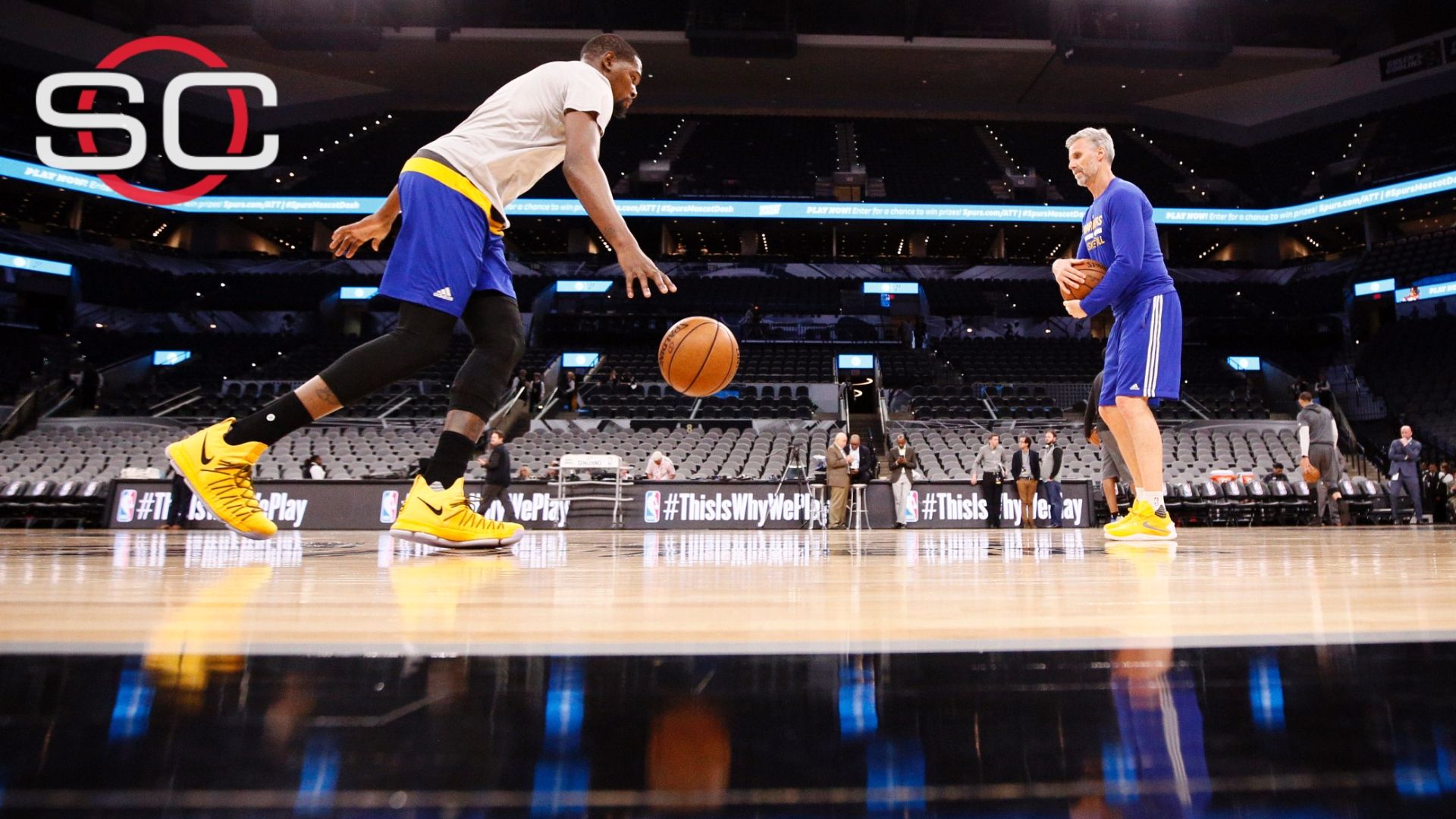