Warriors get delay of game after Young gets ring 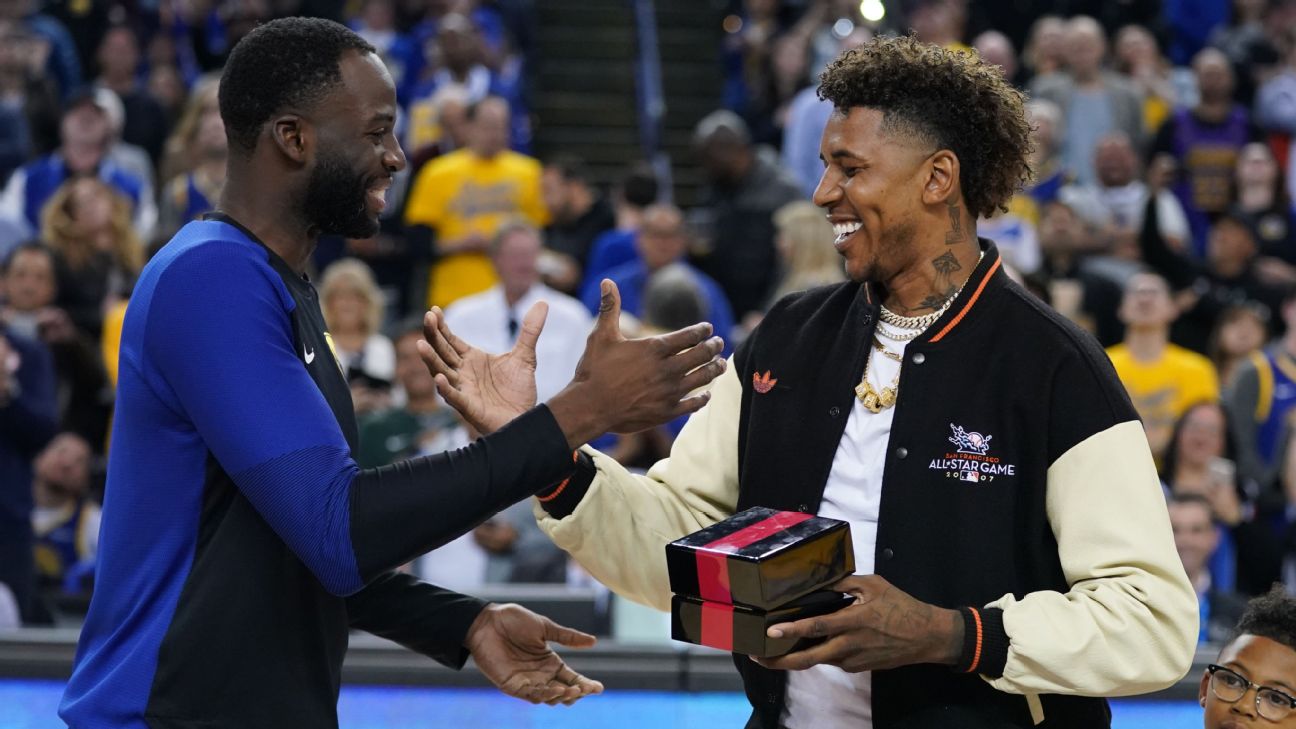 ESPN
By Nick Friedell
OAKLAND, Calif. -- Nick Young smiled from ear to ear when he received his championship ring for the Golden State Warriors' 2017-18 title run in his return to Oracle Arena on Friday. But after the pregame presentation, it was his former teammates and coaches who got a chuckle.

Referee Ken Mauer assessed the Warriors a delay of game warning before tipoff for taking too long with the ceremony. Young spent extra time laughing and joking with teammates and waving to the crowd.

"Very fitting to get a delay of game giving a ring to Nick," said Warriors forward Draymond Green, who presented Young with the ring, after Friday's 120-114 win over the Cleveland Cavaliers. "He actually caused it doing all his little waving and stuff. But it was great. I'm really close to Nick. To play with him that year was amazing. I wish he was back.

"But that was a good moment, and obviously Nick's been through a lot in his career, and for him to get that ring meant a lot to me for him. So I was thankful to be the guy presenting to him. I'm happy he was able to make it here to get the ring because that's something special that nobody can take away from him."

Before the game, Young admitted to being a little nervous that Green would try to mess with him during the presentation, but once Young received the ring, he smiled as his son, Nick Jr., stood next to him. After a short video tribute, Young waved to the crowd and accepted congratulations from players on the Warriors bench as he continued to wave and smile at fans.

Warriors star Stephen Curry said he was "surprised" the team was assessed the warning from Mauer.

"The last two years, we've had probably five or six of those celebrations, and it usually spills over," Curry said. "I wish he would have just given it to Nick Young because he was taking his sweet time, for sure, as he should have. But probably more just entertainment for everybody, [Mauer] trying to get the game started. But we did take a long time, for sure."

Young seemed to be enjoying the moment, telling reporters before the game that he was happy to be spending time with his kids in his year away from the game. He said he would be interested in coming back to the NBA if a team on the West Coast called and he could stay close to his family.

In the meantime, Young said he has a TV show coming out soon called "Swaggy's World."

Young also said he was hopeful that LeBron James would give him a call to play a role in the upcoming movie "Space Jam 2."

"You've got to have Swaggy in Space Jam," Young said. "If you want to sell tickets, you got to have me. I could give them swag once they get their powers taken. They could come to me, I could be, like, a sorcerer of swag, and I could, like, hand it out to them, give them hope" 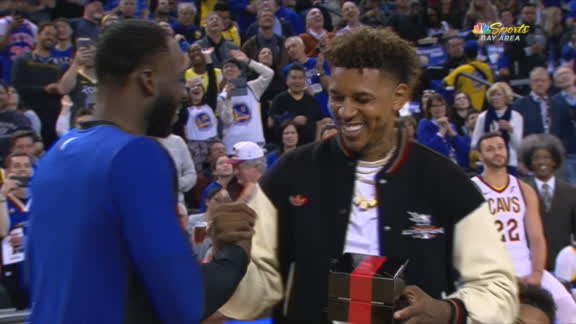