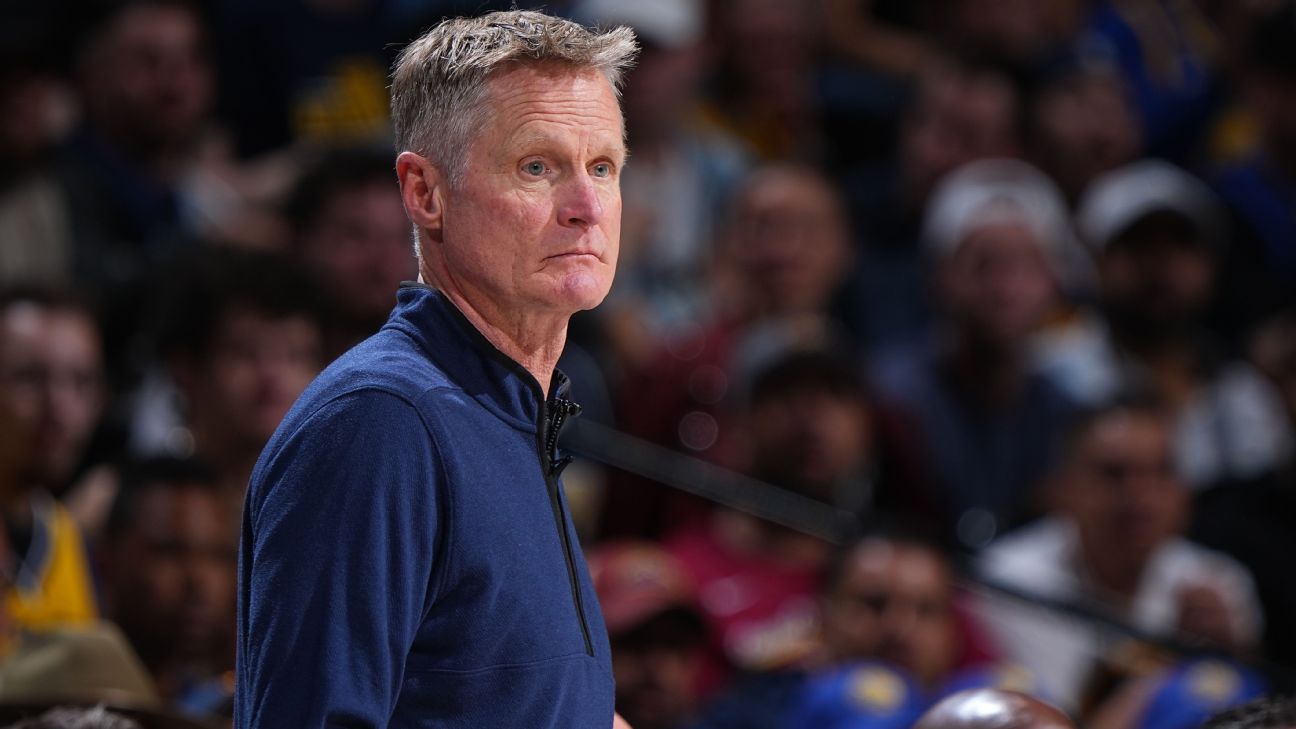 DALLAS -- Golden State Warriors coach Steve Kerr did not want to talk about basketball in his pregame news conference heading into Game 4 of the Western Conference finals against the Dallas Mavericks on Tuesday night.


"Since we left shootaround, 14 children were killed, 400 miles from here. And a teacher," Kerr said, referring to the mass shooting that occurred at Robb Elementary School in Uvalde, Texas, earlier Tuesday.

The death toll has since risen to at least 19 children and two adults, according to a spokesman for the Texas Department of Public Safety. The 18-year-old suspect, a student at Uvalde High School who entered the elementary school with a handgun and possibly a rifle, is also dead, Texas Gov. Greg Abbott said.

It was not immediately clear how many people were wounded, but the school district's police chief, Pete Arredondo, said there were "several injuries.''

"When are we going to do something?" Kerr yelled, slamming his fists on the table. "I'm tired. I am so tired of getting up here and offering condolences to the devastated families that are out there. I am so tired of the, excuse, I am sorry, I am tired of the moments of silence. Enough!"

Kerr has long been outspoken against gun violence. His father was shot dead in a terrorist attack in Beirut in 1984, and he has spent much of his professional life calling for gun law reform.

On numerous occasions, including Tuesday, Kerr has pointed to H.R.8, a bill that would tighten background check rules for firearm transfers among private parties. That bill passed in the U.S. House of Representatives in early 2021, but it never got to the Senate floor.

As he looked into the camera, he continued, "So I ask you: [Senate Minority Leader] Mitch McConnell, I ask all of you senators who refuse to do anything about the violence and school shootings and supermarket shootings. I ask you: Are you going to put your own desire for power ahead of the lives of our children and our elderly and our churchgoers? Because that's what it looks like. It's what we do every week."

Kerr knew there was a basketball game to be played Tuesday -- and a big one at that, with the Warriors having an opportunity to close out their series against the Mavericks and advance to the NBA Finals. But he urged anyone watching to keep their mind on the victims.


"We will truly play with heavy hearts tonight for the community, for the school of Robb Elementary School," Kidd said. "As coaches, as fathers, we have kids, people in this room have kids, elementary school; you can just think about what could take place with any of your family or friends at a school."

Warriors star Stephen Curry said the shooting was on everyone's mind coming into the game, which the Mavericks won 119-109, and acknowledged the difficulty of staying focused "on going out and playing basketball knowing what happened in this state."

Robb Elementary School, located about 85 miles west of San Antonio, has an enrollment of just under 600 students, and Arredondo said it serves students in the second, third and fourth grades. This was the school's last week of classes before summer break.

"Uvalde, there are no right words," the San Antonio Spurs wrote in a statement posted to Twitter. "Our hearts are with you and all of our neighbors impacted by today's horrific shooting."

Prior to Wednesday's Game 5 of the East finals, Heat coach Erik Spoelstra opened his news conference by reflecting on the tragedy and extending his sympathies to the victims' families.

"I think there's certainly -- after continued events, there's a call to action," Spoelstra said. "I think everybody is trying to figure out a way to be heard, to force some kind of change from the people that can make change. I just really feel for all the families."

The Astros and Cleveland Guardians observed a moment of silence and reflection for the victims before their game in Houston.

"Tonight we play for Uvalde, Texas," the WNBA'sDallas Wingssaid in a statement. They would go on to defeat the Sun 85-77 in Connecticut. Afterward, Wings guard Arike Ogunbowale echoed Kerr, emphasizing, "Something has to change."


"We can't just keep saying 'Rest in peace' to people every week and every day, every other day," she said. "Yes, we're playing sports ... but that's heavy on our hearts because these are kids. These could be our future kids. We're going to be in Texas for a while; that could have been our kids in the future."

Minnesota Lynx coach Cheryl Reeve's voice broke as she addressed the shooting, its impact and her fear for her 7-year-old child.

"You ask the same thing every time, 'How many more?'" she said. "To be supposedly world leaders and to miss so badly in taking care of our own people. We feel terrible for the families. My kid got out of the car today, and I ran and hugged him. I can't imagine what those families go through. Tomorrow, the next day, the next week ... we know it's going to happen again. It's disgusting."

Warriors guard Damion Leecommented on how "it's easier to get a gun than baby formula right now," adding, "That's unbelievable in this country that we live in."

The shooting was the deadliest at a U.S. grade school since a gunman killed 20 children and six adults at Sandy Hook Elementary School in Newtown, Connecticut, almost a decade ago. And it came just 10 days after a gunman in body armor killed 10 Black shoppers and workers at a supermarket in Buffalo, New York, in what authorities say was a racist attack. Just two days after the Buffalo mass shooting, one person was killed and five others were wounded in a shooting at a Taiwanese church inLaguna Woods, California, that was described by the Orange County sheriff as a "politically motivated hate incident."

"I'm fed up. I've had enough," Kerr said. "We can't get numb to this. We can't sit here and just read about it and go, well, let's go have a moment of silence."

Kerr slammed the table one more time before his final statement: 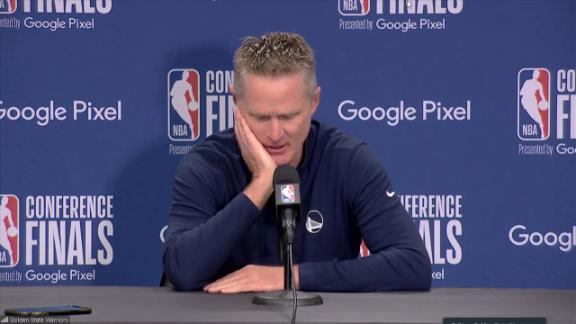