When Andy Reid coached his first conference title game, where was his competition? 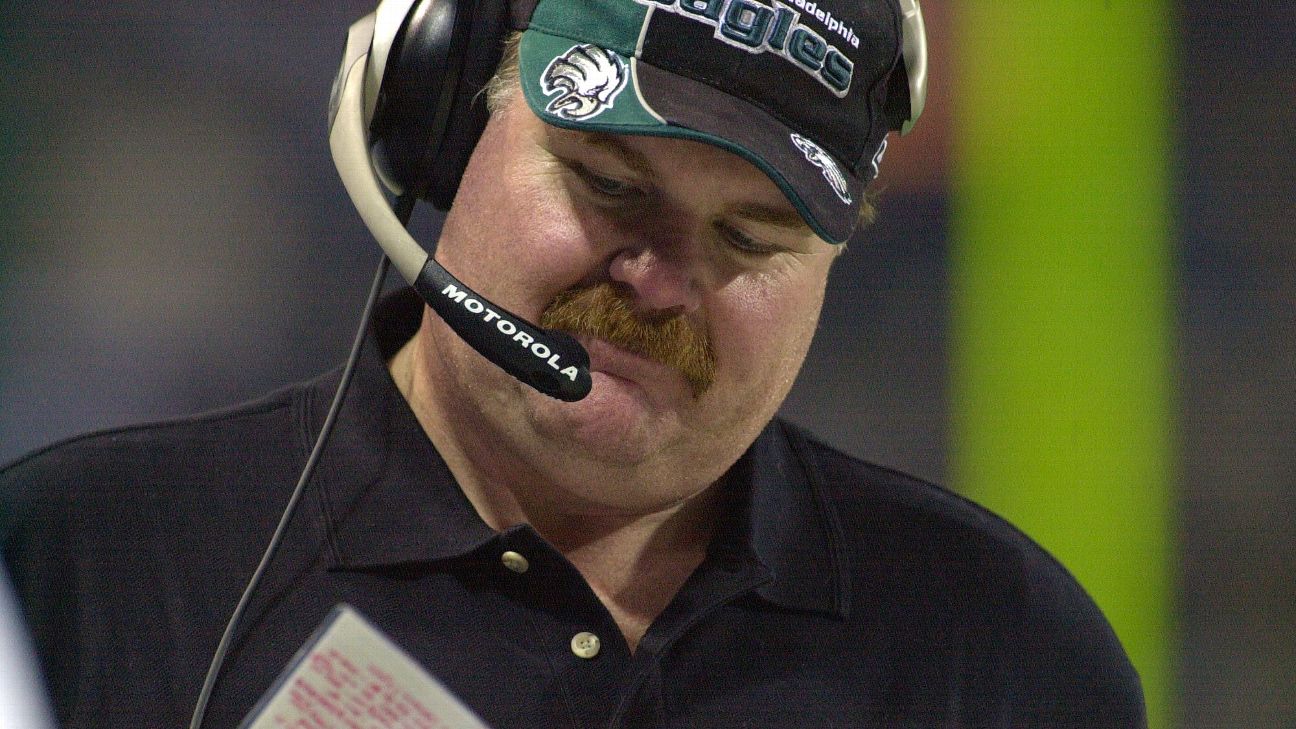 It's NFC championship weekend, Jan. 27, 2002. There's Andy Reid, head coach and offensive guru for the Philadelphia Eagles, mustache a little darker than it is now. The Eagles are facing the Greatest Show on Turf St. Louis Rams in what would be Reid's first appearance in an NFL conference title game.

This weekend with the Kansas City Chiefs, Reid is coaching in his sixth conference title game. The three other coaches working Sunday -- Mike Vrabel (Tennessee Titans), Kyle Shanahan (San Francisco 49ers) and Matt LaFleur (Green Bay Packers) -- are making their first appearances. Reid, who is 61, is almost 20 years older than any of the other three.

So, where were the young guys when Reid was on his way to his first conference title game?

Where he was in 2001-02: LaFleur was the starting quarterback for the Saginaw Valley State Cardinals. As a junior, he completed 59% of his passes for 3,119 yards, 24 touchdowns and eight interceptions for the Michigan school.

The Cardinals, 11-1 in the regular season, made the Division II playoffs. In the first round, they fell behind 32-7 to Indiana (Pennsylvania) before LaFleur led a second-half rally capped by an 11-play, 98-yard drive on which LaFleur scored the winning touchdown. The Cardinals won 33-32 but lost in the next round of the playoffs to Grand Valley State, coached by current Notre Dame coach Brian Kelly.

Where he is now: LaFleur led Green Bay to a 13-3 record and NFC North title, becoming the only coach in Packers history to make the playoffs in his first season. The Packers face the 49ers in the NFC Championship Game (Sunday, 6:40 p.m. ET, Fox) after losing to them during the regular season.

Where he is now: Shanahan is 23-25 in his third season as 49ers coach. After losing records in his first two seasons, the 49ers finished 13-3 and took the NFC's top playoff seed. The 49ers dominated the Packers in their first meeting this season. In winning 37-8, the 49ers' defense held Packers quarterback Aaron Rodgers to 104 yards passing.

Where he was in 2001-02: After four seasons with the Pittsburgh Steelers, Vrabel signed with the Patriots for the 2001 season, when he would start 12 games. Vrabel had four tackles as the Patriots upset the Rams in Super Bowl XXXVI and a dynasty began.

Where he is now: Vrabel is 18-14 in his second season as Titans coach. At 9-7 this season, Vrabel's team needed help getting into the playoffs as the last wild-card team. Since getting in, all Tennessee has done is beat the defending Super Bowl champion New England Patriots in the wild-card round, then the No. 1-seeded Baltimore Ravens in the divisional round. Vrabel and the Titans will face the Chiefs in the AFC Championship Game (Sunday, 3:05 p.m. ET, CBS). 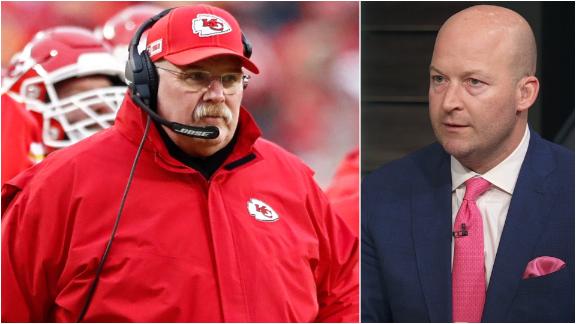