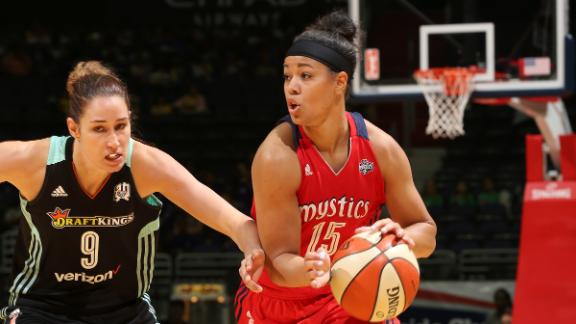 NEW YORK -- Social activism is coming at a cost for WNBA players.

The WNBA has fined the New York Liberty, Phoenix Mercury and Indiana Fever and their players for wearing black warm-up shirts in the wake of recent shootings by and against police officers.

The Liberty have worn the plain black shirts four times, including Wednesday morning against Washington. The Mercury and Fever wore them Tuesday night. While the shirts were the Adidas brand -- the official outfitter of the league -- WNBA rules state that uniforms may not be altered in any way.

"We are proud of WNBA players' engagement and passionate advocacy for non-violent solutions to difficult social issues but expect them to comply with the league's uniform guidelines," WNBA president Lisa Borders said in a statement provided to The Associated Press on Wednesday night.

The league sent out a memo earlier this week to the teams reminding them of the uniform policy.

The memo came out after Minnesota, New York and Dallas all wore shirts in remembrance of two men who were shot by police and the five Dallas police officers who were killed in an attack on July 7.

The Lynx only wore their shirts once and said they will shift their focus to addressing the issue in other ways.