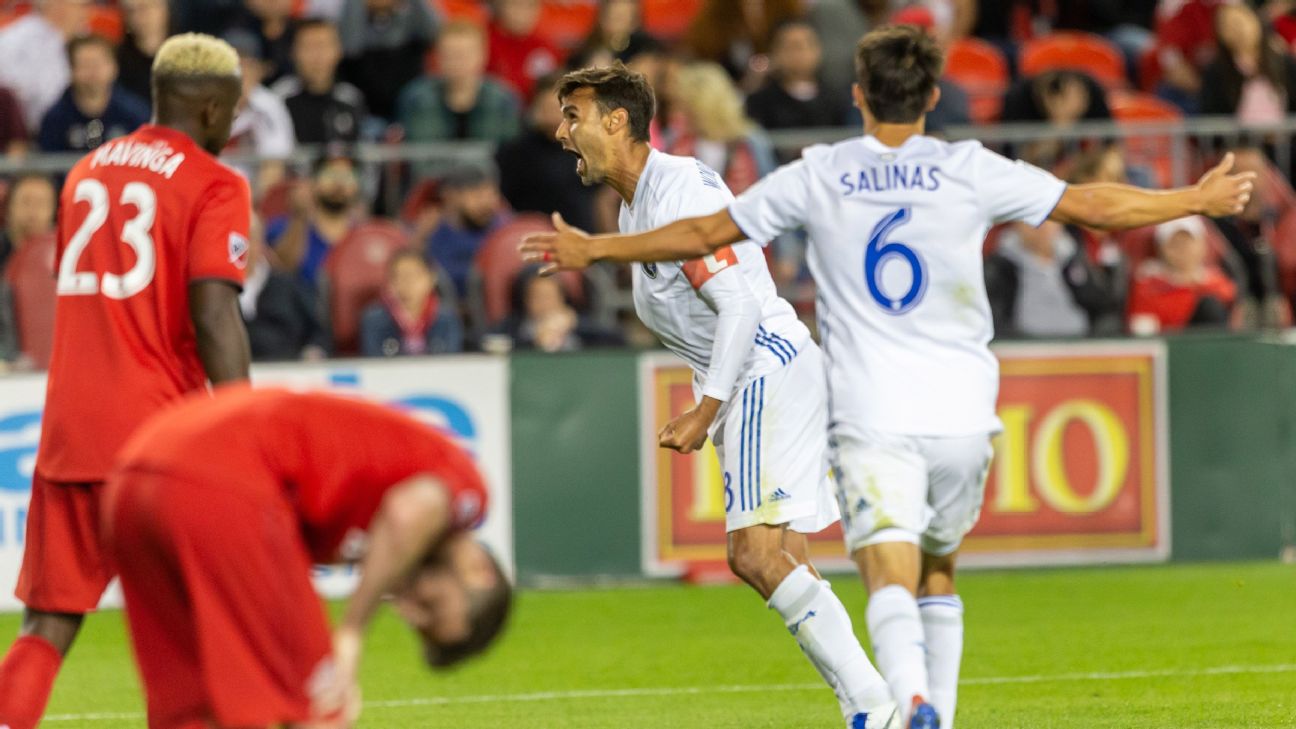 Chris Wondolowski scored two goals, including the game winner in the 81st minute, to give the San Jose Earthquakes their first road victory of the season, 2-1, over Toronto FC on Sunday night.

Wondolowski, who broke Landon Donovan's MLS career goal scoring record (145) with a four-goal outburst in a 4-1 victory over the Chicago Fire last week, scored career goals No. 149 and 150 to give him six goals over two games. He had not scored in his first 10 appearances this season.

Cristian Espinoza assisted on both tallies Sunday, and Daniel Vega finished with two saves for the Earthquakes, who improved to 5-2-2 over their last nine games and 1-3-2 on the road this season.

Richie Laryea scored for Toronto, which lost for the fourth time (0-4-1) in its last five games. Quentin Westberg had one save for the Reds.

Laryea, a 24-year-old midfielder from Toronto who was the seventh pick of the 2016 MLS SuperDraft by Orlando City SC, scored his first career MLS goal in the 28th minute to give the Reds a 1-0 lead. The former University of Akron star cut down the middle of the box and smashed Marco Delgado's crossing pass from the right side of the box into the top left corner of the net.

San Jose tied it nine minutes later when Wondolowski, slicing across the middle of the 6-yard box, coolly redirected an Espinoza cross from the right side of the box into the left side of the net.

The Earthquakes missed an excellent chance to take the lead in the first minute of first-half stoppage time when Magnus Eriksson set up Espinoza slashing toward the middle of the 6-yard box, but Westberg blocked his point-blank attempt.

Vega then denied a Toronto a chance to go in front in the 59th minute when he stopped Justin Morrow's right-footed shot from the right side of the 6-yard box off a nice setup by Laryea.

A wide-open Wondolowski then scored the game winner when he cut to the middle of the 6-yard box and redirected Espinoza's crossing pass from the right side. 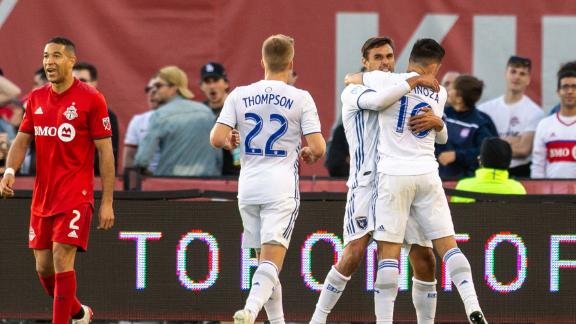 Wondolowski delivers for Quakes in Toronto
Chris Wondolowski found the net twice, as the San Jose Earthquakes came back from a goal down to secure a 2-1 victory over Toronto. 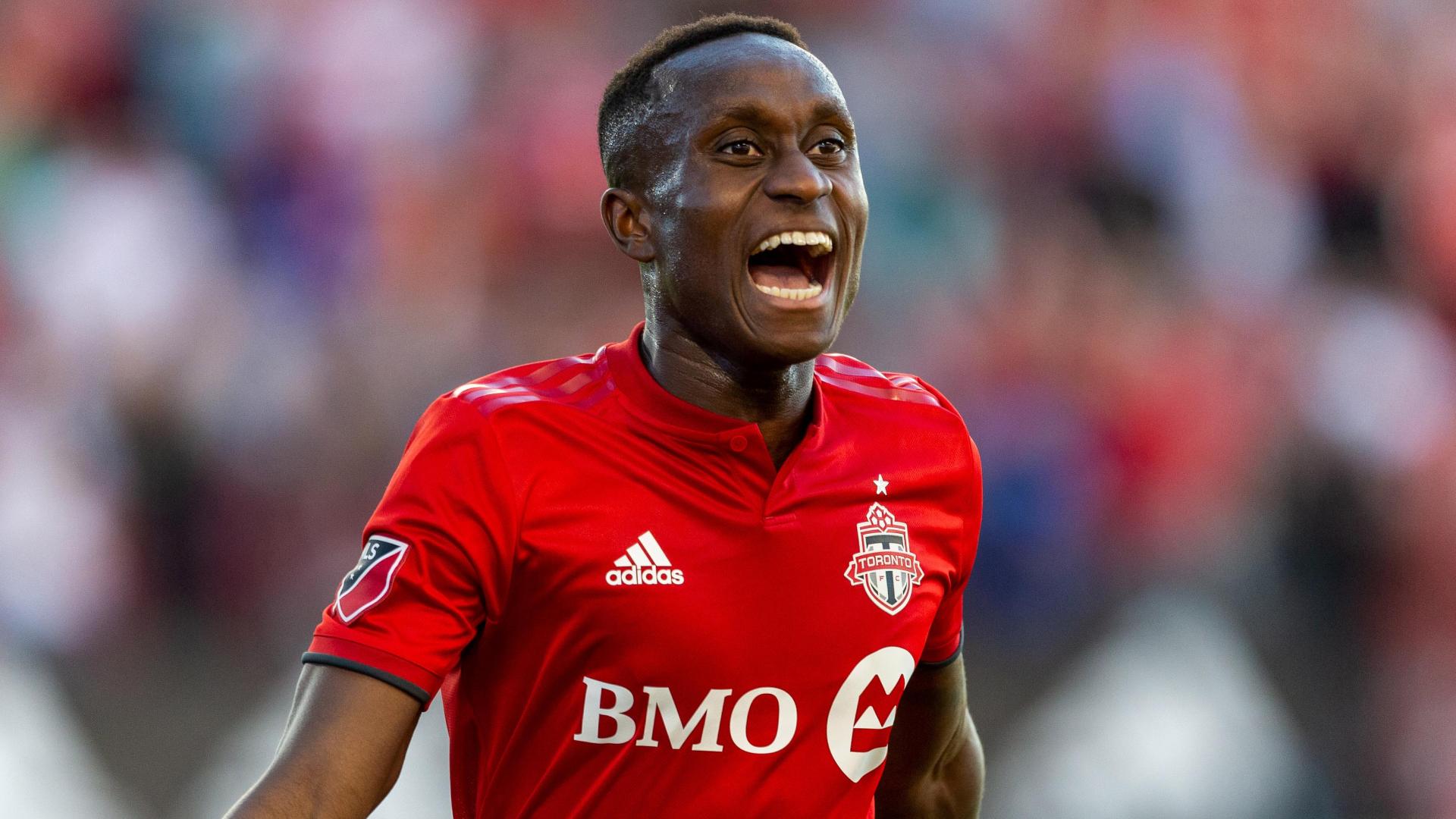