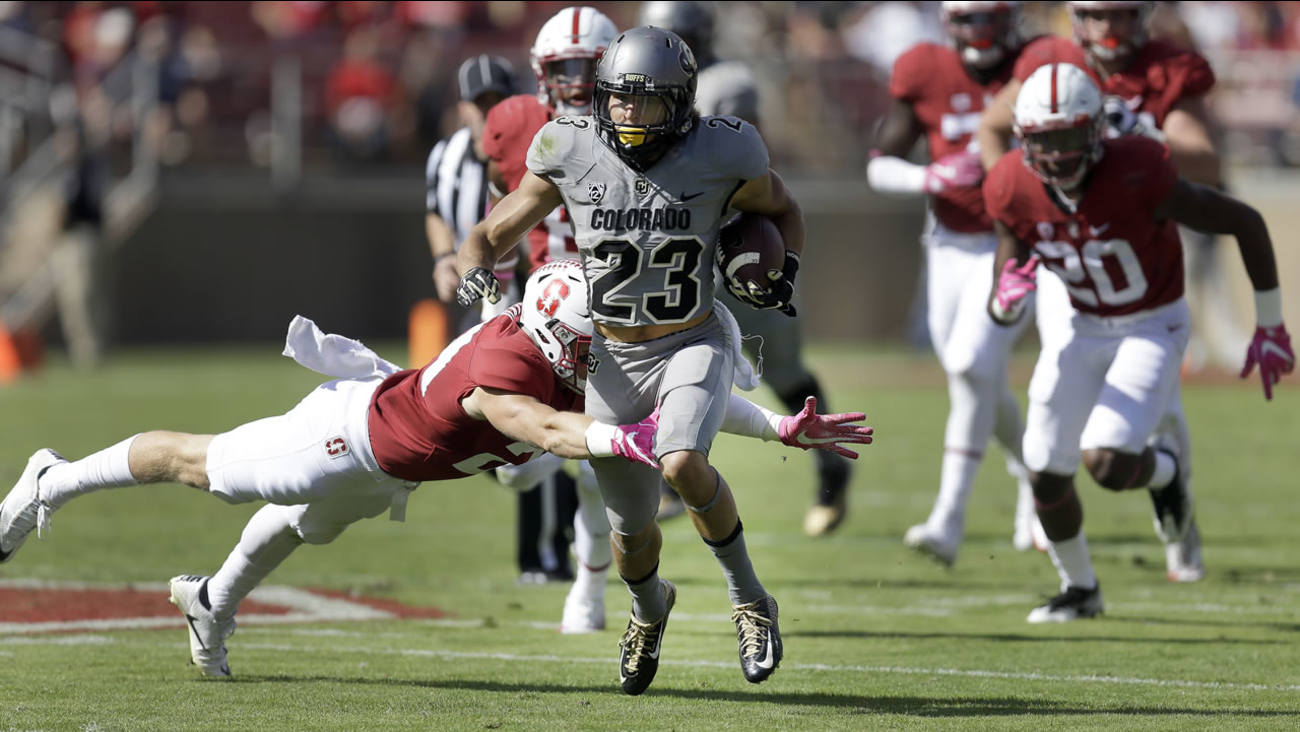 STANFORD, Calif. -- Phillip Lindsay rushed for 131 yards despite being held out most of the second half and Colorado overcame a sloppy day offensively to beat Stanford 10-5 on Saturday to become bowl eligible for the first time in a decade.

Chris Graham kicked a 23-yard field goal with 2:13 remaining after being benched following two earlier misses, propelling the Buffaloes to their first win over the Cardinal since joining the Pac-12 in 2011.

Colorado (6-2, 4-1) went into the day tied with Utah for first place in the South division and inched one step closer toward a possible berth in the conference title game despite an off day by the offense.

The Buffaloes missed three field goals and had a touchdown called back by a pass interference penalty but held the Cardinal to three points while winning for the fourth time in five games. Quarterback Sefo Liufau passed for 135 yards with one touchdown despite being sacked six times.

Stanford (4-3, 2-3) failed to score a touchdown for the first time this season despite getting running back Christian McCaffrey back in the lineup.